Classism is a form of social justice that focuses on the difference of status between groups and individuals. They are recognized through numerous ways in the media and within society. It establishes the idea that members of society should be perceived differently based on the class they belong to. In the end, people have the desire to meet such standards to the extent that their individuality and accord with one another is affected. The Handmaid’s Tale is a novel written by Margaret Atwood in the twentieth century.

Don't use plagiarized sources. Get your custom essay on
“ Classism is a form of social justice that focuses on the difference ”
Get custom paper
NEW! smart matching with writer

The story revolves around a female character that tells the story from her perspective about the specific class each character is defined by. Each class has a clear-cut role and behaviour to practice in the Gilead Republic.

In Wuthering Heights, a novel written by Emily Bronte, the story takes place in the nineteenth century. It is focused on the distinction between the two families of different classes. Characters introduced in this novel are defined by their actions and physical attributes.

Classism is a form of social justice that focuses on the difference. (2021, Jun 20). Retrieved from https://studymoose.com/classism-is-a-form-of-social-justice-that-focuses-on-the-difference-essay 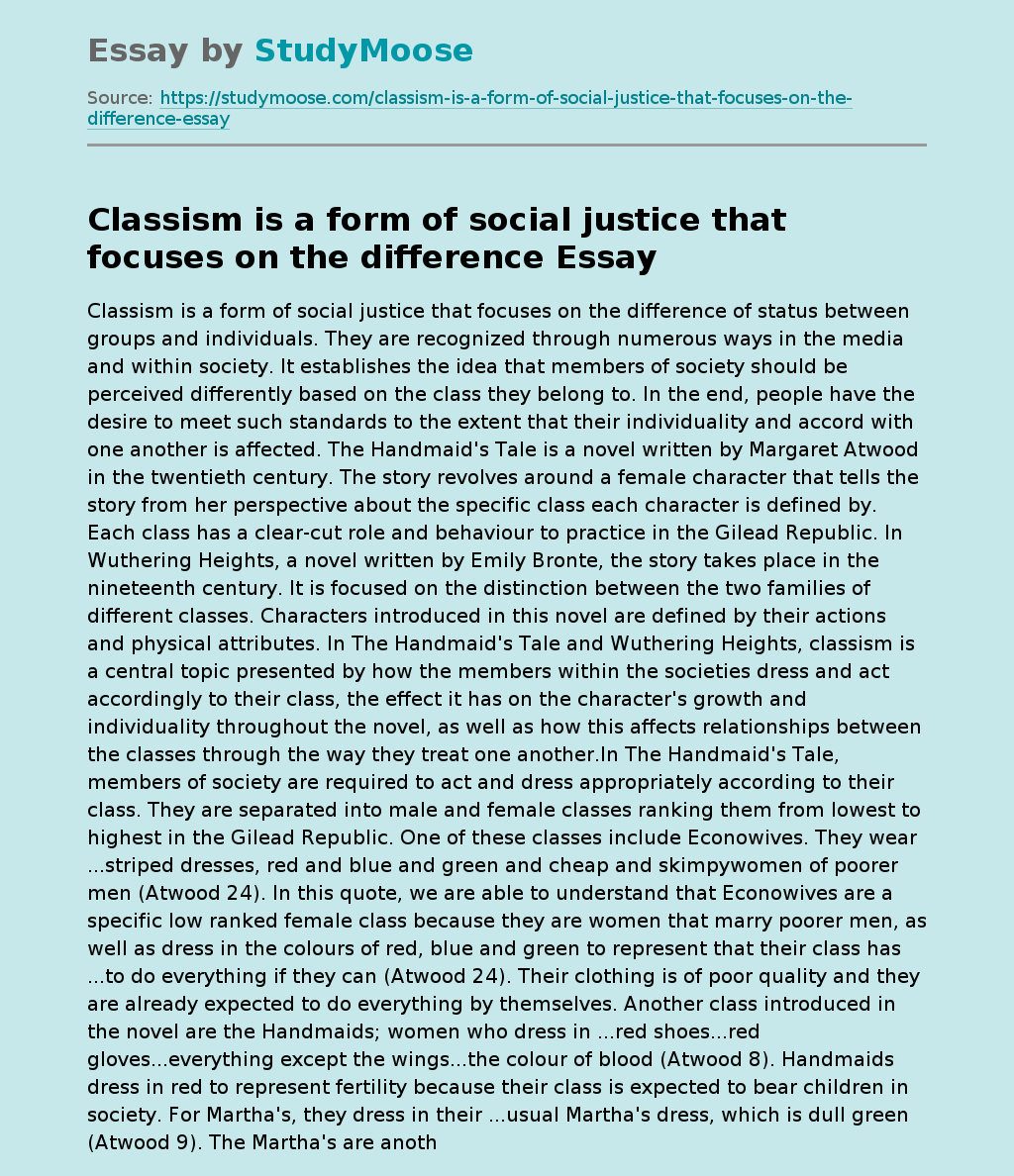