Richman Investments has decided to expand their business. We have been given their new growth projections of 10,000 employees in 20 countries, with 5,000 located within the U.S. Richman has also established eight branch offices located throughout the U.S. and has designated Phoenix, AZ being the main headquarters. With this scenario, I intend to design a remote access control policy for all systems, applications and data access within Richman Investments.

With so many different modes of Access Control to choose from it is my assessment that by choosing only one model would not be appropriate for Richman Investments.

Turn in your highest-quality paper
Get a qualified writer to help you with
“ Clark and Wilson Information Systems’ Integrity Model ”
Get high-quality paper
NEW! AI matching with writer

My recommendation would be a combination of multiple Access Control Models that overlap to provide maximum coverage and overall security. Here are my suggestions for access controls.

Role Based Access Control or RBAC, this will work well with the Non-Discretionary Access Control model, which will be detailed in the next paragraph. RBAC is defined as setting permissions or granting access to a group of people with the same job roles or responsibilities .

Constrained User Interface incorporates similar concepts of two other access control models that have been detailed, Role Base and Rule Base. Constrained User Interface is defined as a user’s ability to get into certain resources based on the user’s rights and privileges. These rights and privileges are restricted and constrained on the asset they are attempting to access. While this requires many levels of protection it provides limitations on the request access to the resources available within the organization. 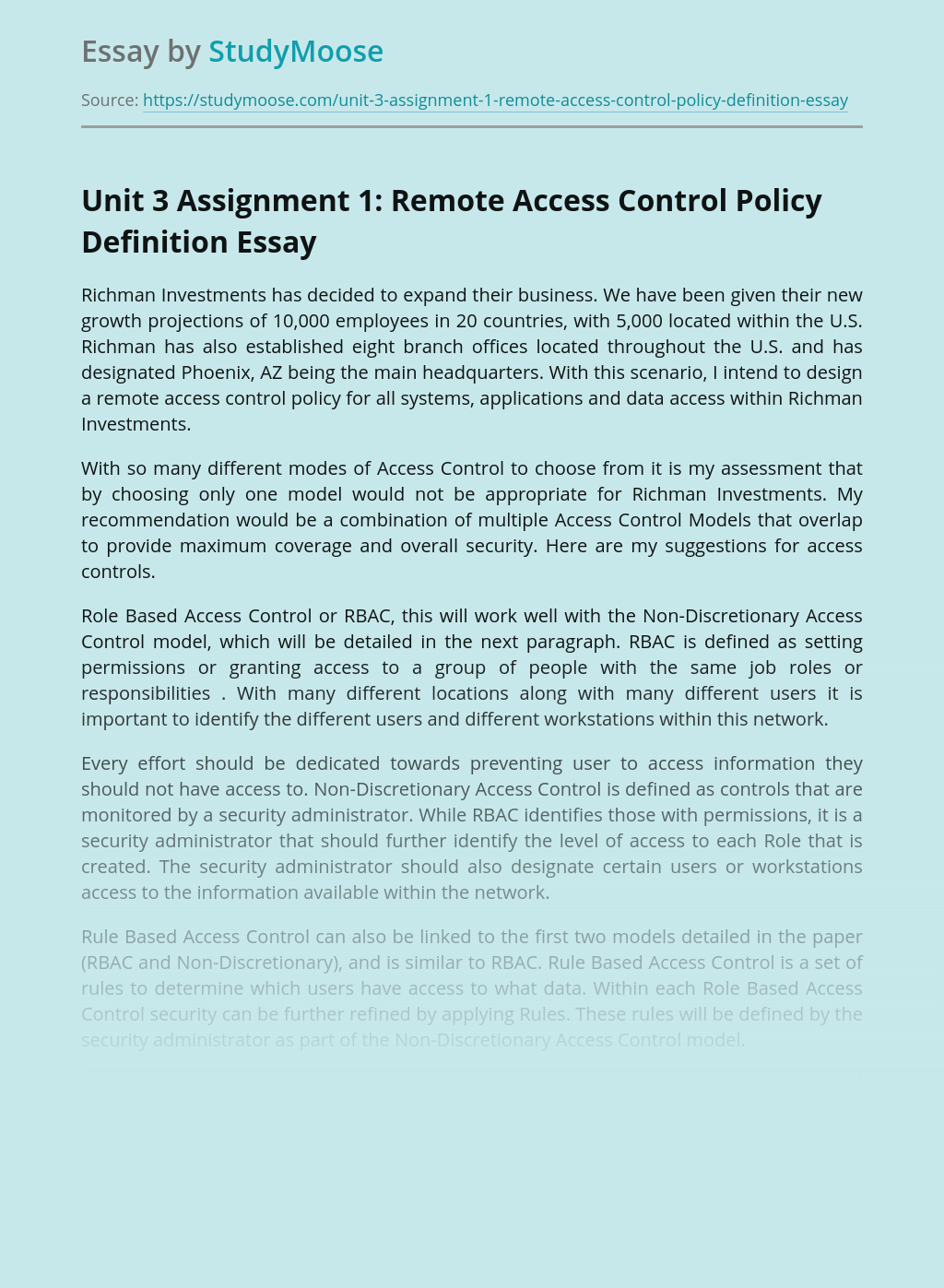 Turn in your highest-quality paper
Get a qualified writer to help you with
“ Clark and Wilson Information Systems’ Integrity Model ”
Get high-quality paper
Helping students since 2015
Stay Safe, Stay Original