Zilan Cen et al. (2013) analysed the chairperson’s statements in the Chinese context and assessed its impact on the Chinese stakeholders. Hence, the research by Zilan Cen et al. (2013) involved analysing any difference between the length, percentage of passive sentences, number of personal references, number of financial indicators mentioned and percentage of sentences referring to future development in the in the Chairman’s statements CARs of 100 profitable and 100 non profitable Chinese firms for the years ending in 2010 and 2011. These companies were selected from the Shanghai and Shenzhen Stock Exchanges.

Zilan Cen analysed the length using the number of words and sentences in the letters instead of number of words and pages, unlike Clatworthy and Jones (2006) since some pages might just contain pictures and hence create a conundrum. Word Count and Spelling and Grammar functions in Microsoft Word were used for the analysis. As a result, on average, chair’s statements of profitable companies were found to be 180 words more than their counterparts of least profitable companies, representing 10% more in length.

This fining corresponded with both Kohut and Segars’s American study in 1992 and Clatworthy and Jones’s (2006) study in the UK.

Second, the disclosure of such information may serve to persuade shareholders that despite a poor income for the current year, there is a bright future ahead. The significant result corresponds with that of Clatworthy and Jones (2006). On the whole, Zilan Cen concluded with his research that impression management motives do exist in Chinese chairs’ statements. 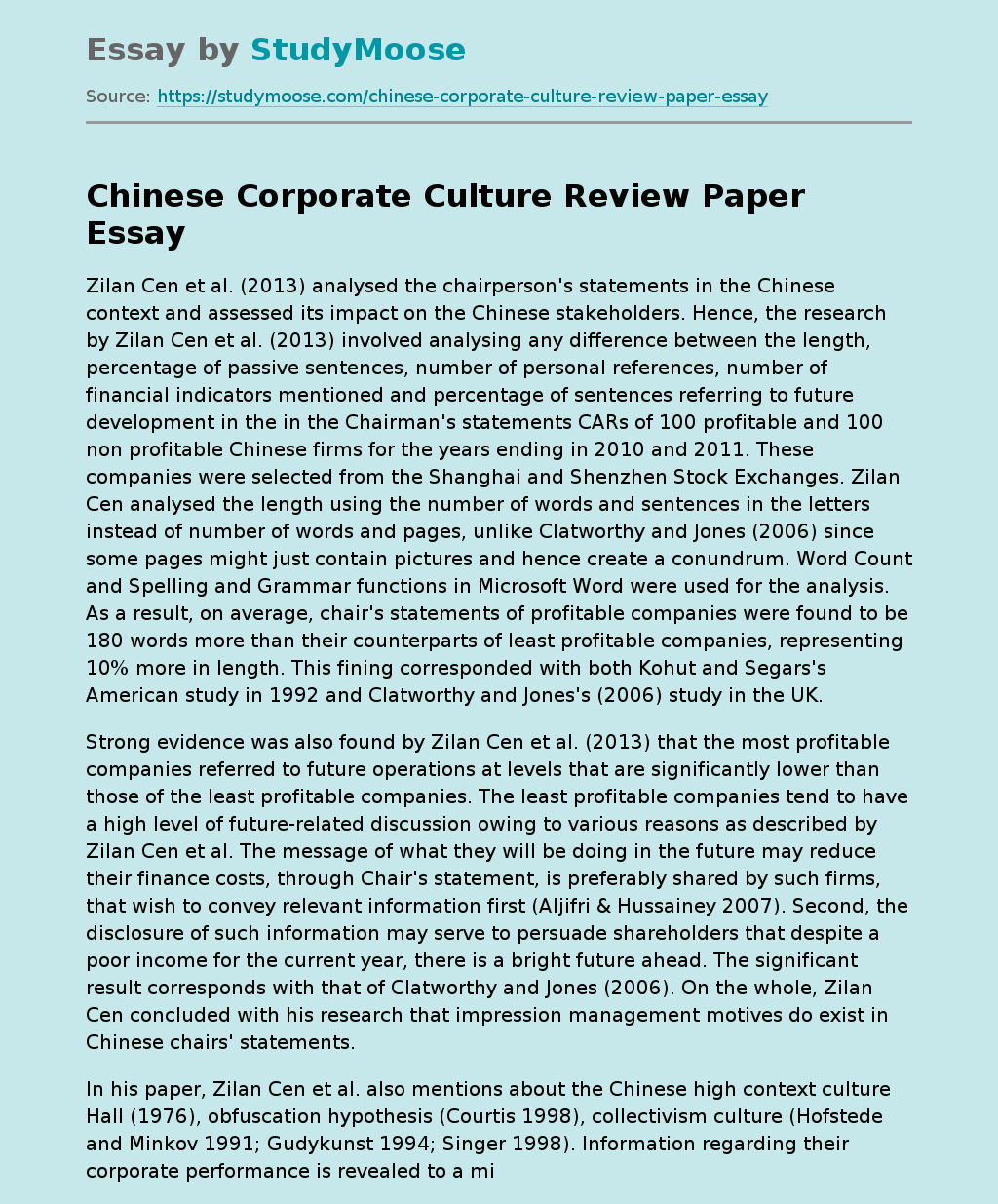