Child Labour Should Be Banned

For many of us it is hard to imagine what it would be like growing up, having to work from the age of five and not being able to go to school. ‘Child Labour’ is defined by the United States Department of Labour (DOL) as ‘the employment of boys and girls when they are too young to work for hire; or when they are employed at jobs unsuitable or unsafe for children of their ages’ It is not something we are too familiar with ourselves, living in a wealthy country, but the fact is that there are many Third World countries out there where the economy and living conditions are so bad that children have to work in unsuitable and unsafe situations.

Don't use plagiarized sources. Get your custom essay on
“ Child Labour Should Be Banned ”
Get custom paper
NEW! smart matching with writer

There are certain charities that help, but that it is. Not enough is being done to stop child labour. It is very wrong and should be banned thought out the world and looked at as a disgrace.

Figures from the International Labour Organisation (ILO) show that 218 million children aged between five and seventeen are involved in child labour worldwide.

That means globally one in six children work. This is an extremely large number. Around 150 million of the 218 million are involved in what is know as ‘worst forms’ of child labour, which include work such as forced labour, slavery and sexual exploitation. Many are forced to work without access to the toilet or drinking facilities – this is against human rights.

Child labour of course is different through out the world.

Financial it may be necessary for a family to send their children to work to then be able to get food. Sometimes it can even be a situation of life and death if a child in a family does not work. Other times it may be in the families’ ethic work where the children have to help. Either way, it is not good enough. Children should not have to work.

Child Labour Should Be Banned. (2016, Aug 06). Retrieved from https://studymoose.com/child-labour-should-be-banned-essay 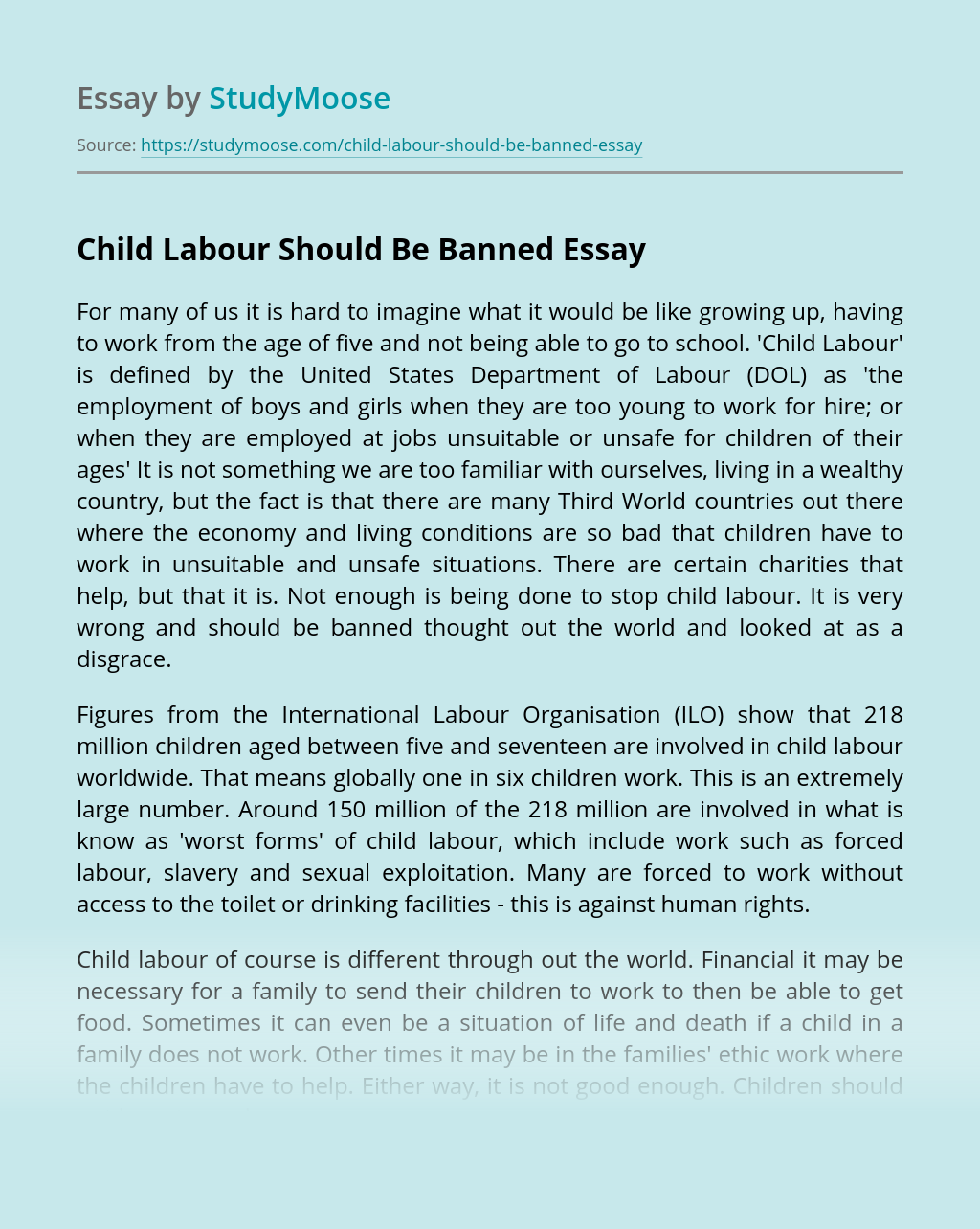