Who was the 35th President of the United States?
John F. Kennedy
What year was he inaugurated?
1961
What did JFK say in his inauguration speech?
– issued a challenge to the population
– mentioned the world was at maximum danger because of the Cold War
– rather than shrinking from danger, the US should confront the “iron tyranny” of communism
(Election of 1960) Why did Eisenhower begin to lose support towards the end of his second term?
– the economy was in a recession
– the Soviet’s launch of Sputnik I in 1957 and their development of long-range missiles led the US to believe they were falling behind
– the U-2 incident
– Cuba’s alignment with the Soviet Union
– questioning whether they were losing the Cold War
(Election of 1960) Who was the Democratic nominee?
Massachusetts Senator John F.
Don't use plagiarized sources. Get your custom essay on
“ Chapter 20, Section 1: Kennedy and the Cold War ”
Get custom paper
NEW! smart matching with writer 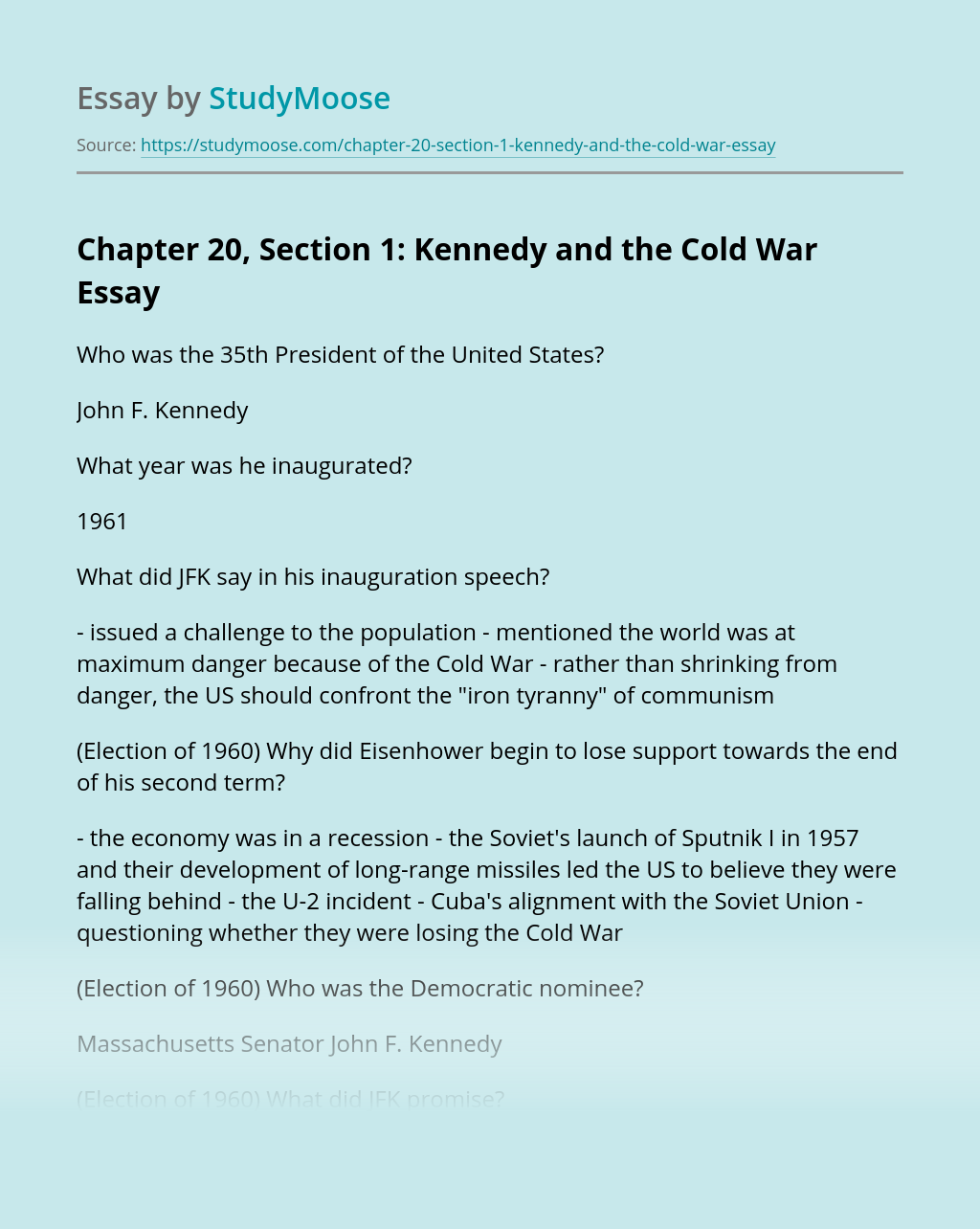