CHAPTER 1INTRODUCTION AND BACKGROUNDOVERVIEW OF CHAPTER 11.0 AIM Design of and an economic analysis of a stand-alone solar system for an off-grid village shop. 1.1 INTRODUCTION More than a billion people live without access to electricity in developing countries. Energy has long been considered as one of the key fundamentals of modern life and if one does not have energy, then they are poor. Absence of energy influences individuals from numerous points of view, kids have less hours to study, medical clinics and facilities have no light to see patients and independent small business cannot power electronic gadgetry (01).

Don't use plagiarized sources. Get your custom essay on
“ CHAPTER 1INTRODUCTION AND BACKGROUNDOVERVIEW OF CHAPTER 110 AIM Design of and an economic ”
Get custom paper
NEW! smart matching with writer

This pushes the residents to thrive for survival by the use of fosiel fuels like oil and natural gas to generate electricity. The use of energy is essential in everyday activities. Energy can be used in electrical appliances e.g. stoves, laptops, fridges etc. and lighting. Fossil fuels like coal, oil and natural gas can be used to generate electricity. As such fuel transportation to produce electricity via generators is expensive due to rough roads and long distances from developed areas. Furthermore, Botswana generates its own electricity using coal at Morupule power station.

CHAPTER 1INTRODUCTION AND BACKGROUNDOVERVIEW OF CHAPTER 110 AIM Design of and an economic. (2019, Aug 20). Retrieved from https://studymoose.com/chapter-1introduction-and-backgroundoverview-of-chapter-110-aim-design-of-and-an-economic-essay 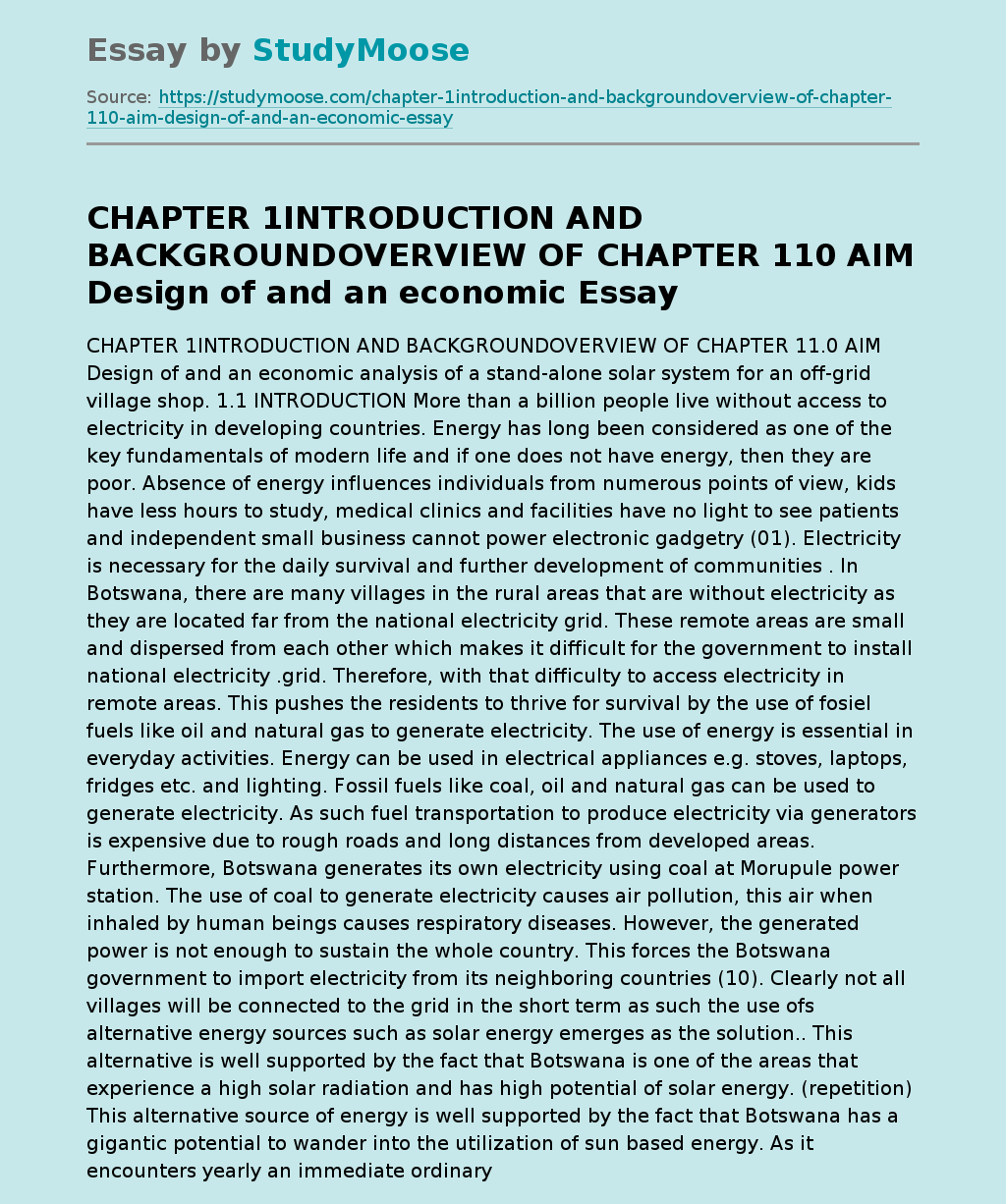