Internet Piracy or Internet Software Piracy is nothing but downloading files like movies, pdfs, songs, TV shows, games, ETC illegally for personal use or to share information on different platforms of social media. It is one of the major problems currently in the world of technology as the practice of internet piracy is spreading faster and faster each day.

Chapter 2: Is BYOD the best for education?

BYOD also known as Bring Your Own Devices refers to all the employees or students to bring their own electronic devices like mobile phones, laptops, tablets, ETC as its main focus is to make more and more children digitally literate.

Don't use plagiarized sources. Get your custom essay on
“ Chapter 1: Is internet piracy a bad thing? ”
Get custom paper
NEW! smart matching with writer

Now a days as the world is progressing hugely in the world of technology. More and more people around the globe are preferring BYOD for their children as compared to previous years.

Electronic waste or E-waste is basically those electrical or electronic devices which are no longer useful or which are at the erg of getting dumped for recycling, reuse or even thrown out considering it as a waste.

Good morning and the topic of today’s debate is internet piracy a bad thing. Internet Piracy which is an illegal practice of downloading files from the net that includes movies, games, songs, ETC are increasing rapidly in everyday life.

And I being a responsible citizen, I strongly oppose it. This internet piracy has become one of the major problem in almost all the industries where the companies face a lot of loss due to this. One such example is the Film Industry. As we all know there is a lot of money invested in making of a movie but due to these piracy issues the makers are facing huge losses. There are few people who rightly go to the theaters to watch it or either they pay legally to watch it. But the majority of them are involved in downloading it illegally which refers to piracy.

“Digital pirates continued to swarm over entertainment in 2017, even with the rise of legal streaming services like Netflix and Spotify. Around 53% of total piracy occurred on unlicensed streaming platforms, and it’s much higher in the U.S. for television (94%) and movie (77%) content”.(SPANGLER, 2018) This the reason why internet piracy is considered illegal. Even though it isn’t causing any physical harm but still it’s no less than a theft. The actual motive of Internet piracy was to contribute towards those people who can’t afford to buy it legally or for the one who doesn’t has the facility to do it. But later due to its popularity and easy way of access it got into more use and hence everyone started to use this way instead of the actual legal way.

Even the government implemented many ideas to stop this several times. “In the U.S., entertainment industry groups have been pushing for more anti-piracy policies. The Record Industry Association of America and Motion Picture Association of America asked ICANN, the non-profit group in charge of naming and organizing the internet domains, to crack down sites that supported copyright-infringed content”.(WILLIAMS, 2015) Even though governments of different countries implemented policies to stop piracy, but still it gets increasing. Another thing which is highly pirated is pornography. Online piracy has given an option for downloading these things illegally for wider audience. As we all know that windows is highly recommended software across the globe but at the same time it’s also the world’s most pirated software too. As the technology is growing day by day the use of internet piracy will increase more and more by one way or the other.

The government should implement some new ways so that the person who is not able to afford this legally can still get access to it without using illegal ways. Also the sites which encourages online piracy should be shut down by the government. In this way the internet piracy will get reduced and the makers/original producers will get their deserving profits. Also there are few people out there who are promoting piracy themselves but have no clue due to lack of knowledge. So it’s the duty of the government as well as of an individual to spread the knowledge about the effects of internet piracy. At the end it may feel satisfactory using piracy for your benefit but at the same time it’s also contributing a loss towards the owner. ?

Chapter 2: Is BYOD the best for education?

BYOD which stands for buy your own devices is a phrase which allows the person to bring their own electronicelectrical devices for work purposes. Nowadays BYOD has become popular in schools all across. As many schools have adopted BYOD for their students as it provided ease for all the students. The main purpose of this technique is to make education for students more interactive and interesting, also to grab their attention and to enhance their learning skills. As we all know today’s youth is likely to work or to learn more onto their personal smart devices as compared to the previous generations. So by this BYOD method the schools can connect their students more closely to education. Those Students who find it difficult to cope up with the studies can also find it more interesting than before. However there are many schools still which hasn’t agreed to this BYOD as they find it not comfortable.

As you can see from the above chart the stats of BYOD in the year 2015 has been recorded a very rapid growth in comparison to the devices provided by the school. This shows that BYOD is achieving its goal by making education more interesting and engaging for both students as well as teachers. Due to BYOD the cost on providing devices can also been reduced and this may lead to a good profit. Using this method the students can enhance their digital knowledge as well as make them digitally literate.

In my opinion BYOD is the best for education most probably for the upcoming generations and it can lead to further more positive results in future. Also its demand in upcoming years will be more and more as our youth prefers digital learning. However one drawback it could have on students is that they might not be able to experience the old ways of education as everyone is moving towards the technology aspect. So the use of paper, pen or anything in physical writing will become less popular. But using BYOD will surely enhance their skills and make them prepare well for upcoming future.

In the end BYOD has been the first choice for most of the schools nowadays and it has gained popularity among the students as well. So usage of BYOD in school and college is highly recommended. There are few schools and colleges that hasn’t yet allowed this in their colleges or schools. But surely in future they have to switch over to BYOD as everyone will prefer BYOD more likely in upcoming days. However everything has its pros and cons so does BYOD. According to few parents the following points stated the negative aspects of BYOD:

It was found that most of the parents stated that their kids might get spoiled or get distracted as using technology isn’t the best always. As a parent it is completely correct to be concerned about the kids but it’s high time that we should take a step ahead. As the worlds is changing rapidly with technology and so it is necessary to make their brains technically intelligent. So for this they should have access to BYOD but also at the same time they must take care that no student uses their devices more than the limit required.

Electronic waste also known as E-waste is nothing but a disposal of electronicselectrical devices which are no longer in use or in a state of use. These wastes can also be recycled. Nowadays the problem of E-waste is increasing rapidly especially in New Zealand. In New Zealand due to these problems it was also found that it was also one of the reasons behind harming the environment.

“Every New Zealander creates an average of 19 kilograms of e-waste a year. That’s a whopping 89 million kg per annum. According to the Ministry for the Environment that number is expected to rise to 26.9kg per person by 2030”. (DREAVER, 2018) As you can witness from the above picture that the problem related to E-waste is getting worst day by day. The government has also implemented few policies before which made a little difference but still needed much more to cover. The government then started taking serious actions to reduce this issue as it was effecting the greenhouse gas emissions. They were facing lack of approach in most of their previous policies. So the government then decided “to transition a circular economy approach.

Due to these and many other policies like free pick up services which was implemented by the Auckland council was a very successful policy which included door to door services that would come at your place to collect E-waste so that it could be recycled and reused. These things clearly shows that the NZ GOVT is surely putting their effort in reducing the e-waste pollution.

However due to this there were few people who were ready to pay for safe disposal of their electronic waste such as laptops, tabs, mobiles, TV. But at the same time some people refused to pay any amount. The government even planned recycling centers in many parts of the New Zealand country for better results.

After seeing and going through a lot of research. I definitely feel that even though New Zealand produces a lot of Electronic Wastes but due to the efforts and implementations of the government to fight against this has made a lot of differences through years. They may have failed few times but yet they also showed positive results and still continues to fight against it. The people in New Zealand have also played a crucial role as they too showed interest in it. 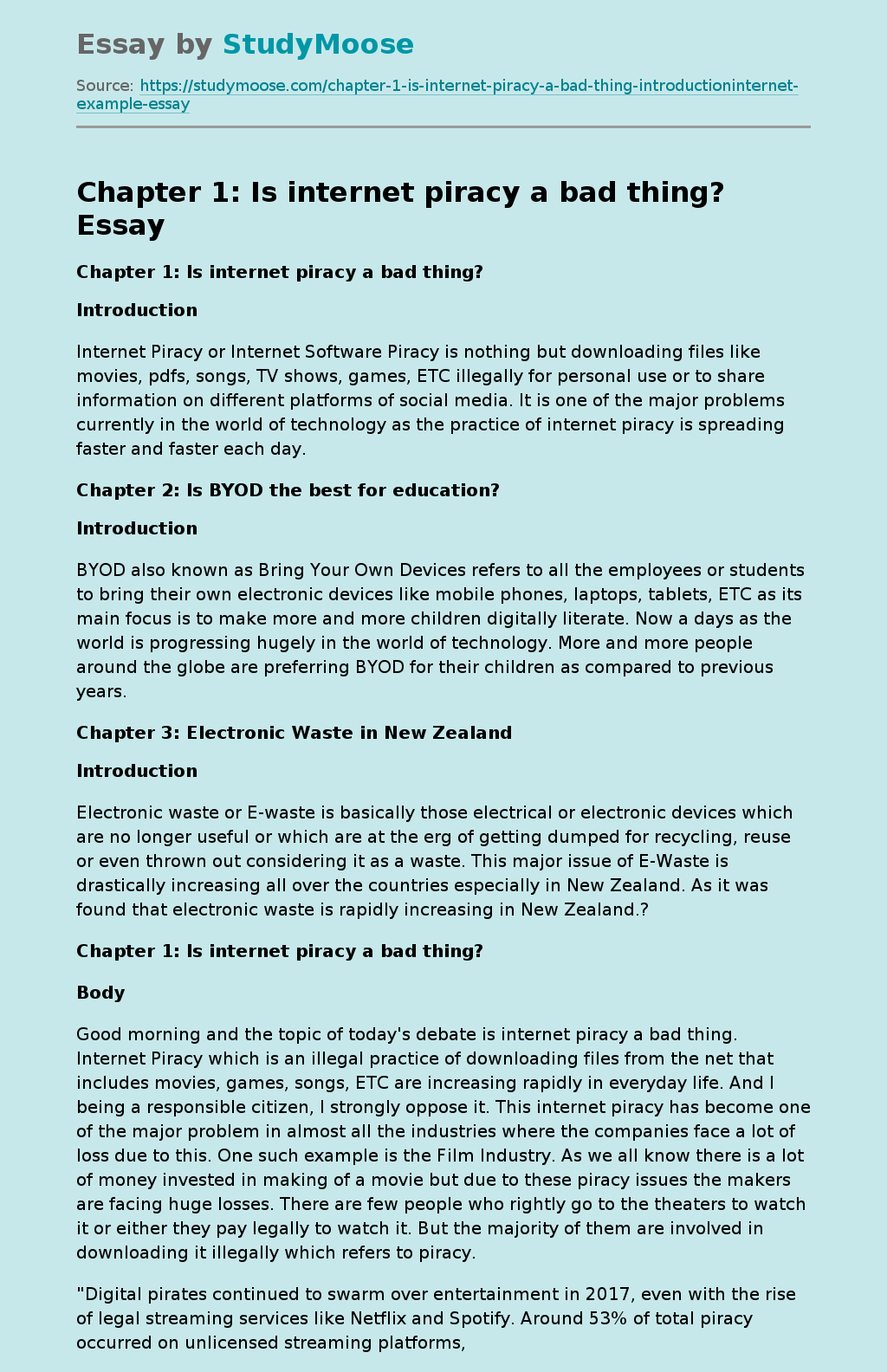