If the process of plate tectonics were to completely stop then the ability of the Earth to create mountains through the collisions of two different plates would stop as well. This would mean that erosion would eventually abrade these mountains and the amount of sediment created by this activity would eventually reach the numerous oceans and seas. The end result would be a rise in sea level that would eventually swallow up the entire land mass of the Earth and sort of global ocean would be created as a result (Life in the universe 2001).

Don't use plagiarized sources. Get your custom essay on
“ Certain Chemicals ”
Get custom paper
NEW! smart matching with writer

This would of course mean the extinction of all the land based species on the surface of the planet. B. ) Weathering helps initiate the erosion of rocks, topsoil or other exposed surfaces of the Earth through either changes in the climate or weather conditions while erosion on the other hands deals in the transport of small rocky material after weathering has broken it down (Boardsman 2002). These two processes help to release valuable minerals in the soil which can be carried off to the sea to nourish it or to create land suitable for plant life (Boardsman 2002).

Not only that but it is these two processes that help to regulate the landmass on the planet brought about by plate tectonics which creates new land masse. If erosions and weathering stopped the seas and oceans would not be able to get the valuable nutrients they need to support life and the surface of the Earth would be filled with massive mountains that would make it hard to live on.

A. We should not get worried about exposure to toxic chemicals because almost any chemical at a high dosage can cause harm.

This statement is false. Certain chemicals at even low dosages can be fatal to human beings. For example if ingested even in tiny drops arsenic is fatal to most people and can cause an extremely painful death within hours (Gilbere 2008). Another example is sulfuric acid which can kill a person if splashed on the wrong area of the body. There is actually a wide variety of chemicals in the world today that don’t rely on volume to kill as such a person should take caution when they handle, are near to or have been splashed by any sort of chemical (Gilbere 2008).

B.We should not worry about exposure to UV light and toxic chemicals because though genetic adaptation, we can develop immunity to such chemicals/UV light. Genetic adaptation takes millions of years to accomplish as such overexposure today for a person without proper protection can lead to skin cancer, a variety of skin diseases, a bad sunburn, heat stroke or a variety of other maladies that affect a person’s health (Guhl 2005). As such the present generation or even the next 10 generations would not be able to benefit from any developments in genetic adaptation due to the time evolve.

Due to this people should be wary of their exposure to UV light and must take precautions in order not develop any skin related problems. C. We should not worry about exposure to toxic chemicals because we can use genetic engineering to reduce our susceptibility to the effects of toxic chemicals. Genetic engineering can only do so much when it comes to developing resistance to certain types of chemicals. Not only that since the process would take an incredibly long period of time due to the current level of technology but the present generation or even the one after that would not be able to benefit from it.

1. Which is a better choice at the grocery store: paper bag? Plastic bag? Or tissue bag?

Explain your answer None of the choices given are better choices. Paper, plastic or even tissue bags still represent the use of materials that will eventually fill up landfills and cause pollution. Paper bags are sources from trees as such their use and production means that trees which could have absorbed the carbon dioxide in the atmosphere or provided support for loose top soil to prevent landslides are instead used to hold groceries. Not only that but paper bags are easily destroyed through either physical force or liquid substances.

As such their reusability is rather unreliable under the best of circumstances. One recurring myth is that recycled paper bags actually help the environment unfortunately this is not true as it may seem. The trucks used to transport paper to the recycling centers, the chemicals used to remove the respective dyes from the paper as well as to sanitize it combined with the process of boiling, processing and drying actually uses up more resources and leaves a larger carbon and chemical footprint than processing an average tree into paper.

Plastic bags on the other hand are more durable than paper bags and are easily reused for other purposes such as trash bags, holders or covers unfortunately though in the end they are still thrown away and unlike their paper counterparts do not break down in the environment as easily and when it comes to recycling also uses up more resources to produce than the average plastic bag. Tissue bags on the other hand are just as easily destroyed as paper bags and are just as expensive to recycle.

The best choice would be to bring a cloth bag. The are sold or even given away for free at most department stores, they can be used for several years at a time and not only that they are more easily broken down in the environment as compared to plastic bags.

2. Explain how fossil fuels are formed?

Fossil fuels are formed when organisms such as algae zooplankton, phytoplankton as well other organisms die settle on the sea floor.

Overtime when clusters of these organisms are covered by sand and silt and the conditions are just right their organic structure starts to break down after several million years the end result is a dark liquid material that is processed by refineries and turned into modern day gasoline. The reason it’s called fossil fuels is due to the fact that a fossil, by definition, is the remains of a dead organism and that is what fossil fuels are.

3. Is it ever possible to be completely healthy?

While it is possible through a healthy diet and adequate exercise to attain a healthy body for an extended period of time there are setbacks that happen that prevent people from being completely healthy. For example a person who tried his/ her best to be healthy through dieting or exercise can never prevent his/herself from contracting a disease, virus, sickness etc. No matter who the person is they will get sick several times over the course of their life and as such can never be classified as completely healthy (Brian 2009).

4. Can we design buildings or houses that save energy?

Explain your answer Yes buildings that can save energy can be designed to saved energy can be made and are actually in existence. A lot of houses these days have an insulating material installed in-between the outer and inner wall of the house. When winter comes along this insulating material helps to keep heat in and cold out thus saving on heating bills. Another example is the use of solar panels on the roofs of houses.

These days the use of solar energy panels has been advertised as a means to save electricity and to even make money off of since any excess energy produced can be sent into the local power grid and the homeowners of the solar powered house can make money off of the power company while saving energy at the same time (Flin 2006). 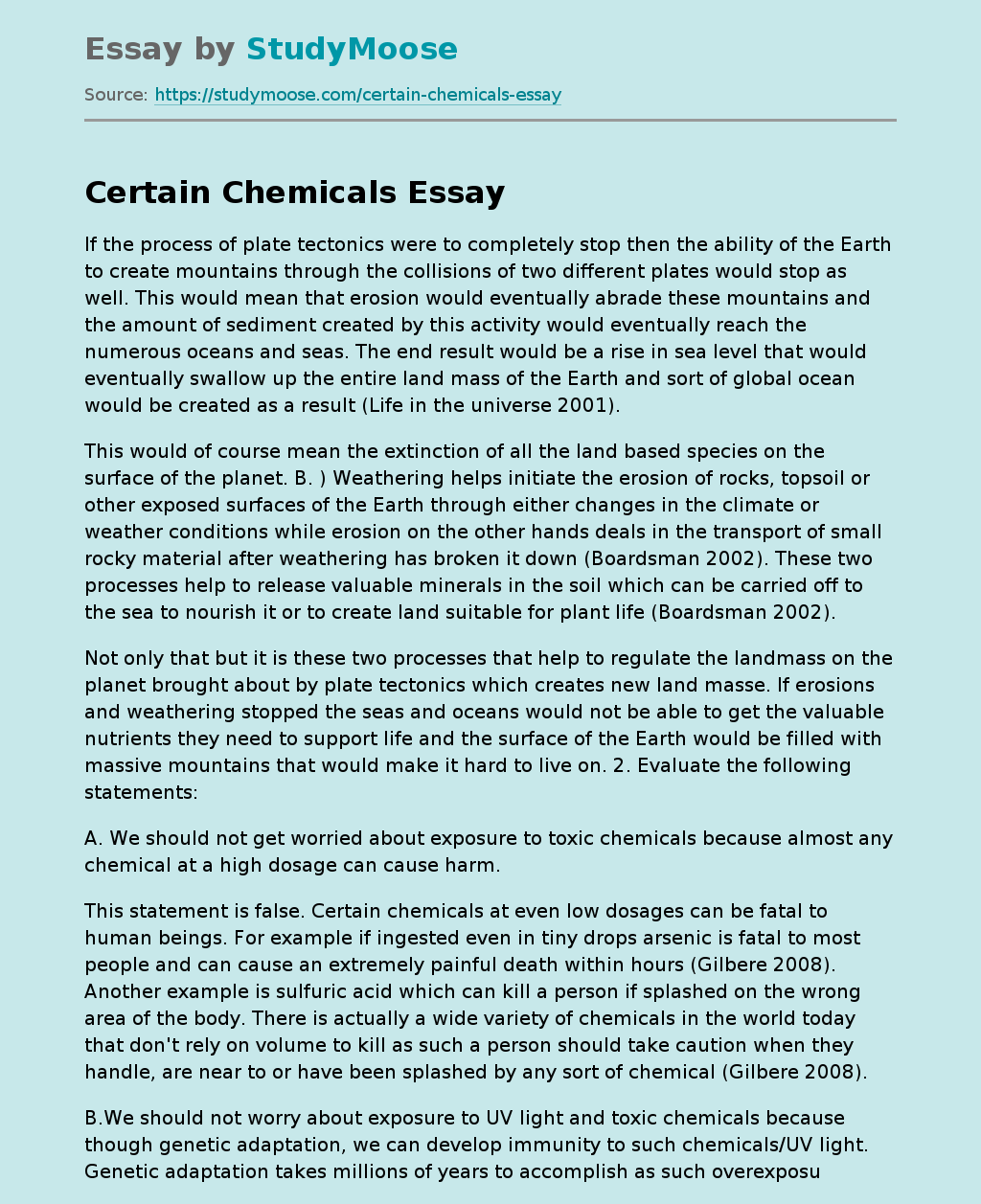