Cell structures come in various shapes and sizes dependent on their location within an organism and what life sustaining process it carries out. These can range from the globular protein of a red blood cell, designed to carry four oxygen molecules at a time to the tail like flagellum of a bacteria designed for mobility and penetration of organs within a body. There are two main types of cells, eukaryotic cells which are generally plant and animal cells and prokaryotic cells, which relate to organisms such as bacteria and fungi, which undergo asexual reproduction.

Don't use plagiarized sources.
Get Your Custom Essay on Cells Structures and Functions Just from $13,9/Page

They both contain organelles such as ribosomes and mitochondria for functions such as protein synthesis and producing ATP from an energy source such as glucose. There is theories which suggest that mitochondria, although now cell organelles, originally were prokaryotic cells as of their unique features such as a double membrane and its storage of DNA. Mitochondria are important in such cells as villi and microvilli, which rely on the production of ATP for the transportation of important products of digestion against their concentration gradient.

Villi/microvilli are finger like projections found on the wall of the small intestine which are folded several times to increase their surface area for maximum absorption. They have a rich blood supply to maintain a concentration gradient and are able to move food throughout the small intestine. The villi are subject to infiltration by other cells such as prokaryotes – namely chorea whose structure is designed to deal with the conditions of the human digestive system. They contain a flagellum to aid movement through the digestive system, a cell wall/capsule to protect against mechanical damage and help bind to other bacteria.

The most potentially dangerous feature of a bacterium is its plasmid. These can contain information for such features as the breaking down of antibiotics, which form due to a selection pressure towards that bacterium that can resist the antibiotics for example. Through horizontal gene transmission, bacterium can pass on their plasmids through conjugation tubes, not only to their own species, but other species so they too can be resistant. Other cells whose structure relate to their function are those involved in gas exchange.

From fish that have gills have various filaments and lamellae to work against the current of water to absorb as much oxygen as possible, they are long and fine to maximise the potential amount of oxygen possible to absorb. Humans use alveoli within the lungs, which are numerous round air sacs with a dense network of capillaries for efficient concentration gradient of oxygen. They have very thin cell walls to allow gas to diffuse through the partially permeable membrane. They are designed to increase surface area in order to absorb as much gas as possible.

They are elastic for the expulsion of air in order to rid of carbon dioxide in the body. Plants gas exchange systems are deliberately interlocked with air spaces between mesophyll cells. This ensures no cell is ever too far away from an air source. Stomata (also known as guard cells) can control the intake of air and the release of air. They open and close in their optimum conditions and have a thick inner wall to control if air can come in or out. Their stomatal aperture adjusts according to the plants conditions and what is needed for photosynthesis and actually respiration. 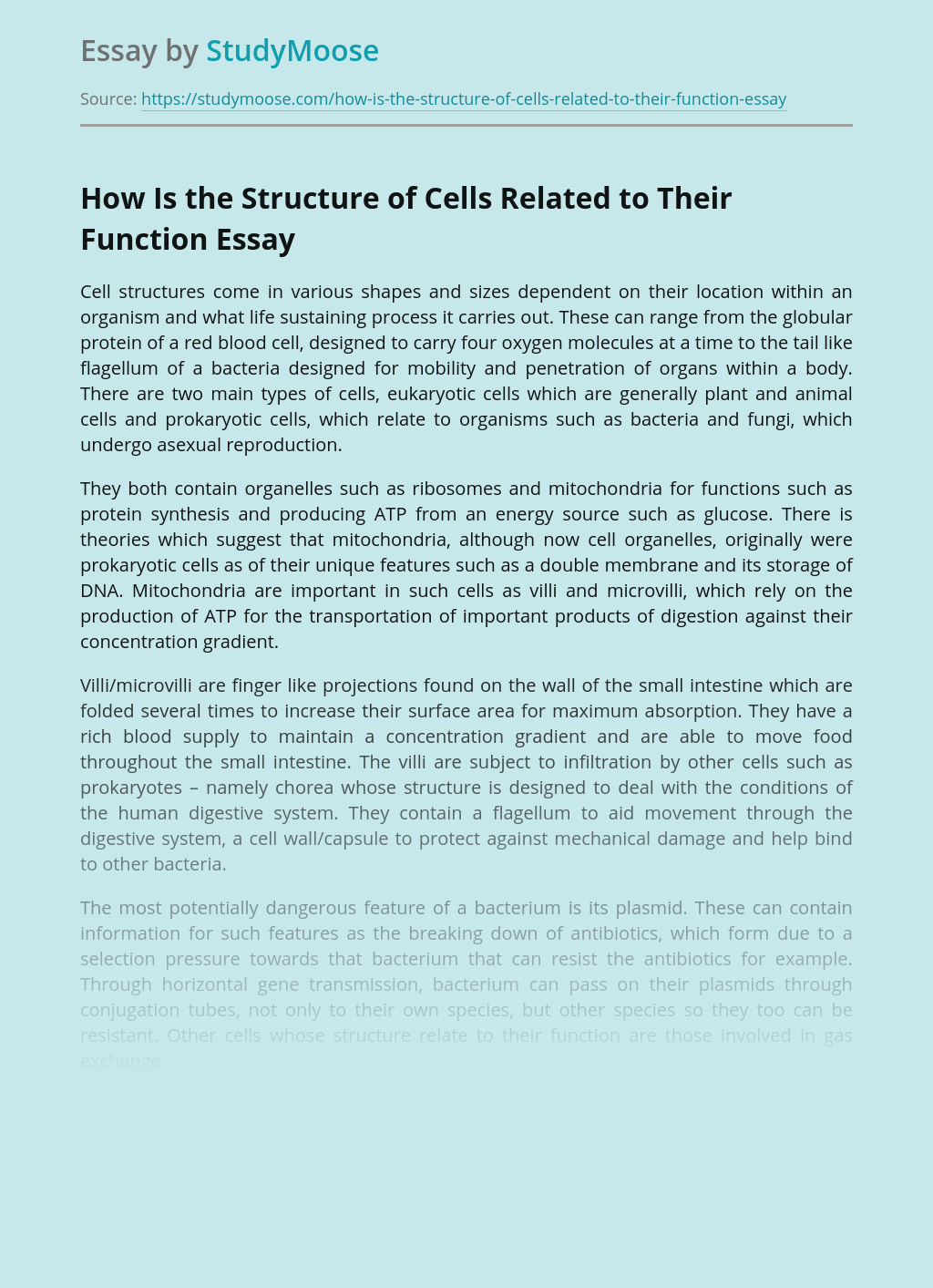 A Question of Person's Gender

Rate this post I am stealth The relationship between gender and work go hand in hand. It is like talking about life and oxygen. Which mean everybody talk about work or gender at least one in their life. It is essential to take an intersectional approach to understand people’s experiences within the economy because people...

Get Essay
My Experience at the Sheraton Toronto Airport Hotel