In biology, cell theory is a scientific theory that describes the properties of cells, the basic unit of structure in every living thing. The initial development of the theory, during the mid-17th century, was made possible by advances in microscopy; the study of cells is called cell biology.

Cell theory states that new cells are formed from pre-existing cells, and that the cell is a fundamental unit of structure, function and organization in all living organisms. It is one of the foundations of biology.

Don't use plagiarized sources. Get your custom essay on
“ Cell Theory ”
Get custom paper
NEW! smart matching with writer

The cell was discovered by Robert Hooke in 1665. He examined (under a coarse, compound microscope) very thin slices of cork and saw a multitude of tiny pores that he remarked looked like the walled compartments a monk would live in. Because of this association, Hooke called them cells, the name they still bear. However, Hooke did not know their real structure or function. Hooke’s description of these cells (which were actually non-living cell walls) was published in Micrographia.

His cell observations gave no indication of the nucleus and other organelles found in most living cells.

The first person to make a compound microscope was Zacharias Jansen, while the first to witness a live cell under a microscope was Antonie van Leeuwenhoek, who in 1674 described the algae Spirogyra and named the moving organisms animalcules, meaning “little animals”. Leeuwenhoek probably also saw bacteria. Cell theory was in contrast to the vitalism theories proposed before the discovery of cells.

The idea that cells were separable into individual units was proposed by Ludolph Christian Treviranus and Johann Jacob Paul Moldenhawer.

All of this finally led to Henri Dutrochet formulating one of the fundamental tenets of modern cell theory by declaring that “The cell is the fundamental element of organization”.

The observations of Hooke, Leeuwenhoek, Schleiden, Schwann, Virchow, and others led to the development of the cell theory. The cell theory is a widely accepted explanation of the relationship between cells and living things. The cell theory states:

•All living things or organisms are made of cells and their products.
•New cells are created by old cells dividing into two.
•Cells are the basic building units of life.
• The cell theory holds true for all living things, no matter how big or small, or how simple or complex. Since according to research, cells are common to all living things, they can provide information about all life. And because all cells come from other cells, scientists can study cells to learn about growth, reproduction, and all other functions that living things perform. By learning about cells and how they function, you can learn about all types of living things. Credit for developing cell theory is usually given to three scientists: Theodor Schwann, Matthias Jakob Schleiden, and Rudolf Virchow.

In 1839, Schwann and Schleiden suggested that cells were the basic unit of life. Their theory accepted the first two tenets of modern cell theory (see next section, below). However, the cell theory of Schleiden differed from modern cell theory in that it proposed a method of spontaneous crystallization that he called “free cell formation”. In 1855, Rudolf Virchow concluded that all cells come from pre-existing cells, thus completing the classical cell theory. (Note that the idea that all cells come from pre-existing cells had in fact already been proposed by Robert Remak; it has been suggested that Virchow plagiarised Remak.)

The generally accepted parts of modern cell theory include:

1.All known living things are made up of one or more cells. 2.All living cells arise from pre-existing cells by division. 3.The cell is the fundamental unit of structure and function in all living organisms. 4.The activity of an organism depends on the total activity of independent cells. 5.Energy flow (metabolism and biochemistry) occurs within cells. 6.Cells contain hereditary information (DNA) which is passed from cell to cell during cell division. 7.All cells are basically the same in chemical composition in organisms of similar species.

Cell Parts and Their Functions

Nucleus
– Large Oval body near the centre of the cell.
– The control centre for all activity.
– Surrounded by a nuclear membrane.

Nucleoplasm
– is the protoplasm in the nucleus.
– contains genetic material —> CHROMOSOMES (DNA)

Cell Membrane
– the outer boundary of the cell.
– it separates the cell from other cells.
– it is porous —> allows molecules to pass through.

Lysosomes
– ” suicide sacs ”
– small structures that contain enzymes which are used in digestion.
– if a lysosome were to burst it could destroy the cell.

Cell Wall ( Plant Cells Only )
– non living structure that surrounds the plant cell.
– protects + supports the cell.
– made up of a tough fibre called cellulose.

Vacuoles
– are clear fluid sacs that act as storage areas for food, minerals, and waste.
– in plant cell the vacuoles are large and mostly filled with water. This gives the plant support.
– in animal cells the vacuoles are much smaller.

Chloro Plasts ( Plant cells only )
– contains a green pigment known as chlorophyll which is important for photosynthesis.

Ribosomes
– tiny spherical bodies that help make proteins.
– found in the cyto plasm or attached to the endo plasmic reticulum.

Endo Plasmic Reticulum ( ER )
– systems of membranes throughout the cyto plasm.
– it connects the nuclear membrane to the cell membrane.
– passageway for material moving though the cell.

Golgi Bodies
– tube like structures that have tiny sacs at their ends.
– they help package protein.

Cell structures come in various shapes and sizes dependent on their location within an organism and what life sustaining process it carries out. These can range from the globular protein of a red blood cell, designed to carry four oxygen molecules at a time to the tail like flagellum of a bacteria designed for mobility and penetration of organs within a body. There are two main types of cells, eukaryotic cells which are generally plant and animal cells and prokaryotic cells, which relate to organisms such as bacteria and fungi, which undergo asexual reproduction.

They both contain organelles such as ribosomes and mitochondria for functions such as protein synthesis and producing ATP from an energy source such as glucose. There is theories which suggest that mitochondria, although now cell organelles, originally were prokaryotic cells as of their unique features such as a double membrane and its storage of DNA. Mitochondria are important in such cells as villi and microvilli, which rely on the production of ATP for the transportation of important products of digestion against their concentration gradient.

Villi/microvilli are finger like projections found on the wall of the small intestine which are folded several times to increase their surface area for maximum absorption. They have a rich blood supply to maintain a concentration gradient and are able to move food throughout the small intestine. The villi are subject to infiltration by other cells such as prokaryotes – namely chorea whose structure is designed to deal with the conditions of the human digestive system. They contain a flagellum to aid movement through the digestive system, a cell wall/capsule to protect against mechanical damage and help bind to other bacteria.

The most potentially dangerous feature of a bacterium is its plasmid. These can contain information for such features as the breaking down of antibiotics, which form due to a selection pressure towards that bacterium that can resist the antibiotics for example. Through horizontal gene transmission, bacterium can pass on their plasmids through conjugation tubes, not only to their own species, but other species so they too can be resistant. Other cells whose structure relate to their function are those involved in gas exchange.

From fish that have gills have various filaments and lamellae to work against the current of water to absorb as much oxygen as possible, they are long and fine to maximise the potential amount of oxygen possible to absorb. Humans use alveoli within the lungs, which are numerous round air sacs with a dense network of capillaries for efficient concentration gradient of oxygen. They have very thin cell walls to allow gas to diffuse through the partially permeable membrane. They are designed to increase surface area in order to absorb as much gas as possible.

They are elastic for the expulsion of air in order to rid of carbon dioxide in the body. Plants gas exchange systems are deliberately interlocked with air spaces between mesophyll cells. This ensures no cell is ever too far away from an air source. Stomata (also known as guard cells) can control the intake of air and the release of air. They open and close in their optimum conditions and have a thick inner wall to control if air can come in or out. Their stomatal aperture adjusts according to the plants conditions and what is needed for photosynthesis and actually respiration. 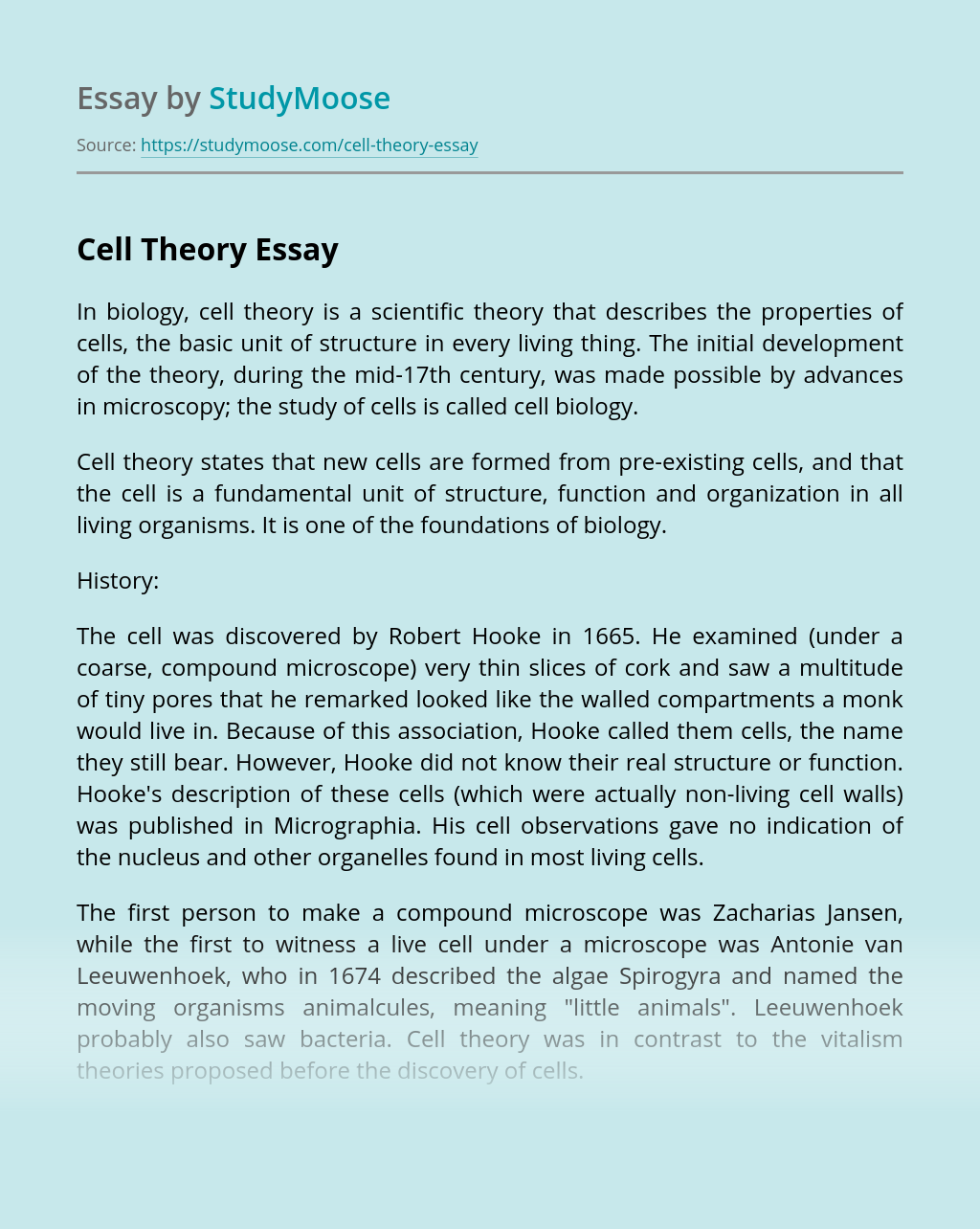