If a student’s cell phone rang during class, it would obviously distract him from the class and whatever the teacher is teaching.

Don't use plagiarized sources. Get your custom essay on
“ Cell Phones in School ”
Get custom paper
NEW! smart matching with writer

It could also be distracting to other students, for if someone was talking on their phone while the teacher was talking, it would be difficult for the students to focus on the teacher. But what if two people answered there phone during class? Or three, or four? It would be quite distracting for those students, and for their classmates.

Plus, it would certainly be distracting for the teacher-trying to talk over students who are talking when they are.

One of the best ways to get in trouble during class is to talk when the teacher is talking, for it distracts the teacher, the student, and their classmates; if cell phone were allowed in school, they would increase the amount of time students are talking when they don’t need to, making the class more difficult to teach, take longer, and be less educational.

Cell Phones in School. (2020, May 24). Retrieved from https://studymoose.com/cell-phones-in-school-essay 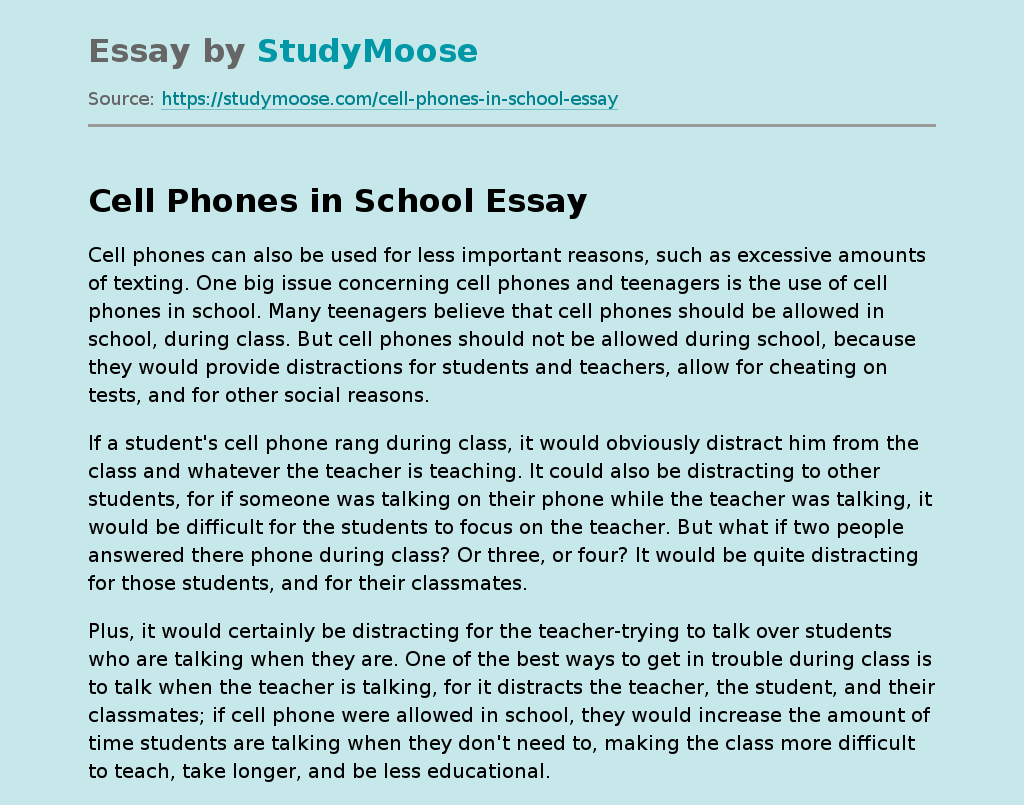