Shays’ Rebellion is the name given to a series of protests in 1786 and 1787 by American farmers against state and local enforcement of tax collections and judgments for debt. Although farmers took up arms in states from New Hampshire to South Carolina, the rebellion was most serious in Massachusetts, where bad harvests, economic depression, and high taxes threatened farmers with the loss of their farms. The rebellion took its name from its symbolic leader, Daniel Shays of Massachusetts, a former captain in the Continental army.

Turn in your highest-quality paper
Get a qualified writer to help you with
“ Causes and Consequences of Shay’s Rebellion in Massachusetts in 1786-1787 ”
Get high-quality paper
NEW! AI matching with writer

If you could not pay the tax then they would shut you down or foreclose you. This hurt many of the small farmers and also the small stores. Some of the other effects were that the faults of the Articles of Confederation were demonstrated.

This made the state leaders decided that there needed to be a change to the federal government. So in this want to change the federal it came about to a Constitutional Convention. Here is where Article 1, Section 8 came to be, this gave the congress the ability to tax the people, which was not the best for the people but better for the states. In conclusion these are a few of the causes and effects of Shay’s Rebellion that effected the people of our great young nation.

Causes and Consequences of Shay’s Rebellion in Massachusetts in 1786-1787. (2016, Dec 31). Retrieved from https://studymoose.com/causes-and-consequences-of-shays-rebellion-in-massachusetts-in-1786-1787-essay 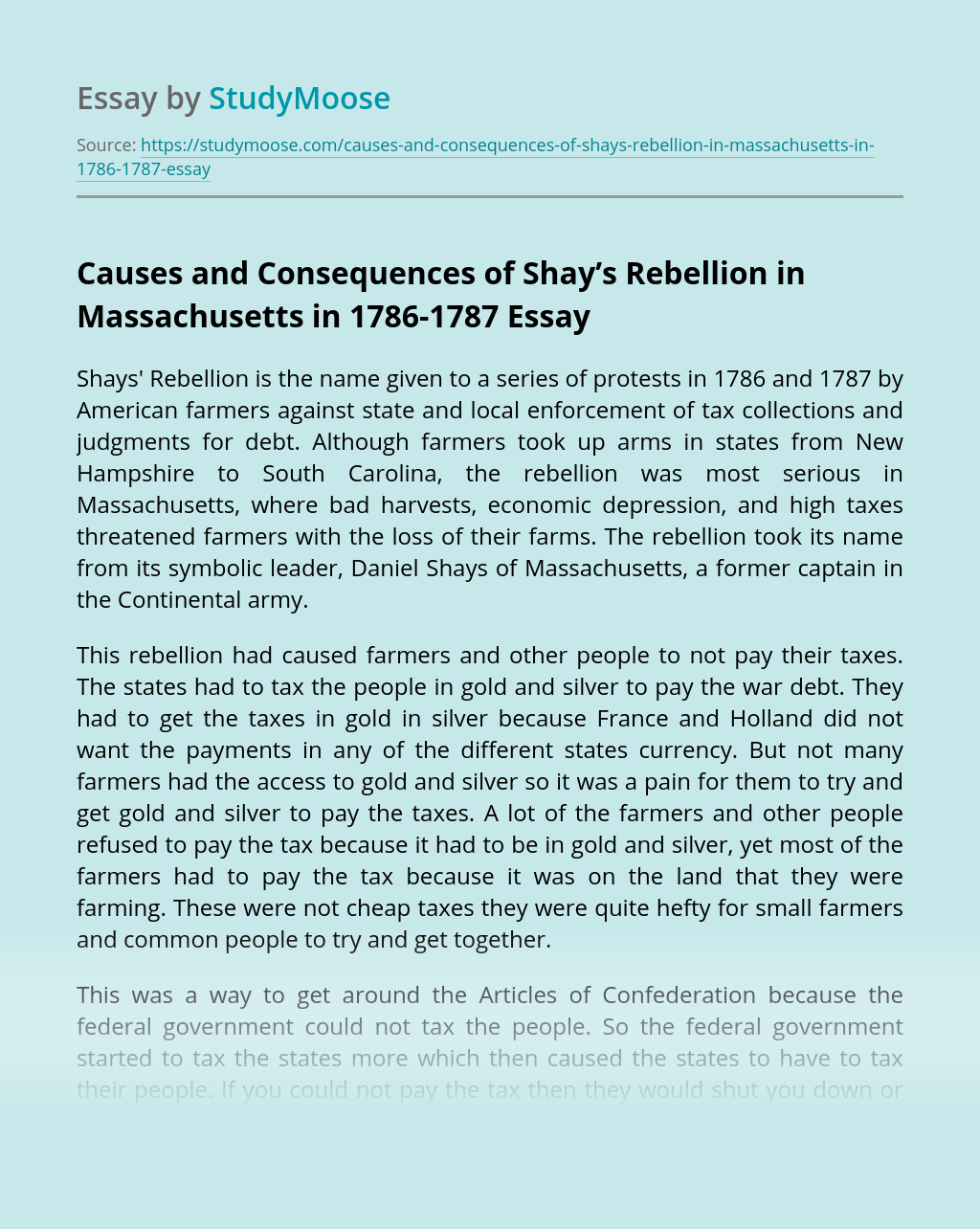 Turn in your highest-quality paper
Get a qualified writer to help you with
“ Causes and Consequences of Shay’s Rebellion in Massachusetts in 1786-1787 ”
Get high-quality paper
Helping students since 2015
Stay Safe, Stay Original