* Why would a joint venture partner from a planned economy have difficulty understanding that the consumer is king or queen?

Every economy has its own characteristics as both good and bad as well. In any economy, there are rules and regulations fortified in the manner to help the citizens and so that the businesses can get enough revenue from their customers. As we see in today’s world, we can see that only the open economies are getting through the international competition and sustaining in the long run of multitasking operations.

As in a planned economy like Soviet Union, Marxism-Lenism had some limitations too. Usually there are not many competitors and whosoever the businesses are; the procedures are controlled directly by the govt.

The businesses started to think that customers will have to buy whatever they offer because they have not much of alternative choices. Maybe that can be alright for their country but not sustainable for any other country in this world.

On an open economy, businesses understand, they have to satisfy the customers only and customers have a set of choices and alternatives available in the market. If their business can’t offer something much superior or different, there revenues will suffer. That’s why, because of the understanding of the business, they treat their customer as kings or queens. * Could a small business owner tolerate a business deal that had little probability of being profitable within the first 10 years?

Small business owner doesn’t mean the entrepreneur doesn’t have any other businesses or way of earning.

But if the business is only the way, of course no one will be able to tolerate this kind of business deal. Usually these kinds of deals are inevitable in industries like real estate, long term investment firms etc. There are not much information here about a planned economy right here and we can’t see how much they appreciated the FDIs is in their land. But in an open economy like most of the economies of this world, there have to be revenues actually. The businesses will have to pay their costs and maintain their operations running at any cause. At least their have to be sales enough to maintain both the variable and fixed costs of the business, If there are not much of profits, the business won’t have to pay much tax rate but if there are loans and financial debts, they will have to pay a certain percentage of their profits and if the forecasted profits are not enough to pay, eventually they won’t get any kind financial help from any financial institution.

As 10 years is a long time to build brand equity to the customers in an open economy, any one of the ventures can be impatient and break the deal. At any cost, maybe not for two years, or 3 years, the profit must come then enough to occupy the market and satisfy the contractors. Usually, for the first years of a business firm, they invest in getting brad equity and setting up customer loyalty and also in understanding the consumer behavior in their current operations. But this is brand management in their long term investment.

But eventually, in joint ventures any one of the parties are sustainable and able to run their operations and known to be at least a provider of a certain group of customers. Profits may not come to be a point in these areas of generation but when the venture is formed and ready to serve the market, after calculating the time to build a level a brand equity and CRM, they must obtain profit to run their business enthusiasm. Even of there are big business owners. I suspect if they will be able to deal with such improbability. * Why have few Americans been willing to enter into joint ventures with Soviet partners today?

As the situation provided is due to the environment in mid-1991, there are certain points to consider. We know that, in mid-1991, the recession of US was ended. Thus many companies who was facing a huge amount of loss got their heads up and start their operations again. In the 1990s, Gorbachev’s policy of perestroika offered the people little in substantive, near-term economic improvement, and his policies of demokratizatsiia resulted in rapidly raising their expectations while lessening the regime’s controls over society. As a result, in mid-1991 the Soviet Union appeared to be a disintegrating federation with a collapsing economy and a despairing, confused society. In August 1991, Bush and Gorbachev signed the Strategic Arms Reduction Treaty, which required the United States and the Soviet Union to cut their nuclear weapons within seven years so that each side would have only 4,900 ballistic missile nuclear warheads as part of a total of 6,000 warheads. The two countries had been engaged in the Strategic Arms Reduction Talks (START) since 1982.

In another collaborative effort, the Soviet Union voted with the United States and an international coalition of nations to oppose the invasion of Kuwait by Iraq, a nation that had been the recipient of substantial amounts of Soviet military advice, equipment, and weapons. There has been a lot of changes in USA and Soviet Union constitutions on that time, maybe the destruction of weapons and an urge of being able to dominate each other’s economy, they came close to get to business relationships.

Both of them were two of the most powerful part of the world and maybe one of them was trying to dominate the other but these are political overlooks. The business point of view strategizes the collapse of socialism in Soviet Union and because to the law changes in the field of business policy, there could be alliance powerful enough to understand the multinational consumer behavior of the other countries. Maybe those are the reasons why there has been so much eagerness of these countries to come close in professional relationships and diplomacy. 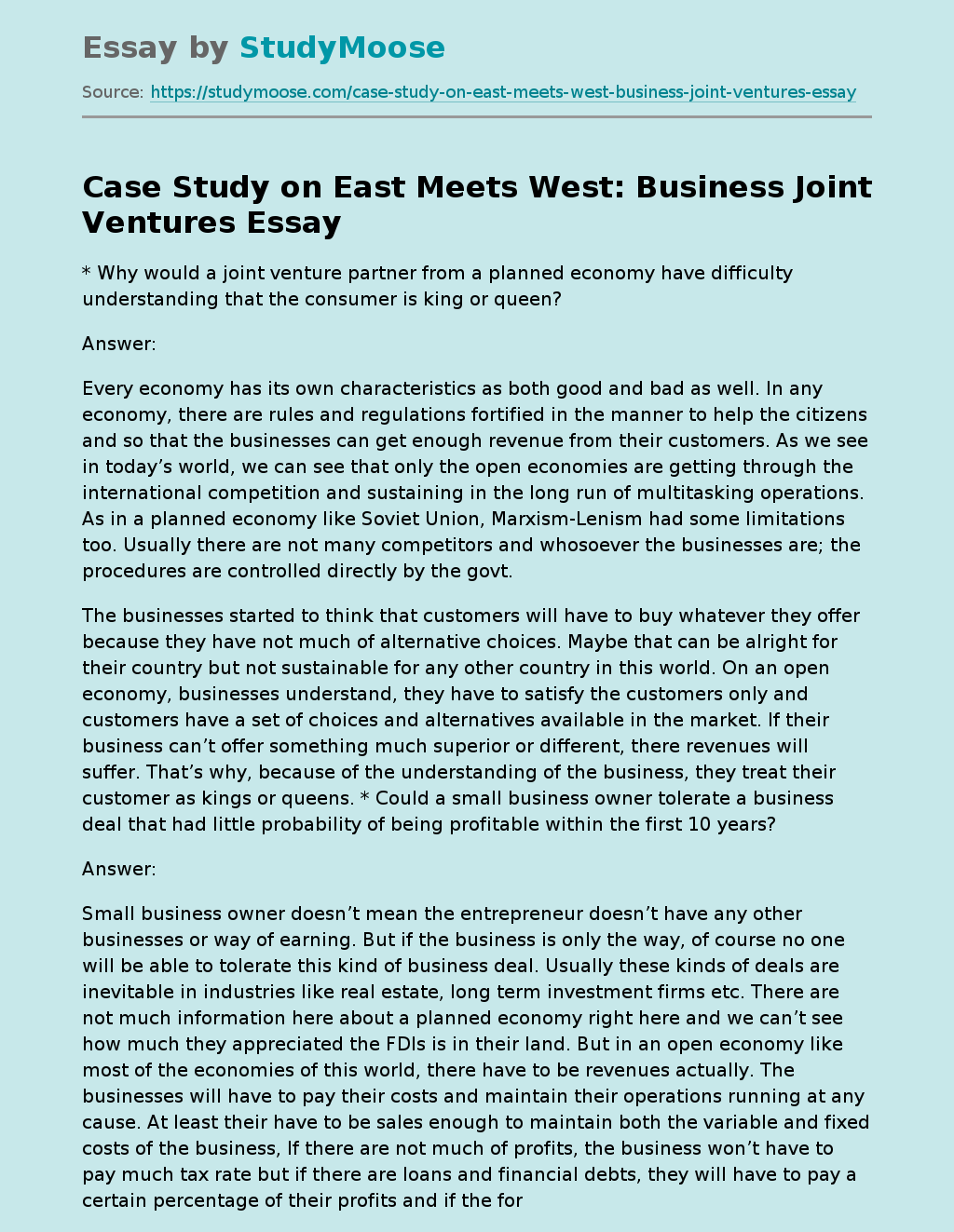