Carl Rogers was an American psychologist and the co-founder of humanistic psychology with his work with Abraham Maslow. Rogers main contribution was in clinical therapy and applications of humanism, he started person-centered psychology.Carl Ransom Rogers, he was born January 8, 1902 in Oak Park, Illinois and died on February 4, 1987 in La Jolla, California. Carl was one of six children born to father Walter Rogers, a civil engineer and mother Julia Rogers a homemaker and devout Christian. Rogers was a very smart child and began to read before the age five so was able to skip kindergarten and grade one completely ( he was very determined and bright throughout his entire life.

Don't use plagiarized sources. Get your custom essay on
“ Carl Rogers was an American psychologist and the cofounder of humanistic psychology ”
Get custom paper
NEW! smart matching with writer

Carl had many career changes before he became a psychologist. His first choices of career were started at the university of Wisconsin where he took agriculture studies, followed by receiving a bachelor’s degree in history in 1924. Rogers then enrolled himself at the Union Theological Seminary, but after two years he was on to another field.

Carl Rogers was an American psychologist and the cofounder of humanistic psychology. (2019, Aug 20). Retrieved from http://studymoose.com/carl-rogers-was-an-american-psychologist-and-the-cofounder-of-humanistic-psychology-essay 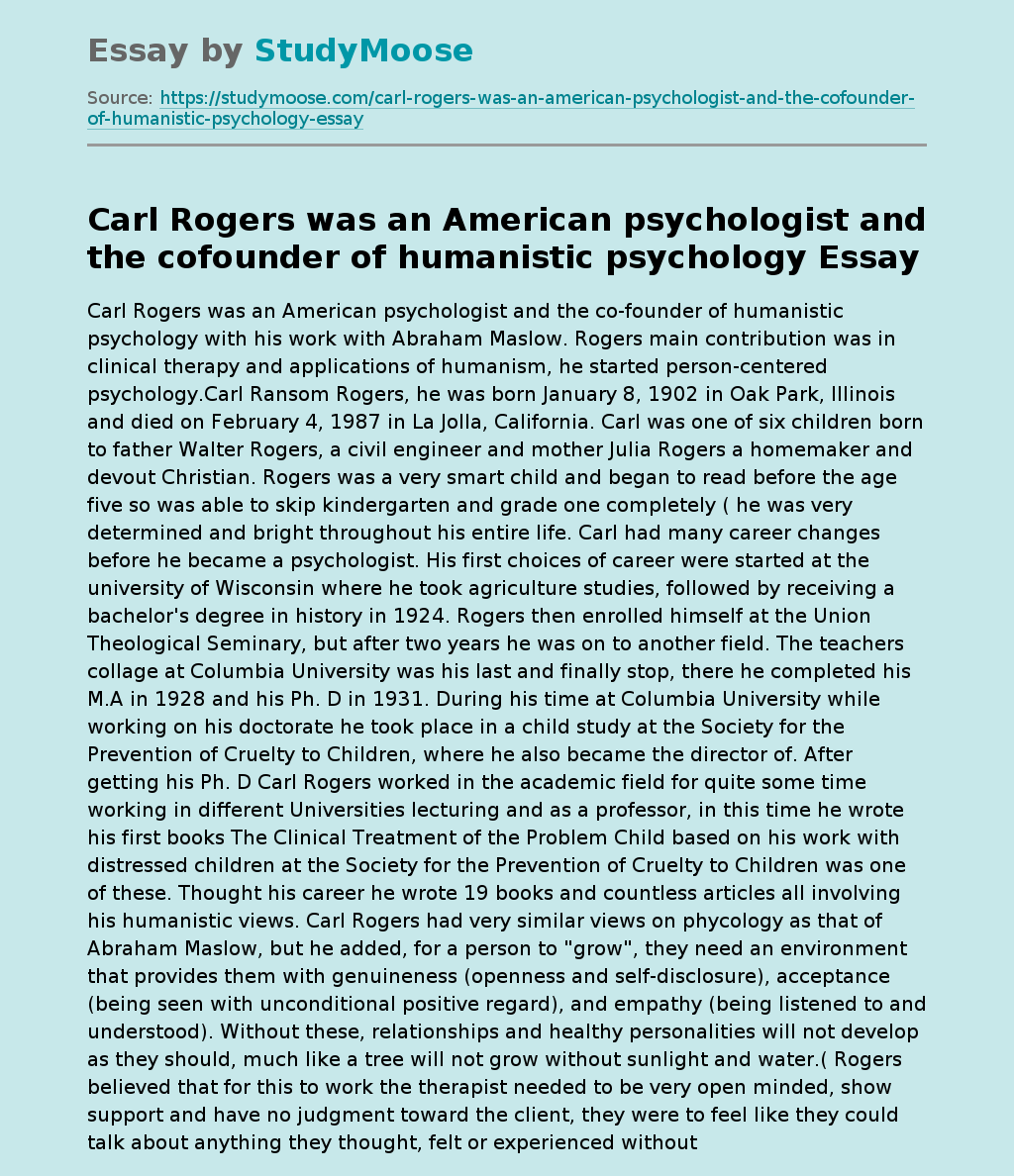