1. Should the President of Caritas Christi Health Care be fired? Why? Mr. Haddad Care should be terminated if the proper conditions exist for the termination to take place. A proper investigation of the situation should take place to determine and address the primary factors involved. The allegations brought forward by these women need to be examined on a case by case basis. Once the reliability of the witnesses has been established, then a further determination can be established. Knowing the witnesses and their reliability gives the necessary history to establish a case.

Don't use plagiarized sources.
Get Your Custom Essay on Caritas Christi Health Care Just from $13,9/Page

There should be no hesitation at this point due to the high level position Mr. Haddad has with the company.

Also the perceptions and recollection of a particular incident may change with time. This is why it is important to conduct a thorough investigation as soon as possible. Victims tend to change their stories and exaggerate the story to make it sound more severe than the actual story. This is the reason that the questioning of the victims are done separately to determine the degree of teamwork, if there is legitimacy to the story. To avoid these type of issues, employers prohibit workplace romances and if discovered later is determined to be sufficient grounds for termination.

3. Explain in your own words why consistency in handling sexual harassment claims is important. When handling sexual harassment case, it is important to be consistent to demonstrate to employees that there is zero tolerance for sexual harassment in the workplace. It shows that regardless of what position you hold within a workplace, if you do something that goes against the policies and regulations of the workplace it will be dealt with in an appropriate manner according to the severity of the incident with no exemption. Consistency sends a clear message to any employee contemplating conducting their self in an inappropriate manner to act accordingly to the policies. Consistency also shows that such behavior will be dealt with and that sexual harassment cases will not be swept under the rug.

Consistency shows employees that the workplace is a respectable environment and that everyone will be treated equally. By doing so, it creates a productive workplace. According to the United States Equal Employee Opportunity Commission sexual harassment is against the law to harass someone in a sexual manner. Sexual harassment has a more broad view than just sexual. It can be sexual or offensive, and can be physical or verbal displayed. Sexual harassment can be displayed by either a woman or man and the victim can be of the same sex or opposite sex. Usually the sexual harassment is seen more often when a person has power over another. The harasser can be anyone with authority, such as a supervisor, co-worker, or customer. 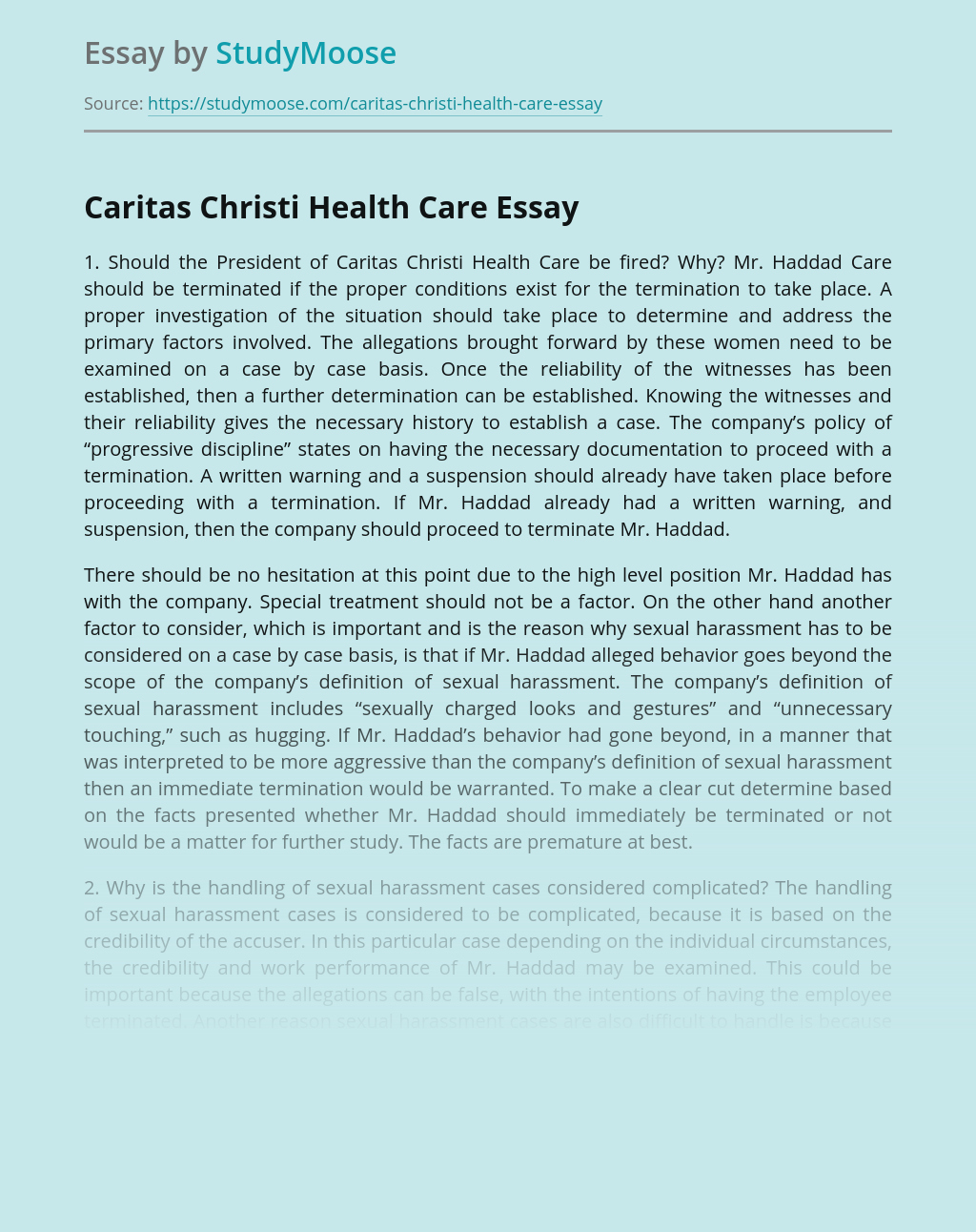 Social media has had made many impacts on society. Any website that allows social interaction is considered a social media site (Schurgin O’Keeffe, Clarke-Pearson). Due to the new technology taking over, social media has been easier than ever to get a hold of by the applications that have been made for portable devices. Through these... VIEW ESSAY

View sample
It Was the Most Wonderful Day of My Life

It was the most wonderful day of my life! Maybe it did not mean a great deal for others as it came naturally to them, but for me, it was a bliss. Yes, bliss; I had completely lost hope until Dr Hurree came in my life as a ray of light, enlightening my life and... VIEW ESSAY

1.Explain what is meant by- Diversity Diversity can be defined as differences in mental capabilities, personal appearance, race, heritage, beliefs etc. Understanding that everyone is an individual and everyone has different needs.In the care setting i work in, clients have their own personal experiences and preferences, e.g food and activities, different attitudes, behaviour patterns. for... VIEW ESSAY

Discrimination Is Expensive, Inclusion Is Profit On April 20th, 2001, the U.S. Equal Employment Opportunity Commission (EEOC) settled a $2.44 million law suit against the University of Incarnate Word (UIW) due to the misuse of an English-Only rule. In Texas, the 18 Hispanic workers who were involved in the class action suit testified to being... VIEW ESSAY