Don't use plagiarized sources. Get your custom essay on
“ Cardiovascular and Immune/Lymphatic Systems ”
Get custom paper
NEW! smart matching with writer

I would probably have taken him to the hospital because he passed out and continues to do so, another factor would have been his temperature. I’ve Fallen Over and I Can’t Get Up: Part II—”The High School Football Game”

Greg may be experiencing dehydration.

2. Greg is taken to the hospital after being injured during the game. What problems do you think the physicians will find with Greg when they examine him, or do you think he is only suffering from dehydration? Greg has probably experienced a concussion from the hit he took.

I’ve Fallen Over and I Can’t Get Up: Part III—”The Next Day In The Hospital”

1. What are Greg’s new signs and symptoms? Do you have a diagnosis for Greg’s problem? Greg is now feeling nauseous, weak, and has a headache.

I think he has a concussion.

I’ve Fallen Over and I Can’t Get Up: Part IV—”The Neurologist”

1. What evidence suggests that Greg suffered from a mild concussion? Greg feels nauseous, weak, and has a headache which indicates a concussion.

I’ve Fallen Over and I Can’t Get Up: Part V—”The Follow-Up Visit”

2. The baroreceptor reflex insures that the pressure of the blood entering the brain remains within defined limits, irrespective of body position. Under these circumstances, predict the blood pressure in the aorta of a standing person and a person who is lying flat on their back.

I’ve Fallen Over and I Can’t Get Up: Part VI—”The Diagnosis” Questions

1. How would a pacemaker help Greg’s condition? It would keep his heart rate at more of a steady pace.

Resistance Is Futile…Or Is It?: Part I—”HIV and the Immune System”

1. What is the difference in how a virus and bacteria replicate and affect cells of the body? Viruses cannot replicate without infecting a living cell. Unlike bacteria, that have everything it needs to reproduce, viruses need to use a living cell’s organelles in order to replicate.

3. Understanding that HIV is a retrovirus (a virus that uses reverse transcriptase), answer the following questions:

c. How does a retrovirus infect a cell and reproduce?
On encountering a host cell, the retrovirus attaches itself to receptors on the surface of the host cell’s membrane. Once inside the cell, the capsid opens, releasing RNA and reverse transcriptase into the cell’s cytoplasm.

4. In regards to reviewing the immune system, answer the following questions:

5. In regards to the immune system and HIV, answer the following questions:

a. Individuals with HIV commonly die from pneumonia or cancer. Why is this the case? HIV lowers your immune system so other diseases or sicknesses can often be deadly because the patient’s immune system is so weak.

2. The exudate on Jason’s tonsils consisted primarily of neutrophils, and the CBC that was performed indicated that the number of neutrophils in his circulation was increased. What role do neutrophils play in the resolution of a bacterial infection? What role do macrophages have within fighting infections? Neutrophils are attracted to the site of infection by chemotaxis. They are able to phagocytize and digest pathogens.

3. Jason’s physician noted that Jason’s cervical lymph nodes were enlarged, a condition referred to as lymphadenopathy. Describe the structure and function(s) of lymph nodes, and list the other organs and tissues that comprise the lymphatic system. The lymph nodes are small bean shaped glands. They act as filters that sieve off the harmful substances brought by the lymphatic channels. Bone marrow, thymus, spleen, MALT, BALT 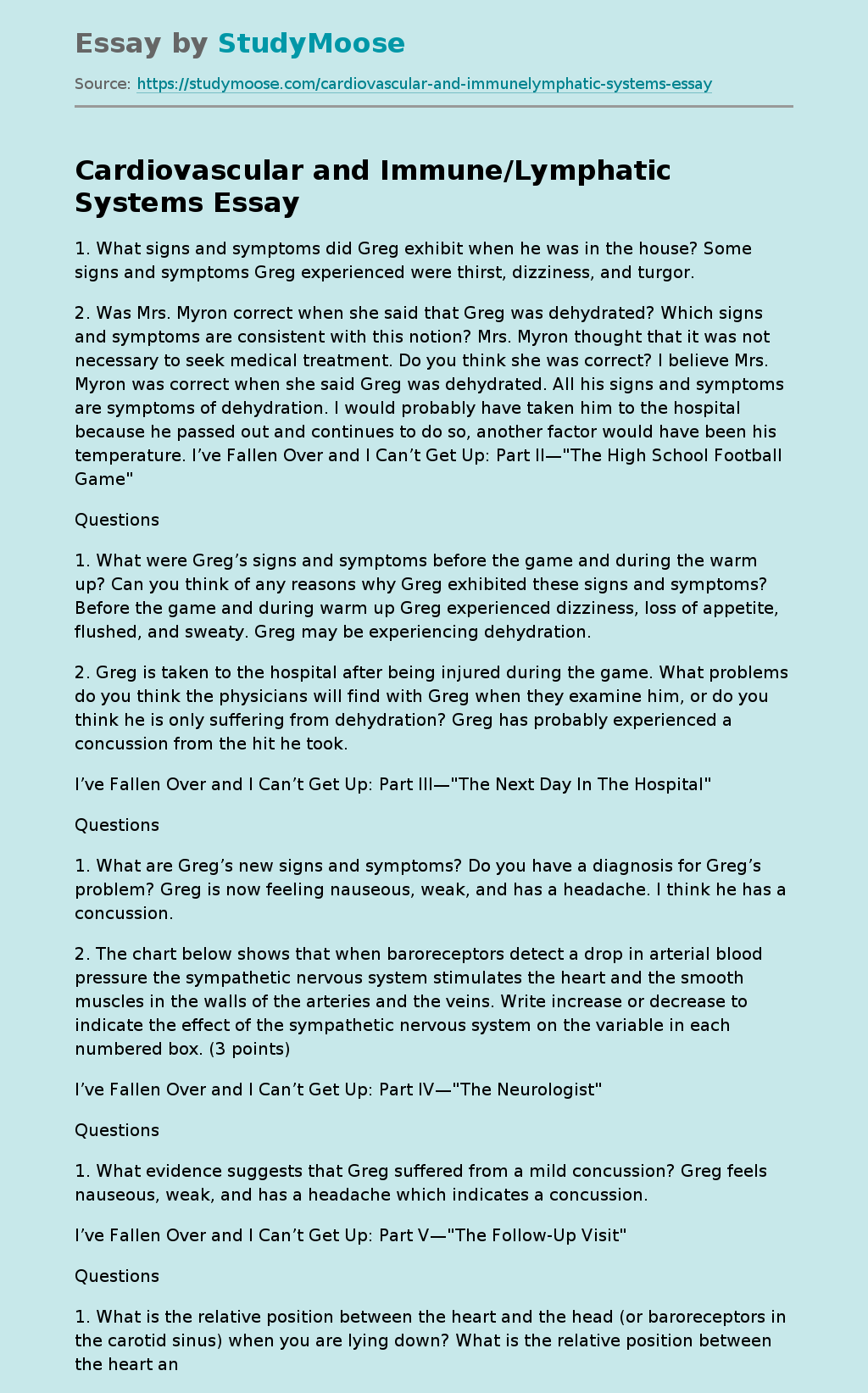