1. In the story, “Car Crash While Hitchhiking” the protagonist is characterized as an outsider. Reason being, is because he is he’s evidently a drug addict who wakes up in the middle of nowhere. It even mentioned in the story that he had been to detox. He’s abandoned by the fellows whom he did drugs with. Clearly he did not fit in with most social groups, and he had a hard time being accepted. Due to him being an outsider, I believe that there was some type of event that lead him to be an addict.

Don't use plagiarized sources. Get your custom essay on
“ Car Crash While Hitchhiking ”
Get custom paper
NEW! smart matching with writer

Maybe he was neglected, or he had a midlife crisis.In the story, he implicated that he wanted to die. As he said when he was inside the car and put all his bags on one side of the car and said that he did not care whether he lives or dies. Certainly all this man was living for was so that he can reach his ultimate nirvana.

2. The central theme in Susan Minot’s short story, “Lust” is running on empty. Reason I chose this to be the theme is because the protagonist in the story is seeks and she’s in search for the right guy to fall in love with her. Yet, as she continues to be promiscuous activities trying to find the right one, she realizes that they all want her for one reason. She knows that they just want her for sex, and every time she has sexual encounters with them she feels empty inside afterwards.

We know she is empty because her parents don’t give her attention, she has no family, and she just wants her heart to be fulfilled. But as you read throughout the short story, you realize all this promiscuity is her fulfillment. This is what makes her content. When she’s in the act of it she has nothing to worry about, bc the sex is hot and passionate. She’s running in empty because she’s absorbing all these guys with the gratifying attitude of not being loved. And that is why she continues to lustful.. 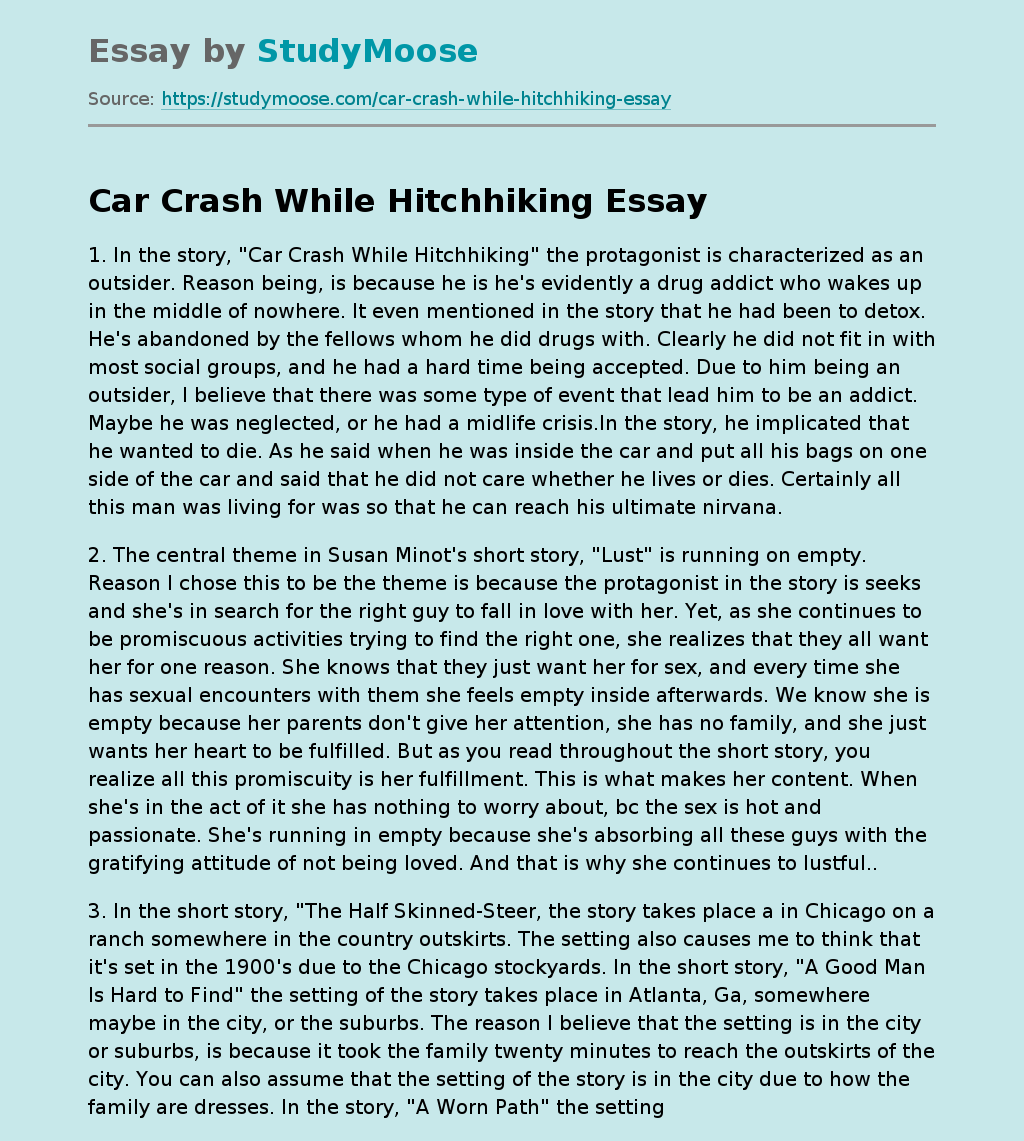