1. In this dispute, which country’s law would apply, that of the United States or of Germany?

When international commercial disputes must be settled under the laws of one of the countries concerned, in this case the United States and Germany, the paramount question in a dispute is: Which law governs? Jurisdiction is generally determined in one of three ways:

I think that the German laws would apply because the case talks about ‘The American exporter was contracted’.

Don't use plagiarized sources. Get your custom essay on
“ Buyer-Seller Relationships in International Business Markets ”
Get custom paper
NEW! smart matching with writer

To me this says that America was under contract by Germany so the German laws would apply in this case. The Americans were under contract to ship 30.000 lbs. of freshly frozen U.S. pork livers, customary merchantable quality, first rate brands.

2. If the case were tried in U.S. courts, who do you think would win? In German courts? Why?

It depends where the agreement is made, if it is made in the U.

S. and the U.S. laws applied so if the complaint were brought in the court of another country, it is probable that the same U.S. laws would govern the decision.

Cooperation and a definite desire to be judicious in foreign legal problems have led to the practice of foreign courts judging disputes on the basis of the law of another country, in this case Germany. Thus, if an injured party from the U.

S. brings suit in the courts of Germany against a German over a contract that included the preceding clause, it would not be unusual for the German court to decide on the basis of the U.S. laws. This tendency assumes, of course, it had been recognized that the U.S. law prevailed in this dispute, either as a result of the prior agreement by the parties or on some other basis. And vice versa.

3. Draw up a brief agreement that would have eliminated the following problems before they could occur:

The U.S and Germany hereby agree that the agreement is made in Germany., and that any question regarding this agreement shall be governed by the law of Germany. This also means that if the case should be tried, it will be in German courts. 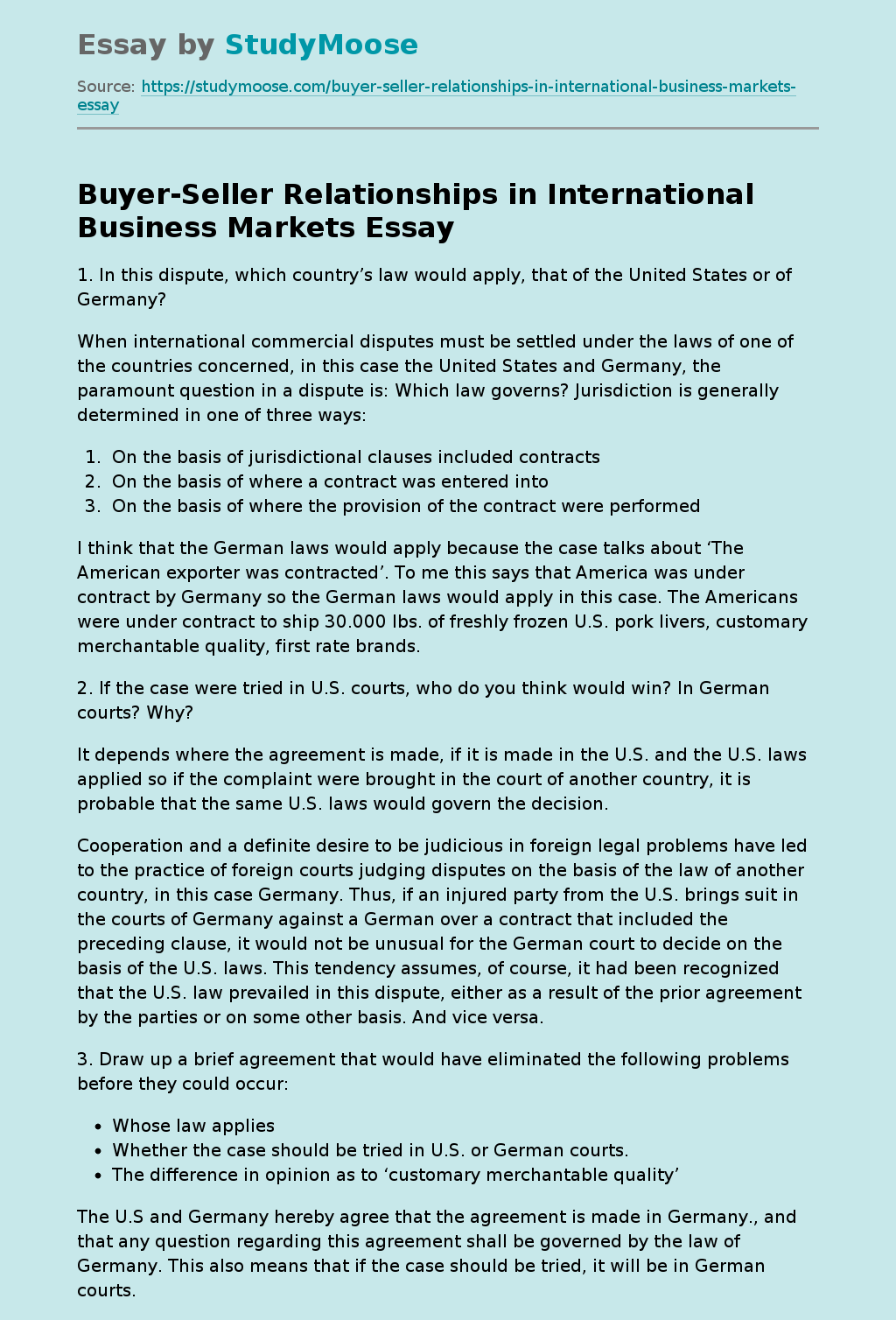