When Carver was a baby his family was taken by a group of people. In addition to that Carver was sold in Kentucky. Also, at that time period, his father died so Carver grew up knowing very little about his father. So he grew up being taught how to cook and do the laundry and other stuff that’s necessary to him. Also in his young age he made medicine for people who are sick. Also at a young age Carver was interested in plants and he also experimented with pesticides for grass and farms.

Don't use plagiarized sources. Get your custom essay on
“ Brief Biography of George Washington Carver ”
Get custom paper
NEW! smart matching with writer

So as he was doing this he found a way to help plants so he was called the plant doctor.

So at the age of 11 Carver attended an all-black school at a town near Neosho. Also during that time he didn’t have a home. So a black couple found him and put a roof over his head but they said that he had to do chores to stay in the house.

So the next 10 years he went to different schools and survived by doing what he learned from his black family. He graduated from Minneapolis high in that time period. In addition he applied to highland college in kansas in 1880. But he was soon rejected because the teachers knew that he was black and he was in an all white school. Metta Budd was skeptical of him of how he was able to work with plants. After having an interest in plants . Budd, who is his friend, told Carver to apply to Iowa State.

because he was good at what he did. In addition to that, he stated: “ Education is the key to unlock the golden door of freedom”.

Carver also told farmers that they could feed hogs acorns instead of trash and left over stuff. Carver also invented the Jessup wagon, it was a kind of car mixed with a waggon being pulled by horses to help farmers move around. Carver also made 300 foods with peanuts, by having business and also on newspapers from peanuts, like milk, Worcestershire sauce, fruit punches, oils and salad oil, paper, cosmetics, and soaps and wood. Carver also experimented with peanut-based medicines, such as antiseptics, laxatives, and goiter medications. Carver was known as the peanut man. And also known as a doctor.

In his lifetime people look up to him and thought it would be good to change the future. Carver also came from the bottom of slavery to a inventer in his life. He invented over 300 things in his life to help people. So that’s what makes a heroic figure in his life. And that is what inspires me the most is that people become leaders in their life. 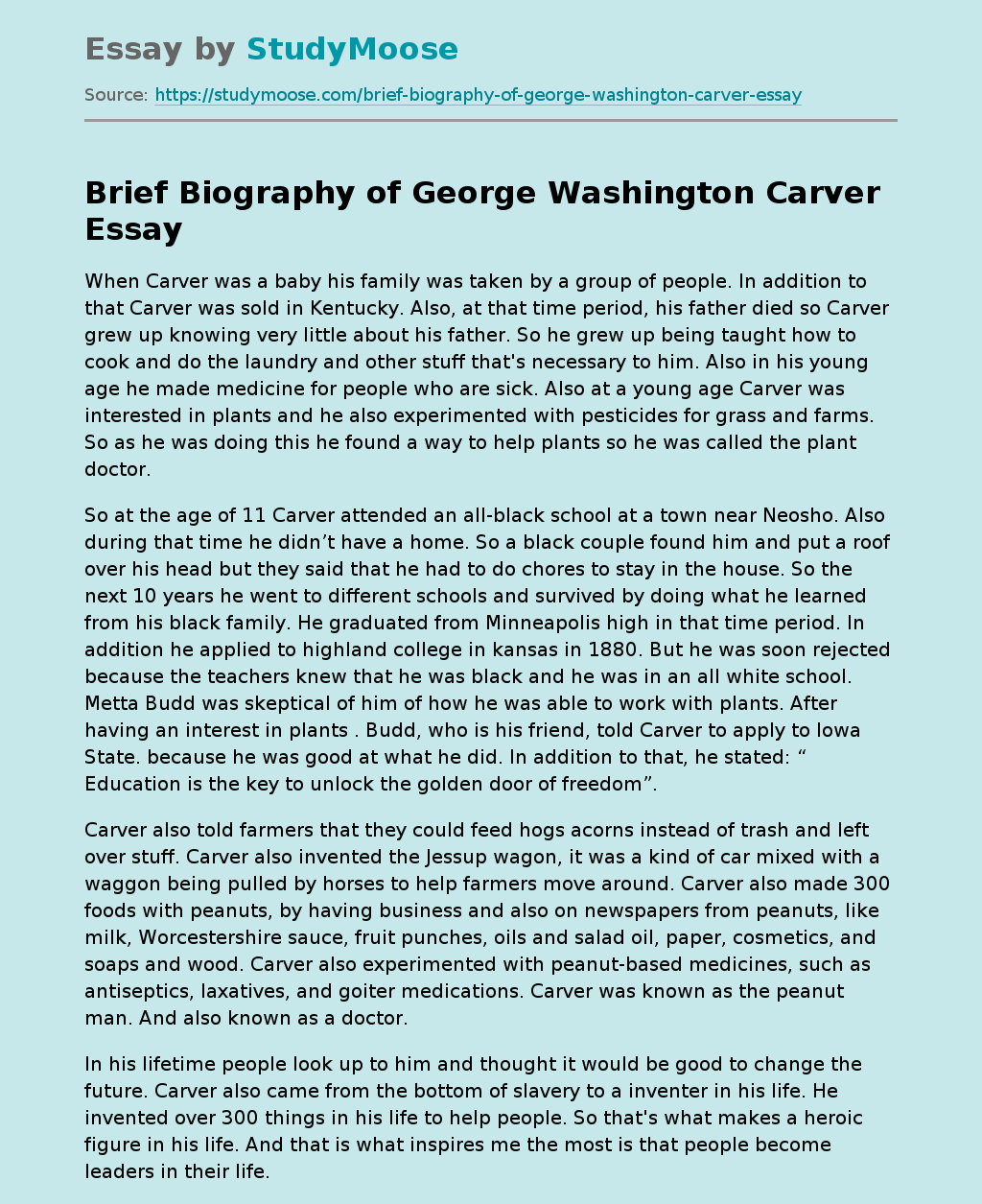