Dracula is an epistolary novel—-consisting of a series of diary entries, telegrams, and letters from the characters, as well as fictional clippings from the Whitby and London newspapers and phonograph cylinders—originally published in 1897 and authored by Bram Stoker. Its’ literary classification [/ genre] is extensive covering that of ‘vampire literature’, ‘horror fiction’, ‘gothic’ and ‘invasion literature’.

The novel enjoyed the peak of its literary success in the twentieth century with the proliferation of television and media; several adaptations of the novel’s ‘vampire’ found in theater and film interpretations [Dracula (1931); The Horror of Dracula (1958); Bram Stoker’s Dracula (1992); Nosferatu (1922)].

Don't use plagiarized sources. Get your custom essay on
“ Bram Stoker’s Dracula and Eroticism ”
Get custom paper
NEW! smart matching with writer

Modern accounts always of Dracula always universally agree that it exudes and distorts strong sexual energy: What has become clearer and clearer, particularly in the fin de siecle years of the twentieth century, is that the novel’s power has its source in the sexual implications of the blood exchange between the vampire and his victims…

Dracula has embedded in it a very disturbing psychosexual allegory whose meaning I am not sure Stoker entirely understood: that there is a demonic force at work in the world whose intent is to eroticize women.

In Dracula we see how that force transforms Lucy Westenra, a beautiful nineteen-year-old virgin, into a shameless slut (Wolf 1992). Strong ‘dammed’ sexual energy either repressed or expressed, agitation, fear, anxiety, and excitement are inundated in the Dracula. The ‘demonic’ and ‘psychosexual’ allegories of the Dracula suggest inversion, a repression behind the monstrosity, a Freudian analogy of desires and hetero/homosexuality. 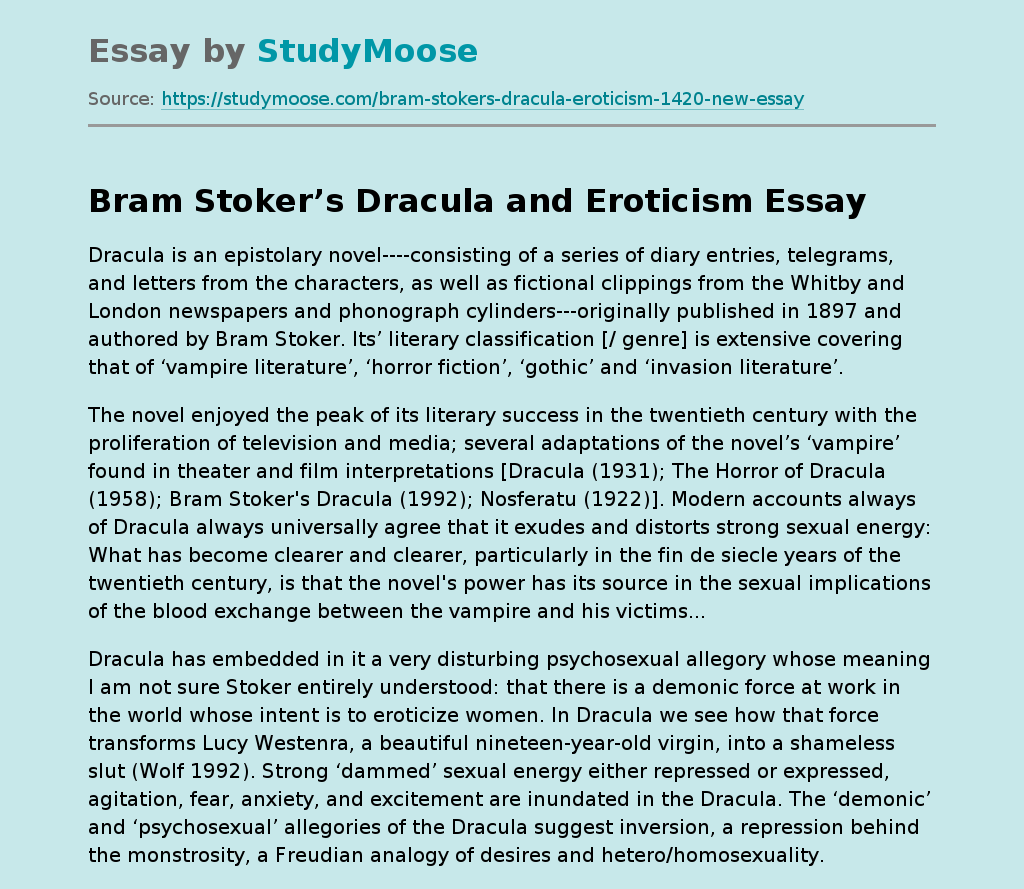