Today, many events had occurred, events so unimaginable; I don’t even know what to think anymore. It was an extremely dark night; it seemed the bleakness engulfed the whole town. I heard from Nathan that apparently Mrs Merriweather is holding a pageant tonight, on Halloween. This increased the eeriness of the night, at the time I wondered if Jem and Scout was going to attend the pageant, my prediction was right.

I had seen them, Scout in her ham costume and Jem; they were on the way of walking home.

Don't use plagiarized sources. Get your custom essay on
“ Boo Radley’s Diary ”
Get custom paper
NEW! smart matching with writer

They were calling out something; I think it was Cecil. I looked out the window, but I could barely see anything, except for a slight movement in the darkness, it was a shadow, a shadow of a man. I knew at that moment the kids were in danger, I couldn’t think. I ran into the kitchen and shuffled around, trying to find the nearest weapon.

Before I knew it, Bob Ewell was lying in fronting of me, not knowing if he was dead or alive.

I was so afraid. Not only had a stabbed someone, but I had finally revealed myself. After that ordeal, I had returned to their house. The me, who had been hiding in the darkness for the past years of my life had finally been awakened, I could see Scout’s face so clearly, I could see everything so clearly, I saw a new light of life, but I knew it wasn’t the life for me.

Scout had escorted back home, the girl who was so afraid to come near my house, the girl who had nightmares about me, and the girl who felt disgusted just thinking about me, the girl who called me Boo for the last years of her life, had taken me home arm in arm. No longer afraid, no longer disgusted, I am now Arthur to her, just Arthur. At this moment, I had realized something, she was no longer that snotty tomboy who fought with other boys, she had finally grown up. 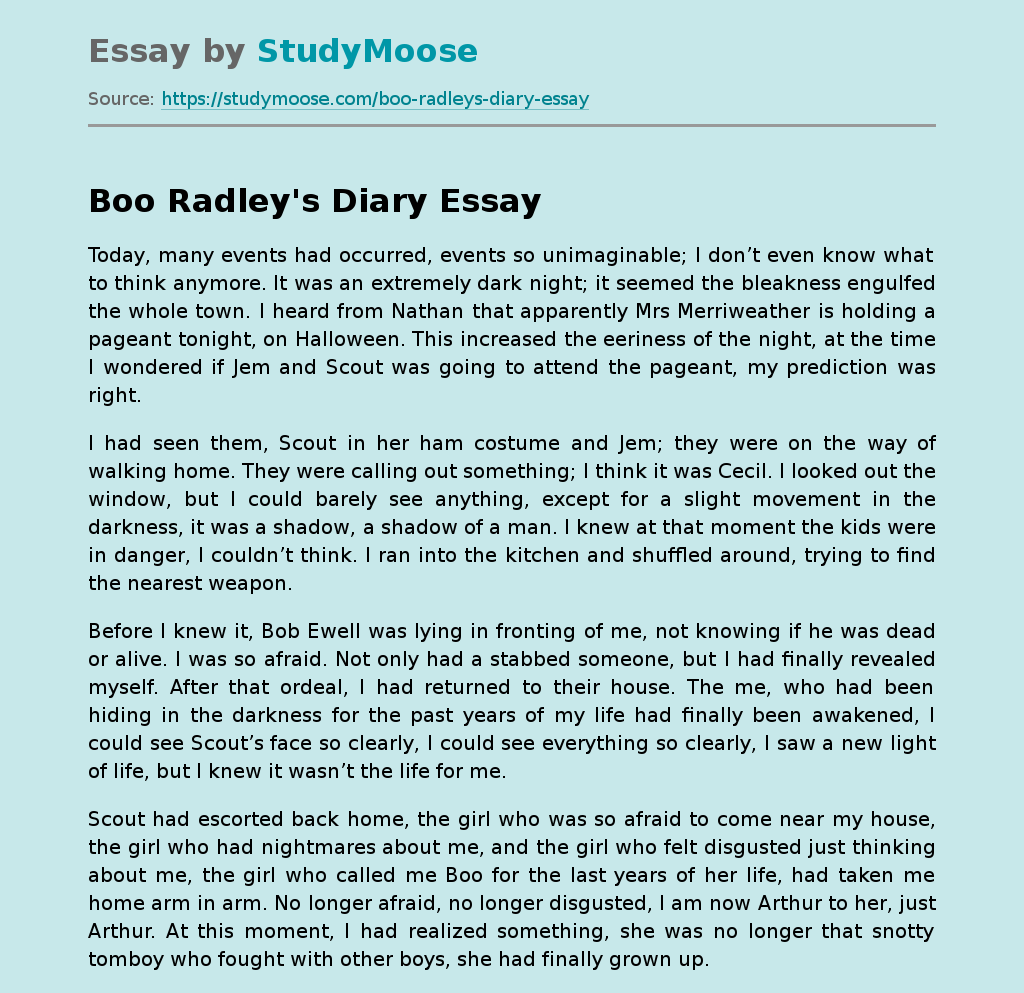