A Christmas Carol’ which was written by Charles Dickens in 1843, during a rich period with economic, political, and cultural change. The book is set in London England and reflects several aspects of historical events in that time period. Dickens describes vividly what life was like at this time and place; he portrays the major contrast between the life styles of the poor and the wealthy. I can see clearly that he was extremely concerned about the poor people who lived at this time.

Don't use plagiarized sources. Get your custom essay on
“ Bob Cratchit’s Role in A Christmas Carol ”
Get custom paper
NEW! smart matching with writer

He uses three ghosts to portray three important moral lessons which are made more significant because they are set within the Christmas season where goodwill and generosity to others are expected. This is helped by the staves; Dickens is trying to create a joyful feel like that created in music.

Scrooge in Stave 1 is described in great detail. “Hard as flint from which no steel struck”. From these few words you can easily see that he is a cold hearted man Scrooge is.

It goes on to say “No warmth could warm him, no wintry weather chilled him”, this goes on. He is alone in this world, his heart have frozen solid and has been frozen for a long time. It would take a miracle to change him. Shortly after he talks to his nephew who still every year invites his to Christmas he calls everyone in the world a fool. Dickens describes Scrooge in such detail so you know what he is like and that the rich don’t care about the poor and treat them like dirt.

The rich never do anything unless it profits them.

Victorian Society was extremely different than todays “candles were flaring in the windows…the houses opposite were mere phantoms”, in Victorian time there was no electricity, they only had candles and fires to keep them warm. Also the streets were incredibly narrow but at this night the fog is so thick you can’t see the other side. In most books dark, foggy nights mean something is going to happen. Later Bob Crachitt try’s to warm his hands on a candle but Scrooge stops him. This is another example of how cold and how little technology the Victorians. Also another example of how horrible Scrooge is.

Scrooge goes home and later he is meets his old partner, Marley. At first he does not want to believe it so he puts the blame on the cheese he ate. He properly does this a lot at work.” I wear chains I forged in life. I made it link by link yard by yard”. Marley talks about the chain he made in like and lives with it in death. Scrooge is puzzled thinking he was a very good business man. He goes on to talk about he has no more free will and if he does not change him will end up like him and his chain is already heavy.
He is now told he will be visited by three ghosts, past, present and future. If he does not change this will be his fate.

Dickens describes the first ghost as ” it was a strange figure- like a child yet not so like a child as like an old man” This is a very good description of this ghost as it is the hardest to picture. It is a young girl as it is the ghost of Christmas past, but it is an old man as it has been doing its job for a long time. Also on the ghosts head there is crown on the ghosts head. “A clear sprung of light clear jet of light… a great fire extinguisher for a cap”.

Dickens is using this to show you that the light represents the goodness in the person’s heart; this also shows that everyone has goodness in them. The fire extinguisher on its head can put out the fire. Scrooge sees this and attempts to put out the fire. The ghost stops him, and takes him out of the window. They travel back in time to when he was at school .The ghosts takes him here to remind him of his goodness. Scrooge’s memories came back he new the area like it was yesterday. The eventually find Scrooge sitting on his own, reading his books in them days his friends were his books. Scrooge’s sister comes and talks to him, she brings him home saving him. Dickens links this with his nephew as he tries to save him.

Next they go to Mr Fizzywick workplace, “adjusted his capacious waistcoat, and laughed all over him self… roily, rich, fat jovial voice”. His shows you that Mr Fizzywick is totally different from Scrooge, he laughs and treats his workers with respect. They are not just people you use like tools; they are your friends, partners and family. You love them and they love you. He is a large man almost as large as his heart. “Yo Ho, my boys no more work tonight”. Scrooge makes Bob Cratchit work to the second. It goes on till Scrooge wants to say something to Bob Cratchit. That is a first sign of change from Scrooge in the book. Here Scrooge has learnt as lesson in business it not just the money the person makes for them to be a great business man, you also need to know how to look after your employees.

The next place the ghost takes Scrooge is to his old lost love, Belle. He really loved her. You know this because it talks about her being poor and in those days, when you get married the father gives the husband money to look after her, but as she was poor he would get not a lot of money. Also once the man has proposed and she accepted they can’t break up unless the wife wants to. “I release you”. Belle says this in the book because he is not the same man she loved. Over time he has fallen in love with money, he loves that more than her now.

To show Scrooge what a bad mistake he had made he goes in to the future and shows Belle later when she married, they were not rich, but they were not poor. They are rich in love and happiness and joy. Scrooge could have had this live but he chose not to. During this stave the light has been getting brighter and bigger. Scrooge notices this and quickly sets off the fire extinguisher, putting out the light. Showing he does not want to learn anymore. 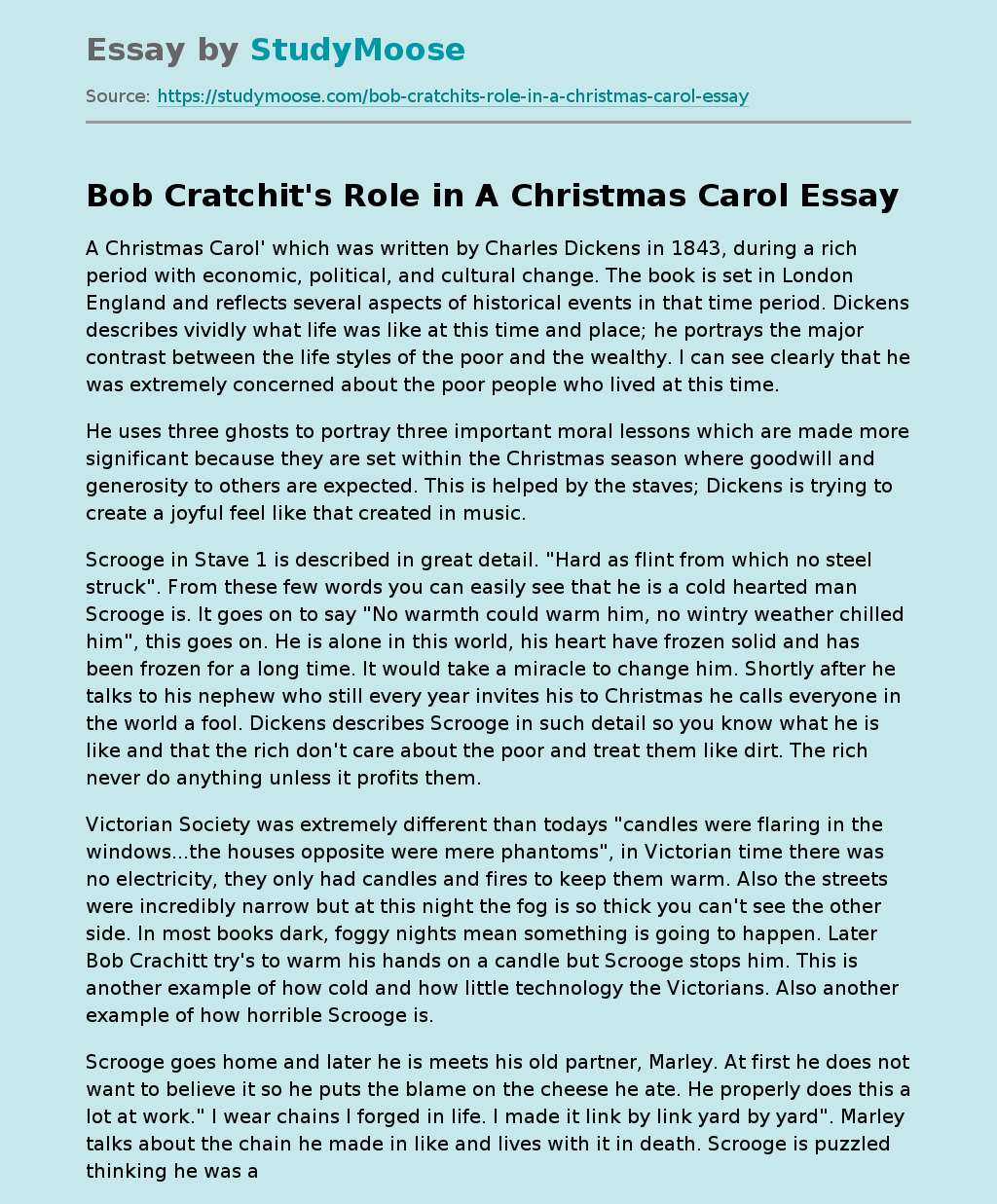