Don't use plagiarized sources. Get your custom essay on
“ Blue Ocean Strategy in Business ”
Get custom paper
NEW! smart matching with writer

In those red oceans, companies try to outperform rivals to grab bigger slices of existing demand. As the space gets increasingly crowded, profit and growth prospects shrink. Products become commoditized. Ever-more-intense competition turns the water bloody. How to avoid the fray? Kim and Mauborgne recommend creating blue oceans— uncontested market spaces where the competition is irrelevant. In blue oceans, you invent and capture new demand, and you offer customers a leap in value while also streamlining your costs.

At the time of the blue ocean creation, was the industry attractive or unattractive? Unattractive Automobiles Ford Model T Unveiled in 1908, the Model T was the ? rst mass-produced car, priced so that many Americans could afford it.

With its 1984 minivan, Chrysler created a new class of automobile that was as easy to use as a car but had the passenger space of a van. Incumbent Value pioneering (mostly existing technologies) Unattractive Computers CTR’s tabulating machine In 1914, CTR created the business machine industry by simplifying, modularizing, and leasing tabulating machines. CTR later changed its name to IBM. Incumbent Value pioneering (some new technologies) Unattractive IBM 650 electronic computer and System/360 In 1952, IBM created the business computer industry by simplifying and reducing the power and price of existing technology. 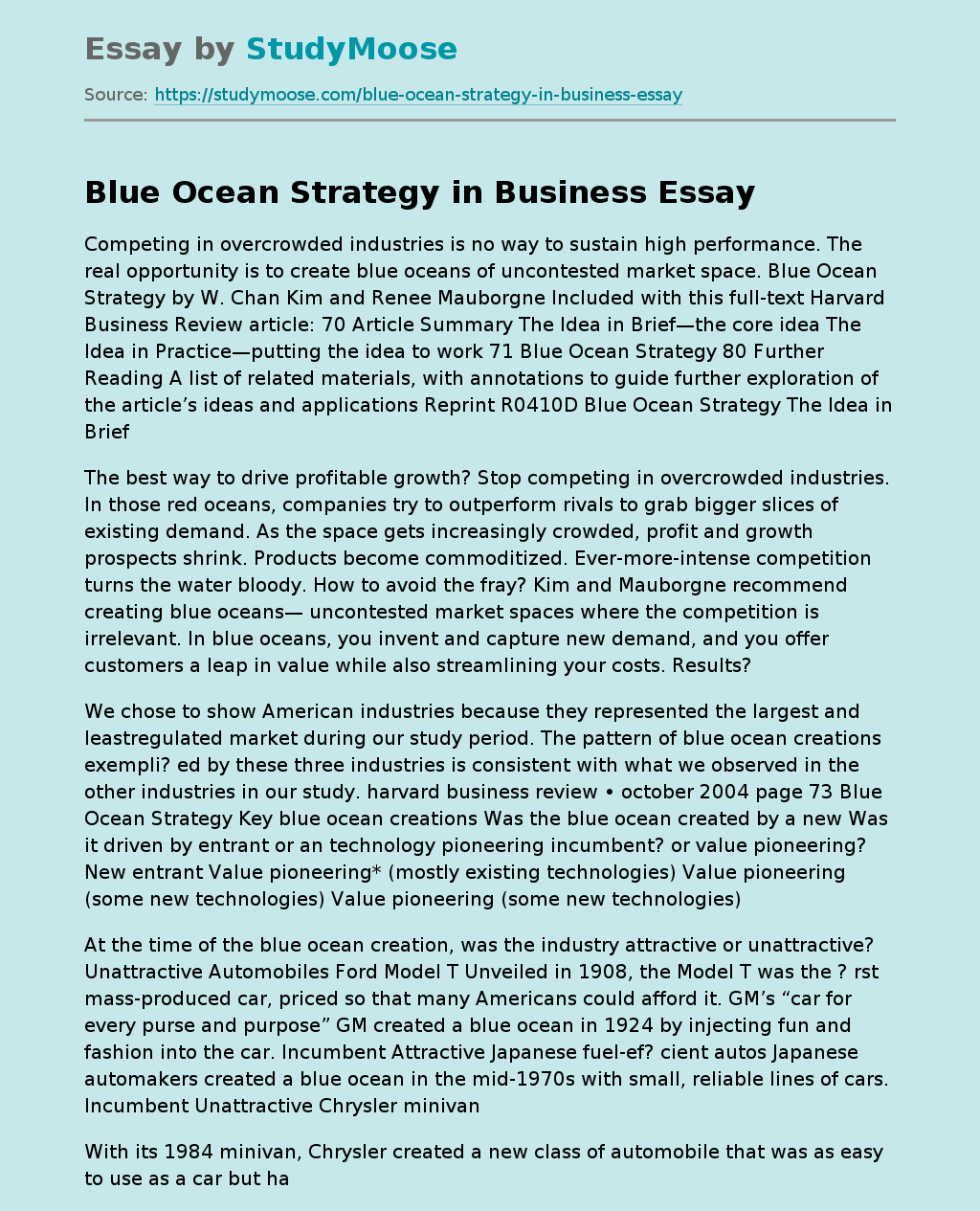