Biometrics and Personal Privacy Biometric input devices, such as fingerprint readers and iris scanners, are increasingly being used for security purposes, such as to clock in and out of work, or to obtain access to locked facilities, a computer, or a computer network. Other uses of biometric technology are more voluntary, such as expedited airport-screening programs used by some frequent travelers and the fingerprint payment systems used at some retail stores. While viewed as a time-saving tool by some, other individuals may object to their biometric characteristics stored in a database for this purpose.

Don't use plagiarized sources. Get your custom essay on
“ Biometrics and Personal Privacy Biometric ”
Get custom paper
NEW! smart matching with writer

Is the convenience worth compromising some personal privacy? What about national security? Would you be willing to sign up for a voluntary program, such as an airport-screening system or a fingerprint payment system, that relies on biometric data? Would you work at a job that required you to use a biometric input device regularly? Do you think a national ID card containing hard-to-forge biometric data could help prevent terrorist attacks, such as the September 11, 2001, attacks? If so, do you think most Americans would support its use? For this project, research the use of biometric input devices today and form an opinion about their use and any potential impact their use may have on personal privacy.

Biometrics are becoming used more often, especially within our job sites or smartphones.

I currently work security at a Datacenter that has a Biometric fingerprint scanner to enter the building and another to enter Computer server rooms. I don’t think of anything wrong about it when using biometrics access, Majority jobs use card keys to access buildings, but also require Biometric access when entering more secure workspaces, Many organizations use these Biometrics Authorization to know who exactly has access instead of having to hand out easy to program card keys, Biometrics are like passwords.

With Biometrics is harder to access data since you need physical access to get in. To my knowledge, Biometrics can’t be hacked or used if they have that data.

If you think about it, the majority of the population either has an Android or Apple device that uses Biometrics as an option, some Android phones also use Iris scan and face scans to unlock phones.

Many people judge and question all these biometric uses in an organization or workspaces, yet a few minutes later, use their thumb or face to unlock their phones. Apple’s recent phone, the iPhone X, has made you Face a password, Known as Face ID, which scans your face with sensors and recognizes every perfections or imperfection. People also raise the question that they can use access to your phone by scanning your face while sleeping or using a picture of yourself. People have tried that in YouTube videos, the majority, if not all of them have failed. 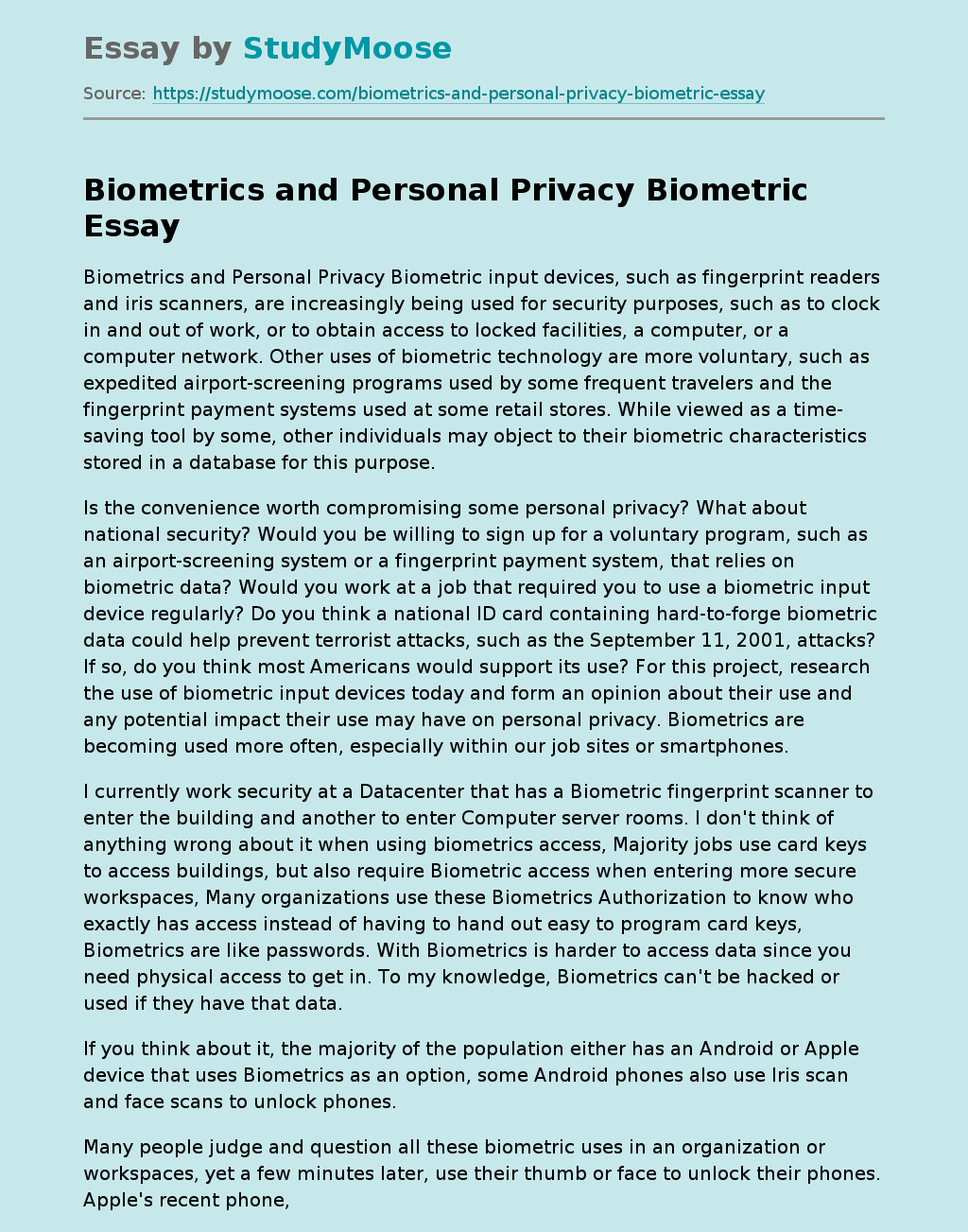