Biblical Allusions Throughout of Mice and Men

In Of Mice and Men and the Old Testament the themes are similar. It is stated in the “A Parable Curse of Cain.” “Of Mice and Men is a story about the nature of man’s fate in a fallen world, with particular emphasis upon the question: is man destined to live alone, a solitary wanderer on the face of the earth, or is it the fate of man to care for man, to go his way in companionship with another? This is the same theme that occurs in The Old Testament” (Goldhurst 49).

This proves that Of Mice and Men and The Old Testament have a similar theme.

One reoccurring theme in Of Mice and Men and The Old Testament is loneliness will always follow man and innocence keeps ideas alive. The curse that the Lord placed upon Cain was that agricultural labor was going to be difficult, and he will be lonely while being a fugitive (Genesis 4:12). In Of Mice and Men George and Lennie are fugitives that are migratory workers but George at times feels lonely even though he has Lennie because he doesn’t have a romantic partner.

This shows how these two stories are similar within their themes.

Biblical Allusions Throughout of Mice and Men. (2016, Nov 12). Retrieved from http://studymoose.com/biblical-allusions-throughout-of-mice-and-men-essay 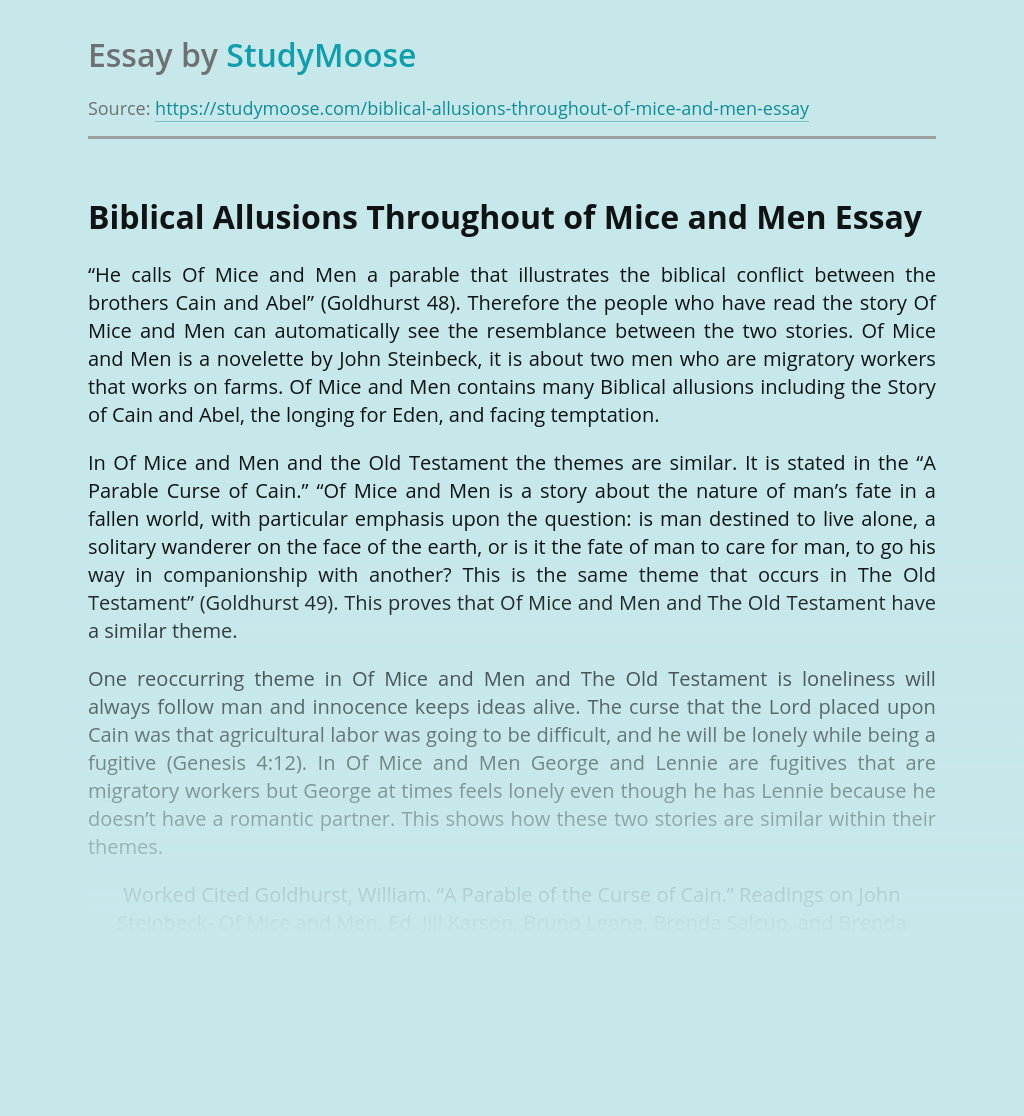 Don’t waste time
Get a verified writer to help you with Biblical Allusions Throughout of Mice and Men
Hire verified writer
$35.80 for a 2-page paper
Stay Safe, Stay Original