In the opening scene of Batman Begins it shows hundreds of bats flying in the sky. This is to set an ominous tone for the audience and to show a sense of danger. This is also done by the high pitched sound of the bats giving a panicked and fearful tone. The lightening in this scene is very grey and dull, this could foreshadow that the film is going to be quite dark and mysterious as well as representing a sense of evil.

This allows the audience to become intrigued and eager to see what the film is about.

In the next scene the camera pans rapidly across the garden causing the image to blur. This is done to make the audience feel as if they are running across the garden alongside the characters. Shortly after this, it shows Bruce running excitedly into the greenhouse calling for his friend, Rachel. This make the audience feel worried, as the scene comes directly after the bats in the sky, giving a sense of concern as if something bad is going to happen.

Just before Bruce enters the greenhouse he pauses which shows the audience that he is scared and unsure of what is inside. The lighting in the greenhouse is bright and homelike giving a sense of normality.

When Bruce lands at the bottom of the well, the camera points upwards towards the bright light at the top. This contrasts the darkness and deepness of the rest of the well, taking away any normality from of outside.

The low angle shot, looking up at the top of the well, indicates how far he has fallen showing his weakness and helplessness. It also puts the audience in his position, showing his point of view, allowing us to feel the fear and darkness of what is to happen next. This is also shown when Bruce is looking further into the well when hundreds of bats fly upwards and out of the well. This can indicate freedom and also the journey he will have to make in the rest of the film.

In the next clip Bruce is shown as a grown man awaking from his dream. The camera is close up to his face, allowing the audience to see his reaction upon wakening; communicating his state of mind showing that he is distressed. Half of his face is in darkness while the other half is in light showing that his past still troubles him. This lightening of his surrounding also gives the audience a feel of how dark and depressing Bruce’s prison
life is and leaves us wondering why he is there.

When Bruce walks out of his cell in to the courtyard a medium shot is used to show the surrounding areas and where Bruce and his cellmate are walking into. On top of the walls in the background you can see armed guards looking down at the prisoners. This shows the audience how high security the prison is and potentially dangerous as well as making you wonder how and if he is able to escape. The camera then points towards various people in the yard. They all stop what they’re doing and look up at Bruce as he walks out. This could show that everyone in the prison knows what’s going to happen between him and ‘the devil’. It could also indicate that he is well known in the prison by other inmates.

When he is confronted by ‘the devil’, Bruce’s facial expressions remain plain showing no intimidation as if he is expecting to be punched in the face, which is what happens. This initiates Bruce to react, involving other prisoners in the fight. Various camera shots were used during the fight. One of these was hand-held. This was used to show how intense the fight was as well as giving the audience a sense of panic. As Bruce is dragging the man across the mud, a shallow focus is used on him (Bruce) to show his importance and all round strength and ability to take out the 7 men. When the guards notice the fight, they shoot up into the air alerting the prisoners of their presence. Bruce puts his arms up slightly and allows the guards to arrest and drag him off as he knows he’s done wrong. 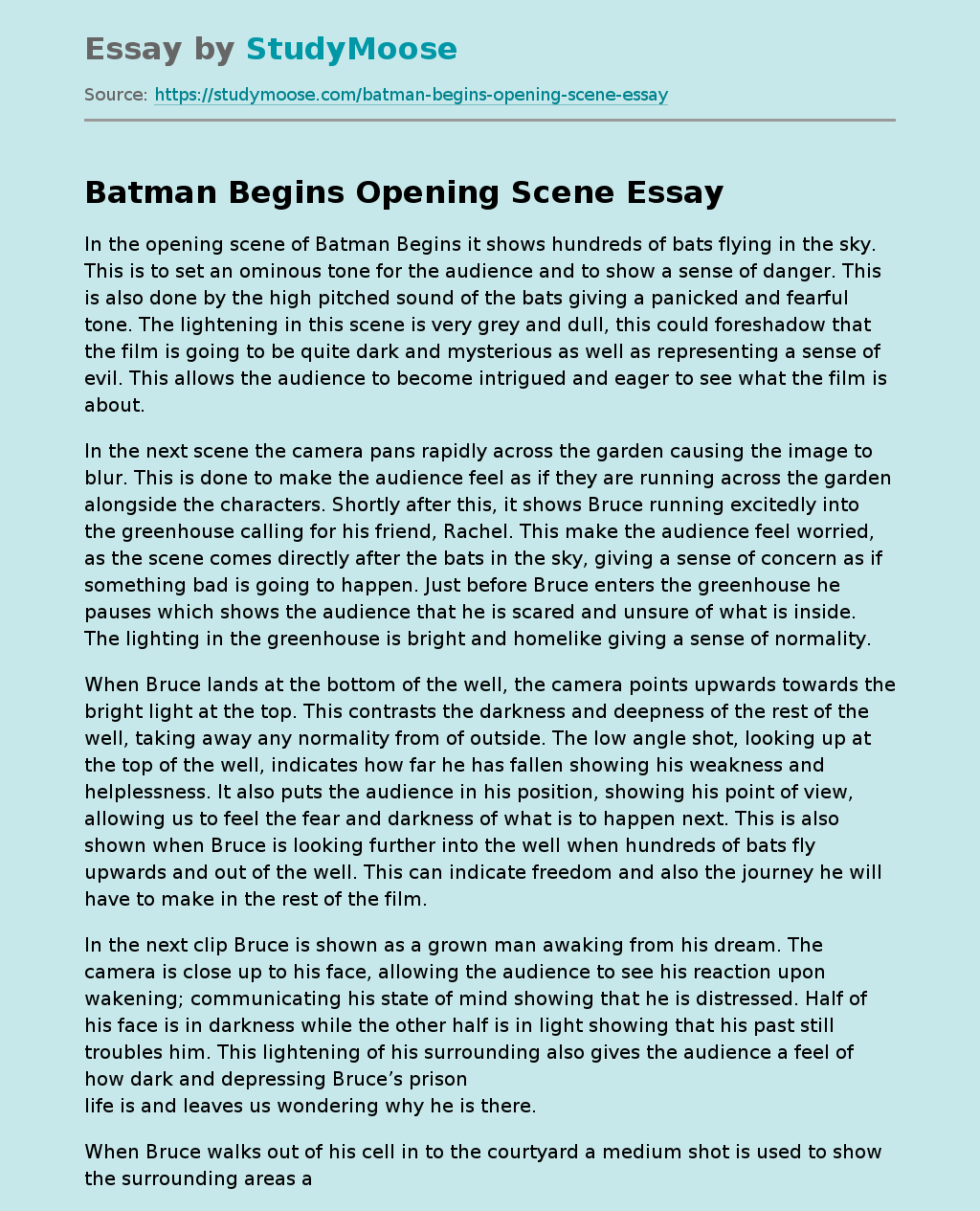