Basketball is better than football

The clock runs down and there’s the point guard with the ball dribbling up the court there’s 10 minutes left on the board and he’s stalling then out of now here he passes to the shooting guard 5-4-3-2-1 and he shoots swoosh the ball goes in and they win but one critic in the audience says football is better than basketball. To me basketball is better than football personally because I play it but I’m going to list how it is a “better” sport.

Don't use plagiarized sources. Get your custom essay on
“ Basketball is better than football ”
Get custom paper
NEW! smart matching with writer

For me basketball is better than football. Other than the exciting and entertaining plays that happen in basketball, the atmosphere itself in the arena is what makes it special. Yes, football games are fun to attend and have many die hard fans in the stands that cheer them on, but it doesn’t compare to the amount of energy in a basketball arena.

In some games, football fans stop cheering for their team when they are losing really badly, but in basketball, that’s just not the case.

Many bad teams have fans cheering them on when they are getting creamed by another team. Personally, I like them both. But when it comes to it basketball is the way to go.

Also, Rodger Goodell is the biggest idiot, he doesn’t care about the fans or the players because he wants to extend the season. And that’s really not fair and its a difference, The NBA cares a lot about their fans and that’s mostly who they do it for and to just have fun with the sport its self.

In conclusion to this topic, basketball is better than football. But it’s just my own opinion, and I do like both of the sports but I feel that football is for selected people size and the way they play and I would prefer basketball. But i still applaud the people that play football cause every time they play there risking getting injured or just seriously hurt by putting there body on the line. so i say basketball is a “better” sport than football.

Basketball is better than football. (2017, Jun 03). Retrieved from https://studymoose.com/basketball-is-better-than-football-essay 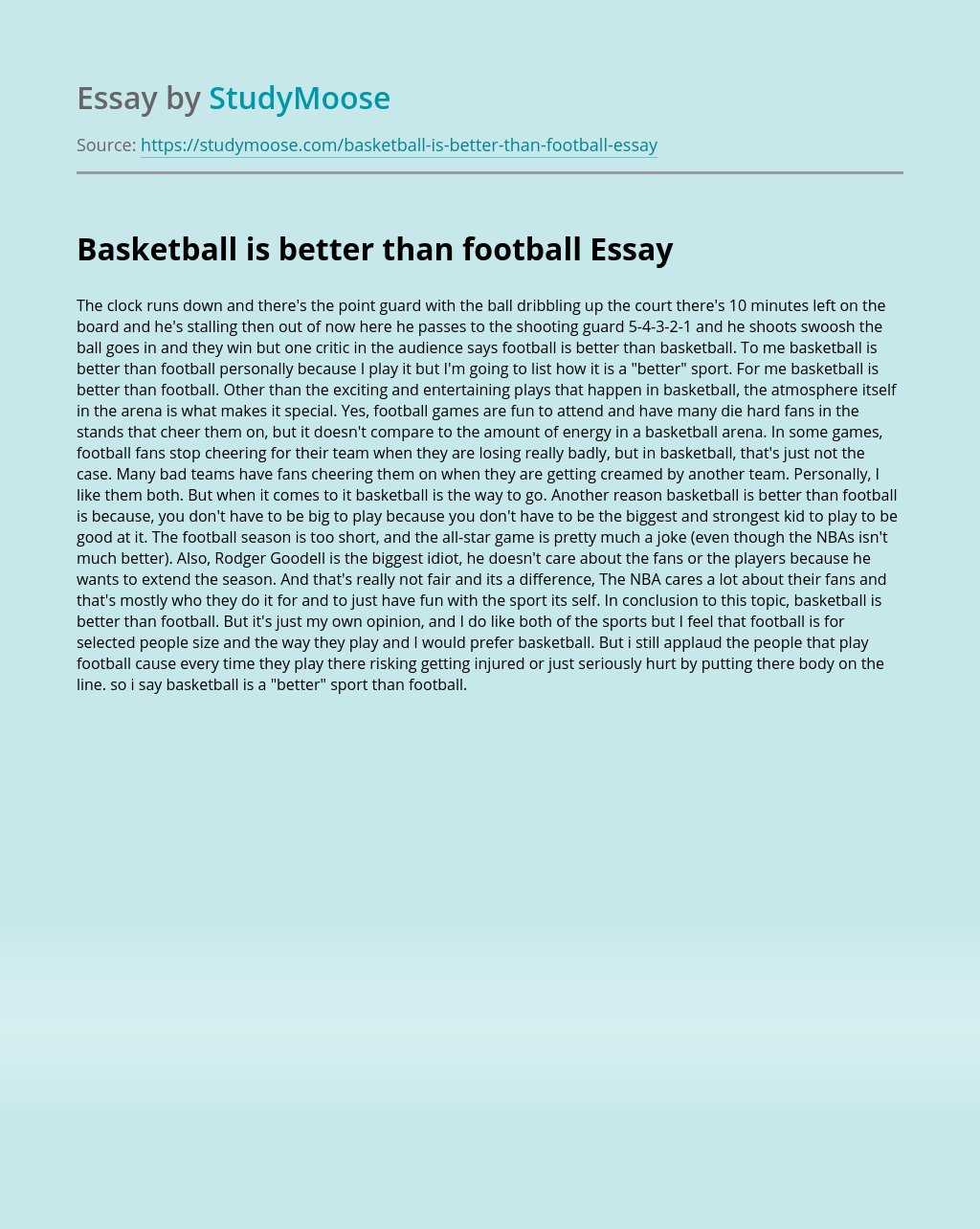