Mission of the organisation

We will be creating a mobile game called Bang Wagon. The goal of the game would be to shoot as much targets as possible on a moving wagon. Our game’s target market would be people of all ages, as it does not have a s steep learning curve. The reason as to why we chose to make this game was that there were many opportunities in earning money in the mobile games market. Our company name would be Space code and as a Game developer Company we are planning to rent an office at Lavender, where it is close to the city centre.

Don't use plagiarized sources. Get your custom essay on
“ Bang Wagon ”
Get custom paper
NEW! smart matching with writer

The different roles will then be split amongst us with the entire team working on the code and outsourcing some artists to help with the character design, background art and animation. We will also split into different roles to manage the company’s resources. General Environment Factor 2.1 Technological dimension It refers to the scientific and technological advancements in the industry and society at large.

Our business must actively adapt to the rapid improvement in technology.

The game we develop can make use of artificial intelligence to learn how well the player is playing and analyse it to constantly adjust the difficulty of the game to the level of skills by the player. We can collect these data and gain insights to improve the game to improve the user experience. This is important so the business can stay competitive to continue to be profitable.

2.2 Sociocultural dimension Since Singapore is experiencing aging population, this will widen our apps targeted user and allow more people to be able to enjoy it.

It refers to the demographic characteristics, norms, customs, and values of the population within which the organisation operates. Space Code believe that all age group should be able to have a good user experience, especially the older generation.

It refers to the general economic health of the country or region in which the organisation functions which include factors like inflation rates, interest rates, consumers’ incomes, economic policies, market conditions etc. Therefore, Space Code must ensure that the prices we set for the apps must be affordable to the consumers so as to boost the number of apps we can sell. The business must also price the apps competitively and similar to other competitor apps so as not to lose out sales to the competitor. This is to ensure the business can maximise its profit. Corporate culture What is corporate culture?

A symbol is an object, act, or event that conveys meaning to others. Symbols convey the organisation’s important values. Space Code is represented by a symbol of the words Space Code’ in capital letters in red and a cartoon little boy smiling while showing thumbs up below it. This conveys that the customers of Space Code’ will enjoy the games we offer, as represented by the cartoon little boy’s display of happiness and the words would attract the attention of the public.

A slogan is a phrase or sentence that expresses a key corporate value. Many companies use a slogan to convey special meaning to employees. Our slogan is Are you ready to travel to space?. This conveys the message that the experience the game brings is so real, it would feel as though the user is in the game. This would appeal to young people who are fascinated by the idea of being into space, thus would make them more inclined to download our game.

The rivalry among existing firms

There are many competitors in the game development industry including Gameloft, Rovio entertainment and Electronic Arts (EA) to name a few. These companies provide alternative mobile games for consumers. There has been a growth in the mobile gaming industry since 2012 with the release of iPhones. Mobile phones are a necessity in daily life and most people own a mobile phone. This makes mobile games accessible to almost everyone. This contributes to the growth in mobile game industries, causing the industry to become more competitive.

The Threat of New Entrants

This is the extent to which new competitors can enter the same market. In the mobile gaming industry, the barriers to entry are low, with relatively low start-up costs ranging from 50K to 100K. Along with the growth of mobile games estimated to occupy 50% of the global games market. The relative low start-up cost and the ever-growing mobile game market might attract more people to enter the mobile game industry. Thus, making the threat of new entrants one the most relevant Porters Competitive Forces that applicable for our mobile game business. Growth strategy used There are three growth strategies are commonly used in business-level strategy and planning:

After three years of operation, we would like to use Market Penetration Strategy to compete in the industry. This strategy involves seeking growth in current markets with current products or services. We can increase the rate of purchase of our product by advertising our games on app store or television. Besides that, we can engage in promotional activities, such as buy one skin get one skin for free to attract more people to play our games. In consideration of all the aspects, this strategy is the most suitable one for our company to take, since the rest two strategies is about seeking new markets and developing new products, which require us to spend more time and money on it.

Organising is the assigning of resources such as money, manpower, machine and material to achieve strategic goals.

The first reason of choosing functional structure is better efficiently using resources, which in terms gives us an economy of scale. The business is still quite new and resources must be fully utilised efficiently and effective. For example, all the accountants is in a finance department is together and there is no need for duplication of manpower resources. Thus, functional structure is more suitable for Space Code.

The second reason of choosing functional structure the team will be able to get in-depth skill specialisation and development. Since this approach group by specialisation, all the specialist is together and can learn from each other. For example, one employee might need some guidance from a part of his coding and can efficiently seek help since all the developer is in a same department. Thus, functional structure is more suitable for Space Code.

Work Schedule used There are four common work schedules to increase workers’ job satisfaction and motivation: (a)Flexitime (b)Compressed Worksheet (c)Job Sharing (d)Telecommuting We would like to propose telecommuting work schedule which is an arrangement that allows employees to perform their regular work duties from home or at another location. It implies that workers commute to work by electronic means such as telephone, computer modem, facsimile machine, etc. Telecommuting allows a worker greater freedom regarding his or her work hours and work location. It gives the employee more flexibility to balance work and personal obligations. To add on, allowing workers to telecommute often makes them more productive, which benefits the company.

Leadership is defined as the ability to influence a group towards an achievement of goals. Two leadership skills that are important for our business would be visioning and communicating. Visioning is having a clear sense of the future and the actions needed to get there successfully as well as the ability to communicate visions to others and develop a sense of great excitement about working hard to accomplish shared dreams. This leadership quality of visioning is very important to a gaming company from as early as the development stages of the game till after the game is published.

Visioning is important in the design phase as it helps to conceptualise what the completed game will be like and the steps needed to reach that stage. Visioning is still important when the game has been completed and published as there is still a need to add more content and updates such that the game remains fresh and interesting, this ensures that the game will remain relevant and not lose out to competitors. The leadership skill of motivating has high importance as well. Employee motivation affects productivity, and part of a manager’s job is to channel motivation toward the accomplishment of organisational goals.

When all the employees are motivated to make the game great, they will be willing to work extra hard to make sure the game is finished on schedule. Whereas if the employees are unmotivated, and if they cut corners in the design phase it might results in bugs in the game, or if they are not motivated after the game is released, they may not bother improving the game further and the game will stagnate and fall behind. One other reason why motivation is important is since our company is small, one person who lacks motivation to work hard will have a large implication on the rest of the company.

For example, if the coder is unmotivated and take a long time to code the game, the rest of the company will be unable to move on to the next stage of game development and cause the publishing of the game to be delayed. Our company will ensure that the staff is constantly motivated by having an employee of the year system where the best performing staff will be awarded an all-expense paid vacation to London.

Controlling is making something happen the way it’s supposed to happen. This is done via, monitoring performance, comparing it with goals and correcting as needed. There are four types of control systems, Financial control, Budgetary control, Quality control and Inventory control. The control system that we need to control is Budgetary control. Budget is the statement of planned allocation of resources expressed in quantitative terms for a period in time. There are two types of budgets, Capital expenditure budgets and Operating budgets.

There are three control methods, Feedforward, Concurrent and Feedback. These control methods are time based and usually occur during before, during and after. These will be the control methods we will be using. Feedforward or pre-control is done before work is performed and is future oriented. This will help prevent anticipated problems and it comes in the form of rules and regulations, policies and procedures and standards. This controls the qulit Concurrent is usually done Feedback or post control is usually done Details of meeting 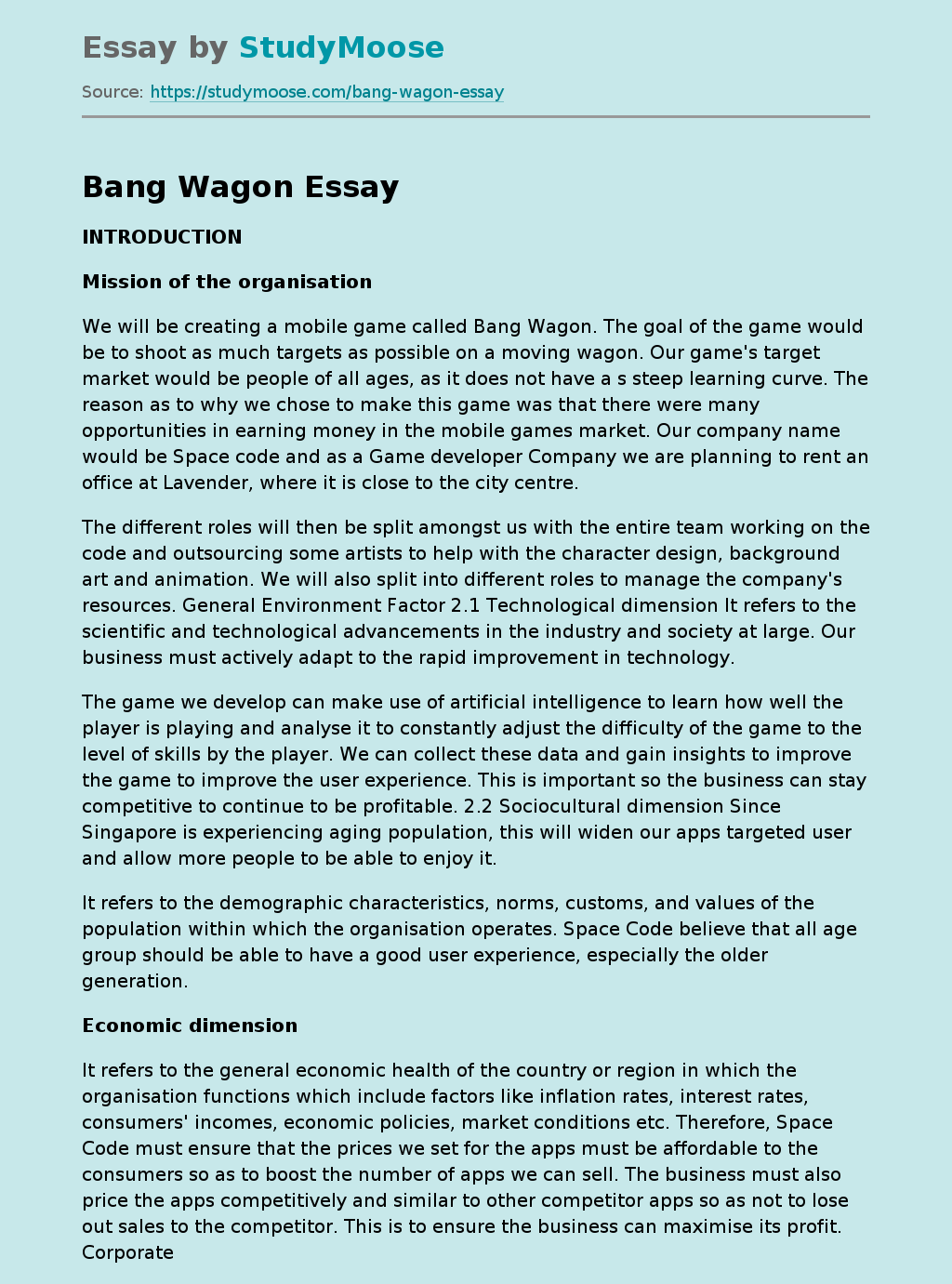