Balance of Trade and Payments in Business

The balance of payments account indicates a systematic record of all export incomes and import payments of a country during any year. Any import from abroad has to be paid for. On the other hand, any export will bring money flow into the country. If we subtract the total value of the imported commodities from the total value of the exported commodities of a country, what we obtain is called the ‘Balance of Trade’ of the country. If the difference is positive, i.

Don't use plagiarized sources. Get your custom essay on
“ Balance of Trade and Payments in Business ”
Get custom paper
NEW! smart matching with writer

On the other hand, the balance of payments is an accounting of its total exports and imports (including goods and services as well as other items).

Items Entering Into Balance of Payments

These are called ‘capital receipts’ of the country. Capital receipts also arise if this country has lent money to another country in the past and that country now starts repaying the loan. On the other hand, a country faces ‘capital outflows’ if it invests money in other countries or repays foreign loans taken in the past. Thus, four types of income and expenditure of foreign exchange are included in the balance of payments:

Causes of Adverse Balance of Payments

The main causes which can make the balance of payments of a country adverse are as follows:

Remedies For Adverse Balance of Payments

There are various steps that can be taken in order to remedy an adverse balance of payments. The basic task is to increase the inflow of foreign exchange and decrease its outflow. This can be done in several ways:

There are various steps that can be taken in order to remedy an adverse balance of payments. The basic task is to increase the inflow of foreign exchange and decrease its outflow. This can be done in several ways, such as imposing quotas, tariffs, adopting deflationary policies, devaluation of domestic currency, giving export subsidies and liberalization of imports.

Balance of Trade and Payments in Business. (2016, Apr 15). Retrieved from https://studymoose.com/balance-of-trade-and-payments-in-business-essay 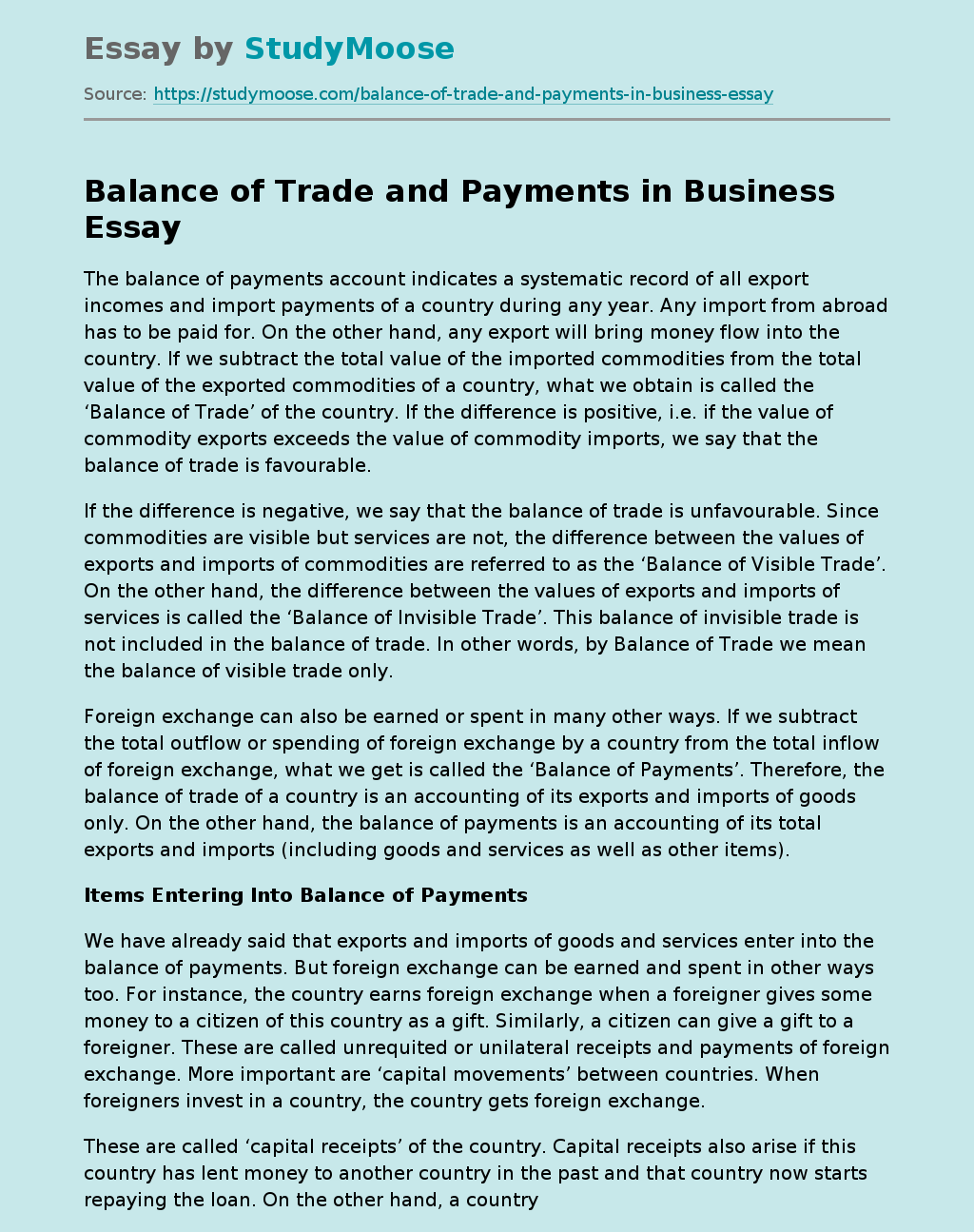