When she’s not novels or producing television shows, she is usually found in her sewing room, making things for her friends, her dog, or even her friends’ dogs! Katie Alender has written three books, ‘Bad Girls Don’t Die’, ‘From Bad to Cursed’, and her most recent novel, ‘As Dead as it Gets’.

Alexis Warren has pink hair and green eyes. The only thing Alexis really cares about is photography. The young high school student’s life changes when Kasey, Alexis’s little sister, is acting stranger than ever. Her blue eyes go green when she’s mad, she uses old-fashioned language, and she even loses track of chunks of time, claiming to know nothing about her strange behavior.

Their old house is changing, too. Doors open and close by themselves, water boils on the unlit stove, and an unplugged air conditioner turns the old house cold enough for the two girls to watch their breath come out of their mouths. Alexis wants to think that it’s all in her head, but soon, what she liked to think of as silly living room tricks are becoming life threatening, to her, her family, and to her new budding relationship with the class president, Carter. Alexis knows she’s the only person who can stop Kasey, but what if that green eyed girl isn’t even Kasey anymore?

Kasey – Alexis’s younger sister, who get possessed by the ghost of the young girl who was killed in their front yard. Carter – The student body president and Alexis’s admirer. Megan – Alexis’s arch nemesis Megan Wiley, who happens to be the captain of the cheerleading squad. Doom Squad – A group of Goth people Alexis used to hang out with. 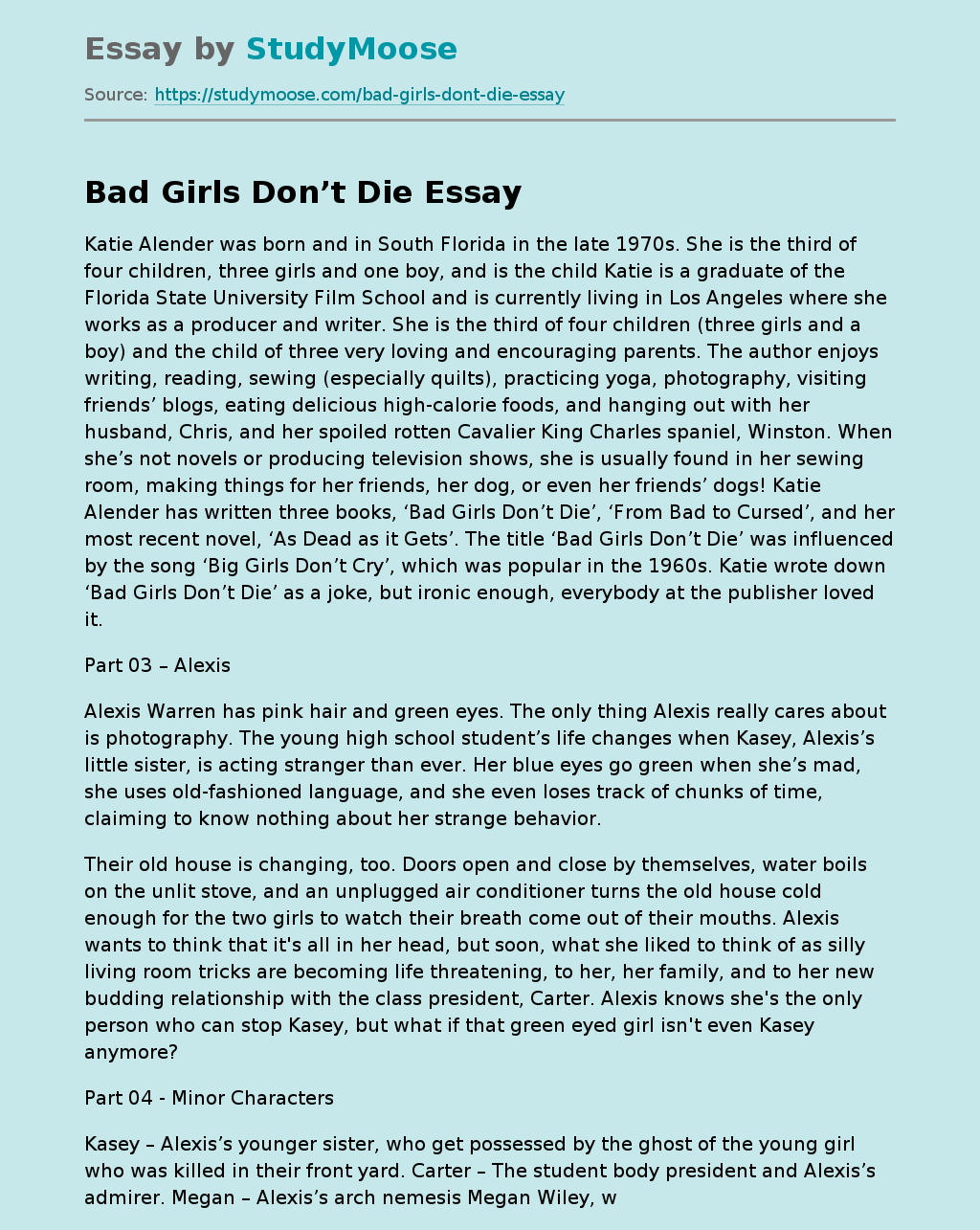