A sexually mature adult axolotl, at age 18–24 months, ranges in length from 15–45 cm (6–18 in), although a size close to 23 cm (9 in) is most common and greater than 30 cm (12 in) is rare. Axolotls possess features typical of salamander larvae, including external gills and a caudal fin extending from behind the head to the vent. Their heads are wide, and their eyes are lidless. Their limbs are underdeveloped and possess long, thin digits. Males are identified by their swollen cloacae lined with papillae, while females are noticeable for their wider bodies full of eggs.

Don't use plagiarized sources. Get your custom essay on
“ Axolotl Biology Research ”
Get custom paper
NEW! smart matching with writer

Three pairs of external gill stalks (rami) originate behind their heads and are used to move oxygenated water. The external gill rami are lined with filaments (fimbriae) to increase surface area for gas exchange. Four gill slits lined with gill rakers are hidden underneath the external gills. Axolotls have barely visible vestigial teeth, which would have developed during metamorphosis. The primary method of feeding is by suction, during which their rakers interlock to close the gill slits.

External gills are used for respiration, although buccal pumping (gulping air from the surface) may also be used in order to provide oxygen to their lungs.

Australians and New Zealanders frequently refer to the Axolotl as the Mexican Walking Fish, though the Axolotl is not a fish but an amphibian, a salamander, part of the order Caudata/Urodela.

Because it’s a salamander, it’s part of one of the three branches of class Amphibia, which also includes the frogs and toads[->0] (the Anurans[->1]), and the mainly eel-like order, Gymnophiona, which are also known as the Caecilians. The name “Axolotl” comes from the Aztec language, “Nahuatl”. One of the most popular translations of the name connects the Axolotl to the god of deformations and death, Xolotl, while the most commonly accepted translation is “water-dog” (from “atl” for water, and “xolotl”, which can also mean dog).

The mexican axolotl has the ability of regenerating its body parts, so if it loses a body part it can just grow it back. it is a carnovore The Axolotl is the largest member of the family Ambystomatidae The Axolotl was originally native to Xochimilco and Chalco, two freshwater lakes south of Mexico City. Sadly, Chalco is now gone, and Xochimilco survives only as a network of canals and lagoons. These bodies of water are muddy bottomed and rich in plant and animal life. 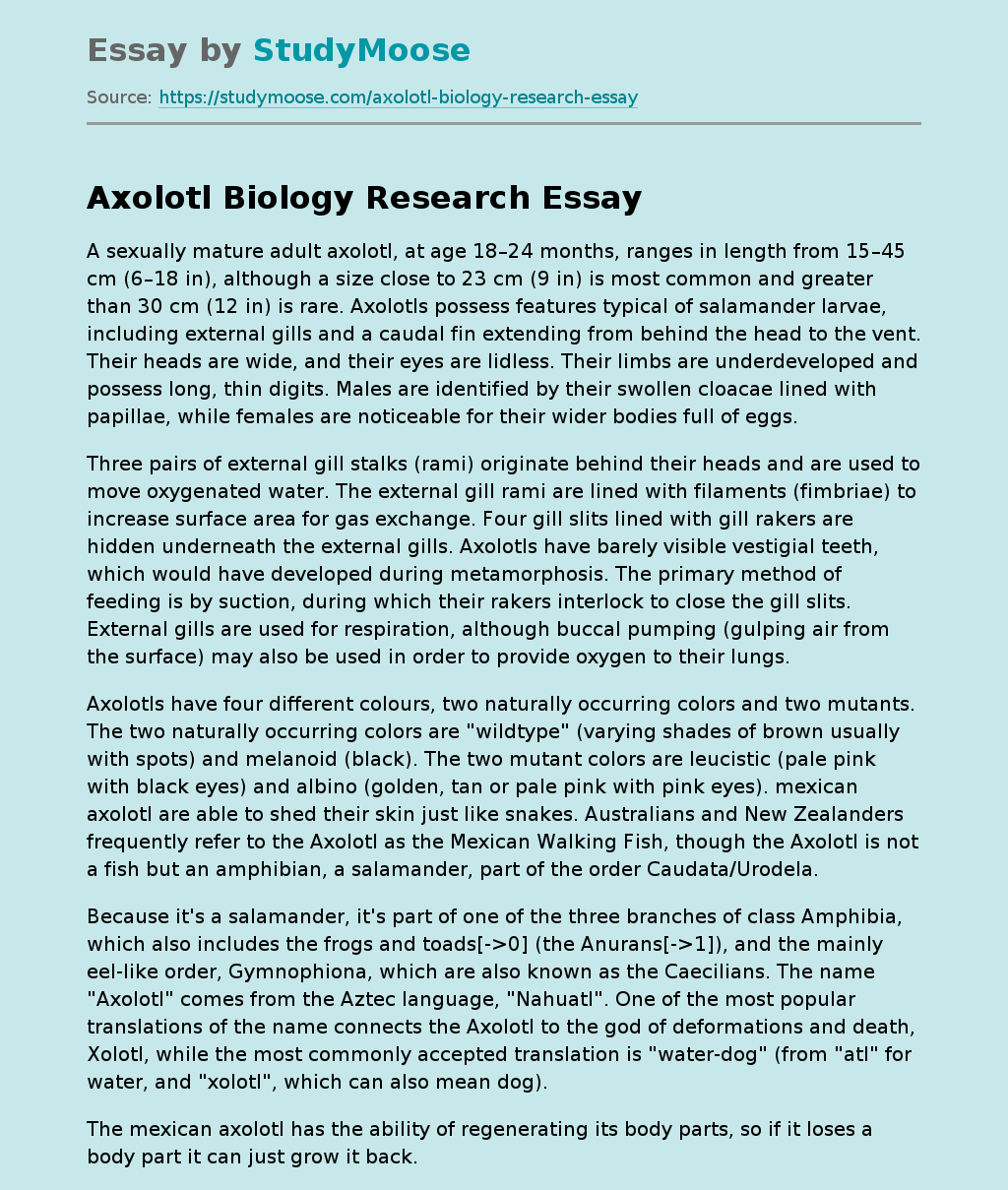