This assessment consists of 30 multiple-choice questions. The questions cover aviation subjects studied for the issue of the commercial pilot’s licence and general aircraft handling. The questions are answered by pointing and clicking the required answer using the mouse. To move to the next question click on the ‘next’ button. To go back to a question click on the ‘previous’ button. To change your answer point and click at another answer. The assessment is not timed. You should expect to take about 20 minutes to answer all the questions.

Don't use plagiarized sources. Get your custom essay on
“ Aviation questionnaire ”
Get custom paper
NEW! smart matching with writer

1)Jet airliners like the 737 or A320 have swept wings. The reason for this sweep back is?

To reduce drag at the design cruise mach number.”/>
To enable these aricraft to use less space when parking at airport gates.”/> To counter the aerodynamic pitch down effect at high mach numbers.”/>

3)Some modern airliners are fitted with slotted flaps.

The purpose of these slots is to”/ Enable the flaps to be curved into an aerofoil section”/>
Re-energise the upper surface airflow to prevent flow separation at high angles of attack”/> Increase the wing area and reduce the wing loading on takeoff and landing”/> 4)Dutch roll at high altitude is prevented in modern airliners by? Fitting full time yaw dampers”/>

5)If an airliner is flown faster than its MMo.

?
The handling characteristics may change above Mmo”/>
The drag rise due to compressibility will slow the aircraft down”/> The aircraft must be slowed immediately as any speed in excess of Mmo will
overstress the airframe”/>

8)Immediately after takeoff in a swept wing airliner such as the 737 the left engine fails. The aircraft will tend to”/> Yaw and roll to the right”/>
Yaw right and pitch nose up”/>
Yaw left and roll left”/>
9)After landing in rain on a runway promulgated as ‘Slippery when wet’ your aircraft starts to diverge from the runway centreline. What action do you take to stop the drift?”/> Cancel reverse thrust”/>

10)After landing on a dry runway which is the most effective retardation device?”/> The airbrakes / spoilers”/>
Reverse thrust”/>
The antiskid brakes

An increase in the calculated thrust setting required for takeoff”/> >

15)The symptoms of windshear may include”/>
Loss of altitude, airframe buffet, a high rate of descent combined with excessive pitch attitudes”/> A significant change of airspeed, divergence from the required flight path, normal control inputs insufficient to maintain the flight path”/> Loss of airspeed, increasing rate of descent and pre-stall buffet”/>

17) In calm winter conditions in NW Europe dense fog is cleared most effectively by”/> A change of airmass”/>
Solar radiation”/>
An increase in wind speed”/>
18)Flying at 33000 feet the aircraft cabin rapidly depressurises. What period of useful consciousness can you expect?”/> About 25 seconds”/>
About 50 seconds”/>
About 120 seconds”/>

24) At 1700 feet on an ILS approach the GPWS sounds ‘Whoop, whoop, pull up, pull up’. Would you”/> Check the ILS glideslope is within one dot and cross check altitude with the radio altimeter”/> Immediately go around following the standard missed approach procedure, inform ATC”/> Cancel the GPWS, check
on the glidepath and increase thrust as a precaution”/>

27)While in the holding pattern waiting to land you notice that the total fuel in tanks has fallen below company minimum reserves. What action would you take ?”/> Declare a ‘Fuel emergency’ and set the transponder to 7600″/> Declare an emergency and request assistance from ATC”/> 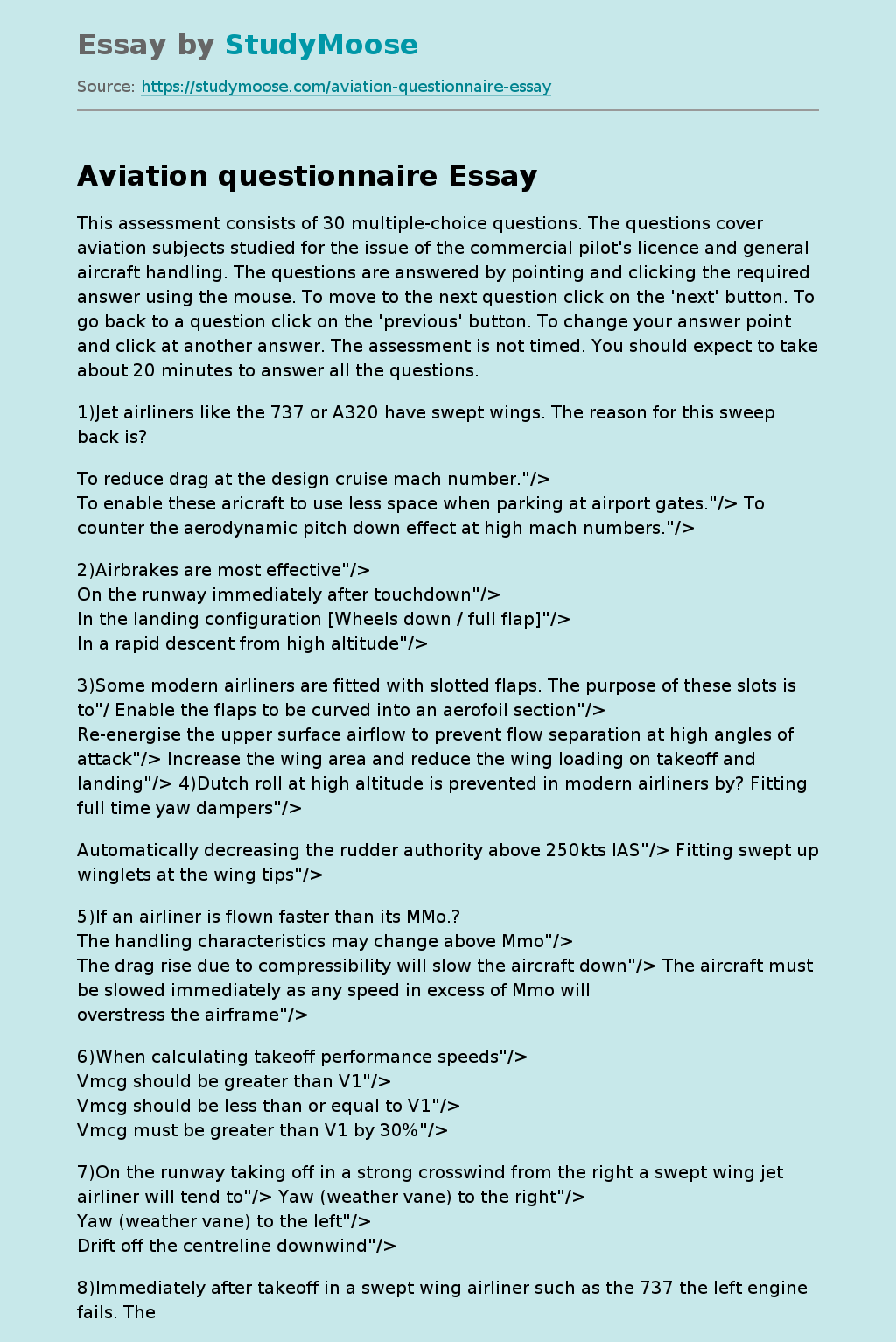