Don't use plagiarized sources. Get your custom essay on
“ As You Like It By William Shakespeare ”
Get custom paper
NEW! smart matching with writer

In act 1 of the text Rosalind is banished from the court of the duke and decides to seek upon her father in the forest of Arden.

Rosalind and Celia decide to disguise themselves, Celia as a country girl named Aliena and Rosalind as a young man named Ganymede. Rosalind and Celia are unaware of the consequences that occur from having disguises. A consequence of Rosalind’s male disguise as Ganymede is that she makes Phebe, a female shepherdess in the forest of Arden fall in love with her.

So the long-term consequences of Celia and Rosalind’s role-playing are miniscule only making the text more intricate and interesting for readers. In conclusion although characters in the text as you like it do pretend to be someone else, the consequences add to detail in the text and have have no serious consequences.

As You Like It By William Shakespeare. (2016, Sep 20). Retrieved from https://studymoose.com/as-you-like-it-by-william-shakespeare-essay 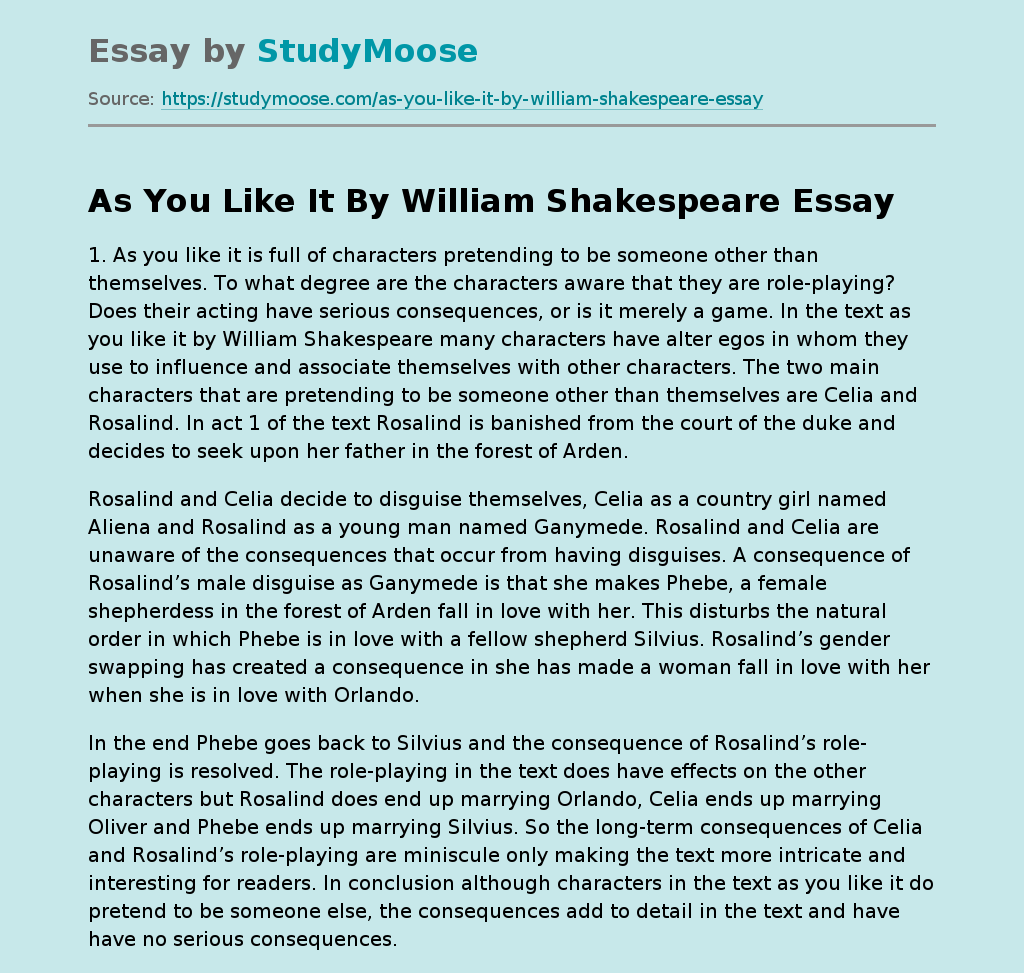