The Human Poverty Index (HPI) was an indication of the standard of living in a country, developed by the United Nations (UN) to complement the Human Development Index (HDI) and was first reported as part of the Human Development Report in 1997. It was considered to better reflect the extent of deprivation in developed countries compared to the HDI.[1] In 2010 it was supplanted by the UN’s Multidimensional Poverty Index. The HPI concentrates on the deprivation in the three essential elements of human life already reflected in the HDI: longevity, knowledge and a decent standard of living.

Don't use plagiarized sources.
Get Your Custom Essay on Araling Panlipunan in Philippines Just from $13,9/Page

The Gender Empowerment Measure (GEM) is the United Nations Development Programme’s attempt to measure the extent of gender inequality across the globe’s countries, based on estimates of women’s relative economic income, participations in high-paying positions with economic power, and access to professional and parliamentary positions.

They were created in order to rival the traditional income-focused measures of development such as the Gross Domestic Product (GDP) and the Gross National Product (GNP). Haq, the first director of the Human Development Report Office, established several principles for the newly emerging measure including provisions that it had to be simple, had to be represented as a single number, had to be easily calculated, had to yield numbers that were internationally comparable, had to use numbers available on a yearly basis and had to use numbers that were easily interpretable. The resulting measures that were created were the Gender-related Development Index (GDI) and the Gender Empowerment Measure (GEM). The GEM, the more specialized of the two, is focused on indicating the relative empowerment of women in a given country. 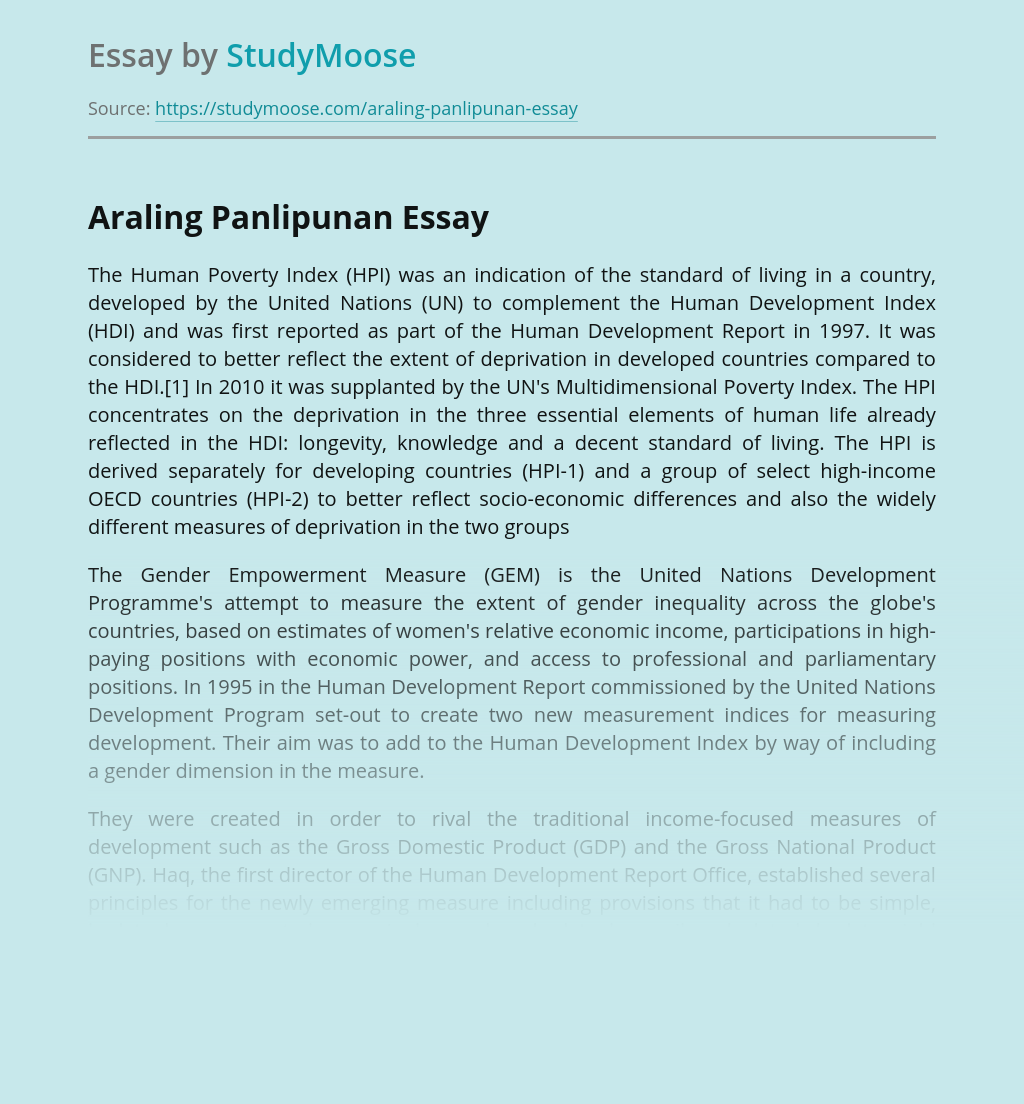