The Whigs and Democrats agreed on a few things. First, they agreed to push slavery aside as long as they could, as noted in the gag resolution. Not only that, but both parties also made use of campaigning towards the “common man.” Despite that, these parties also differed. The Whigs were made up of Jackson haters, whereas the Democrats composed of people who supported Jackson. With this in mind, the Whigs were incredibly disorganized. The Whigs also supported a national bank, whereas the Democrats certainly did not.

Don't use plagiarized sources. Get your custom essay on
“ Apush Whigs vs Democrats ”
Get custom paper
NEW! smart matching with writer

Finally, the Democrats supported westward expansion over the Whigs.

There were two significant events of Jackson’s time in office. First was the bank war. Jackson was against having a national bank because of the fear of having a monopoly. When Jackson vetoed Congress’s national bank bill, it showed how much power the president had over congress and in the separation of powers. Furthermore, Jackson, a democrat who supported westward expansion, had another significant issue while in office that was known as the Trail of Tears.

This showed that Americans disregarded Indians as a cost for White men’s expansion.

The first change was that women started to become initiated into the work force. During the market revolution, women who were young and unmarried were being used as a form of labor. Furthermore, women changed with the ideal of the Republican Motherhood. This basically stated that the women’s role in society is to raise the young Americans into well mannered leaders of possibly society as it is.

There were three changes during the market revolution. First was the mass influx of immigration. Due to this market economy, mass numbers of immigrants were coming in seeking jobs for low wages. Not only that, but also working relations decreased significantly. What used to be a friend as a boss was now a stranger. Finally, the use of alcohol changed. Once a social item, alcohol then became a use to escape the average individual’s job. 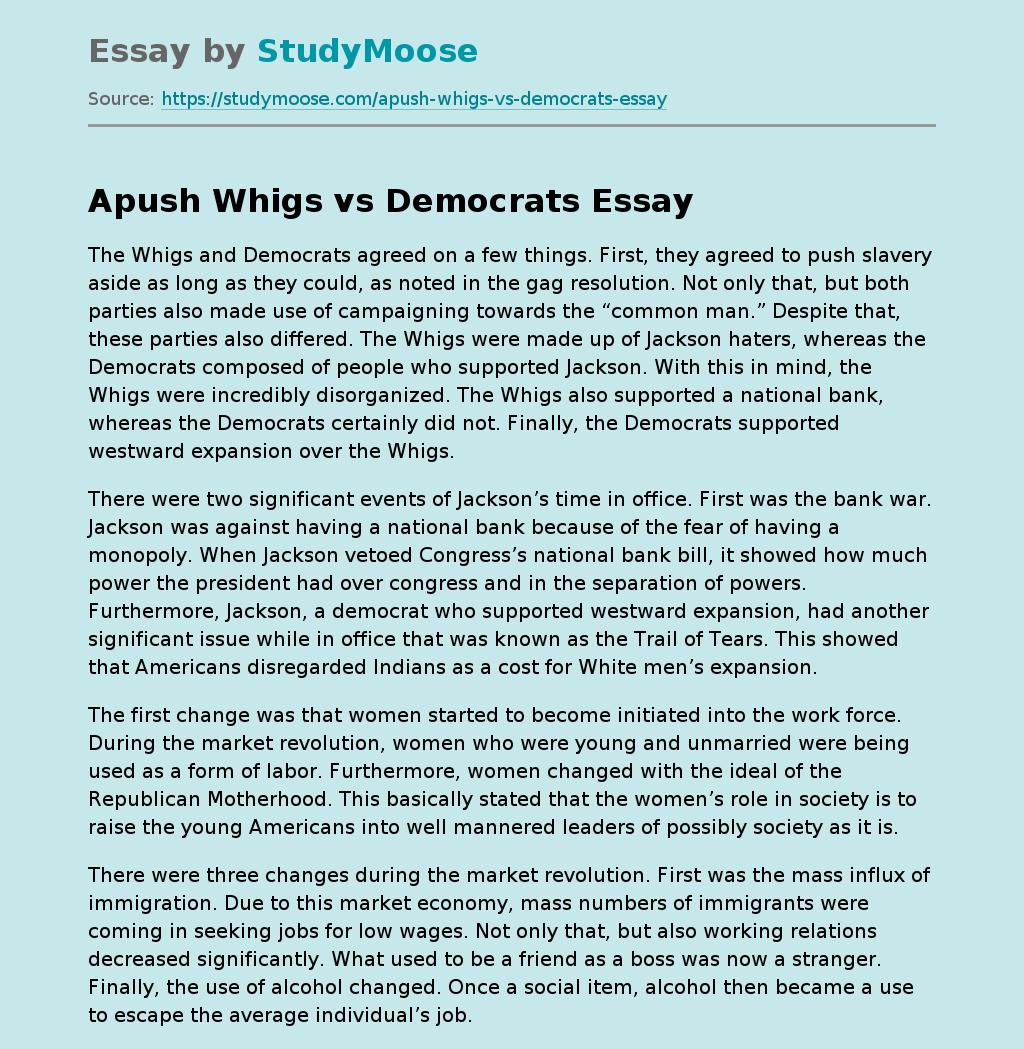