Categories: Monroe Doctrine
Download
Essay, Pages 8 (2080 words)
Views
184
Betty Friedan
1921-2006. American feminist, activist and writer. Best known for starting the “Second Wave” of feminism through the writing of her book “The Feminine Mystique”.
Billy Graham
One of the most popular evangelical ministers of the era. Star of the first televised “crusades” for religious revival. He believed that all doubts about the literal interpretation of the bible were traps set by Satan. He supported Republicans and a large increase to money in the military.
Oral Roberts
This American Pentecostal televangelist was famous for his healing ministry and the university he founded in Tulsa.
Don’t waste time
Get a verified expert to help you with APUSH Chapter 37
Hire verified expert
$35.80 for a 2-page paper
Fulton J. Sheen
Catholic bishop who became a television personality through program “Life Is Worth Living”
Elvis Presley
white singer born in 1935 in Tupelo, Mississippi; chief revolutionary of popular music in the 1950s, fused black rhythm and blues with white bluegrass and country styles; created a new musical idiom known forever after as rock and roll
Marilyn Monroe
A twentieth-century actress who became the leading sex symbol of the 1950s.

While still in her thirties, she died of an overdose of sleeping pills. Among her best-known films are The Seven-Year Itch, Bus Stop, and Some Like it Hot.

David Riesman
Wrote “The Lonely Crowd”, a sociological study of modern conformity, which postulates the existence of the “inner-directed” and “other-directed” personalities. Riesman argues that the character of post WWII American society impels individuals to “other-directedness”, the preeminent example being modern suburbia, where individuals seek their neighbors’ approval and fear being outcast from their community.
Dwight Eisenhower
leader of the Allied forces in Europe during WW2–leader of troops in Africa and commander in DDay invasion-elected president-president during integration of Little Rock Central High School
Adlai Stevenson
ran against Eisenhower, The Democratic candidate who ran against Eisenhower in 1952.
Top Experts

His intellectual speeches earned him and his supporters the term “eggheads”. Lost to Eisenhower. 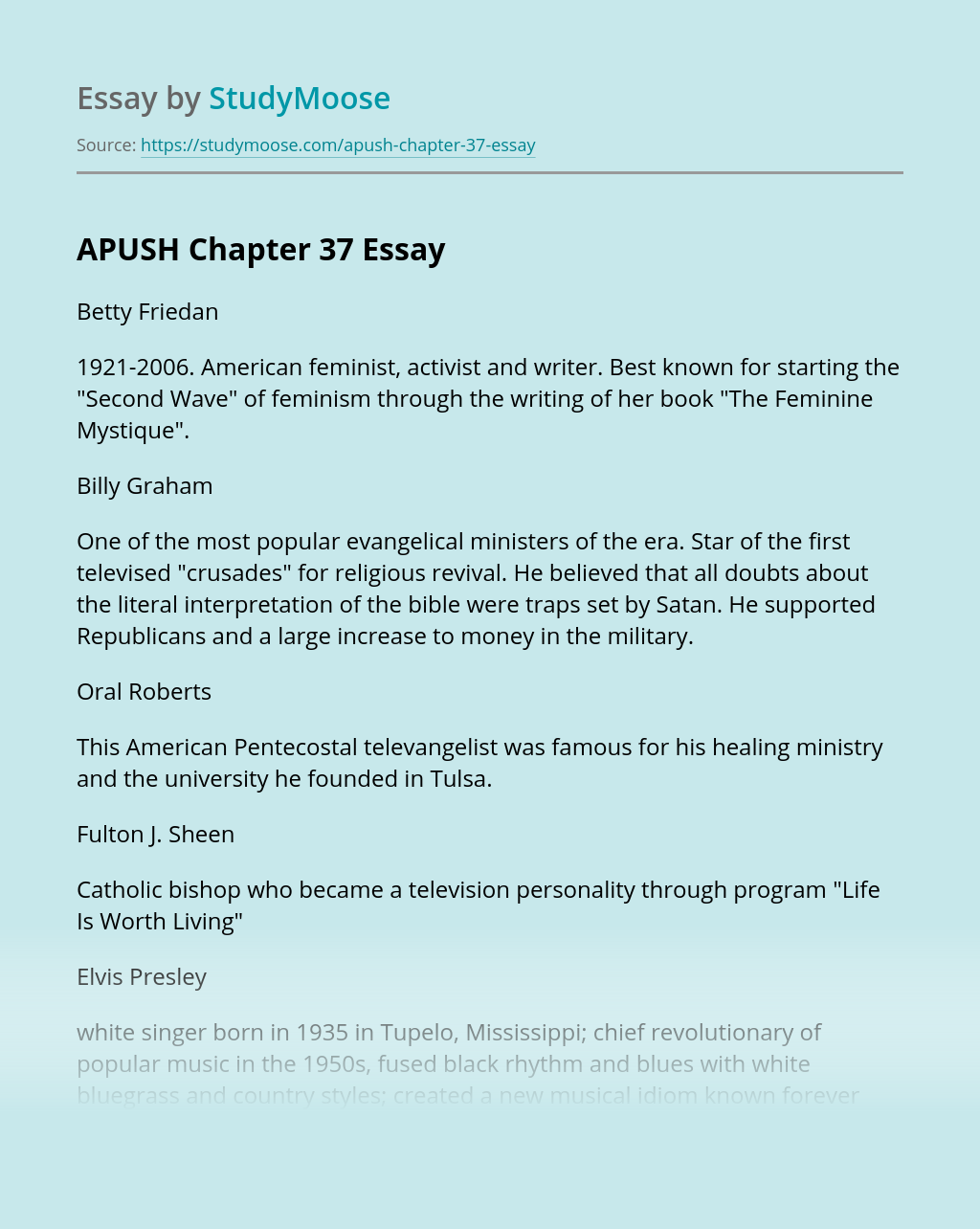