Don't use plagiarized sources. Get your custom essay on
“ Anti-Federalist V. Federalist Ratifying the Constitution ”
Get custom paper
NEW! smart matching with writer

During that time this impacted the societies economic and the unity of everyone because every state function independently thinking about their own interest instead of the nation as a whole and as well as the votes that were determining on the state’s population. The point of view of those who supported the constitution is that it balanced the power between the state and national government.

Those that opposed ratifying the constitution thought that having a central government would only serve the interest of politician and abuse the power of the constitution.

The Anti-Federalist wanted to secure the rights of the people and they knew that it lacked of protection for individual rights. I think the groups voiced their disagreement because they wanted to prevent anything from happening before it’s too late to change anything. The action that was taken to address this issue was the Bill of Rights; it was adapted to the Constitution, since the Constitution weakened and it needed a national Bill of Rights that guarantee the people would have freedom of speech, religion and press.

The constitution granted a limited amount of power to the national government so that it would not be abuse the rights of the state or the people. The constitution later created the checks and balance system that would check each other making sure that one branch does not dominate another it would also protect the citizens from the government with absolute power. The lasting impact of the governmental action was the checks and balance it holds the branched in check for overruling one another and the Bill of Rights.

For all of the reasons the Anti-federalist thought of the risks that were being taken and were thinking about the people instead of themselves. For the individuals that cannot stand up on their own, so I think that the Anti-Federalist spoke for them. With the Articles of Confederation in power there were just many problems that arose during that period of time. Many people disagreed with the Articles of Confederation being replaced because they don’t want a ruler and because of many things they wanted to create something that the country would not go through again. 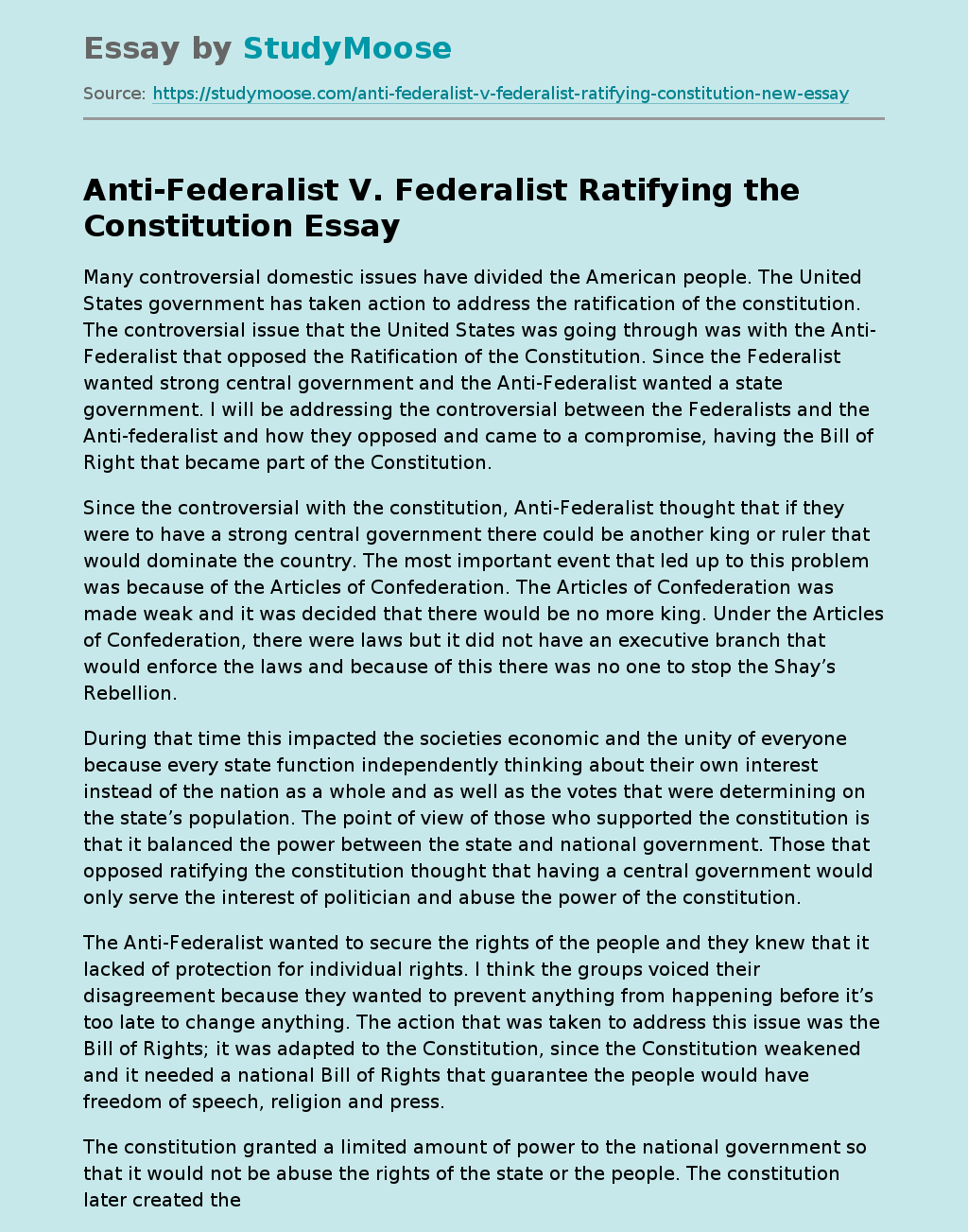