Categories: AnthropologyForensic AnthropologyHuman
Download paper
Download
Essay, Pages 16 (3998 words)
Views
27
Human beings depend on culture for survival.
True
Physical anthropology includes the study of linguistic variation as it relates to climate.
False
Physical anthropologists assisted with the identification of victims at New York’s World Trade Center after 9/11.
True
Morphology refers to physical shape and appearance.
True
Observations of living primates inform our efforts to understand our evolutionary past.
True
Darwin’s observation that bipedalism frees the hand to hold objects led him to hypothesize that tool use was an important selective pressure on bipedalism.
Don’t waste time
Get a verified writer to help you with Anthro
Hire verified writer
$35.80 for a 2-page paper
True
A recent news article reports on findings from a dig in Mesopotamia. The researchers report that skeletal populations indicate a decline in stature and likely overall health at this period in time. This reminds you of another study you have read about, the populations of St. Catherines Island. What could be the reasons for the changes in skeletons?
Health and stature declined with the adoption of agriculture.
Archaeology is:
the study of the behavior and material culture of past human societies.
Physical anthropology:
relies on the scientific method.
The scientific method:
involves empirical data collection and hypothesis testing.
A hypothesis:
is an attempt to explain observations and predict future scientific results.
Forensic anthropology differs from biocultural anthropology in which of the following ways?
applies anthropological techniques to modern crime scenes and disasters
How is biocultural anthropology different from cultural anthropology?
It examines the interaction between genetics and culture in shaping human biology.
Bipedalism is considered one of the hallmarks of hominid evolution because:
it was the first evolutionary development that clearly distinguished us from other animals.
Top Writers
Doctor Jennifer 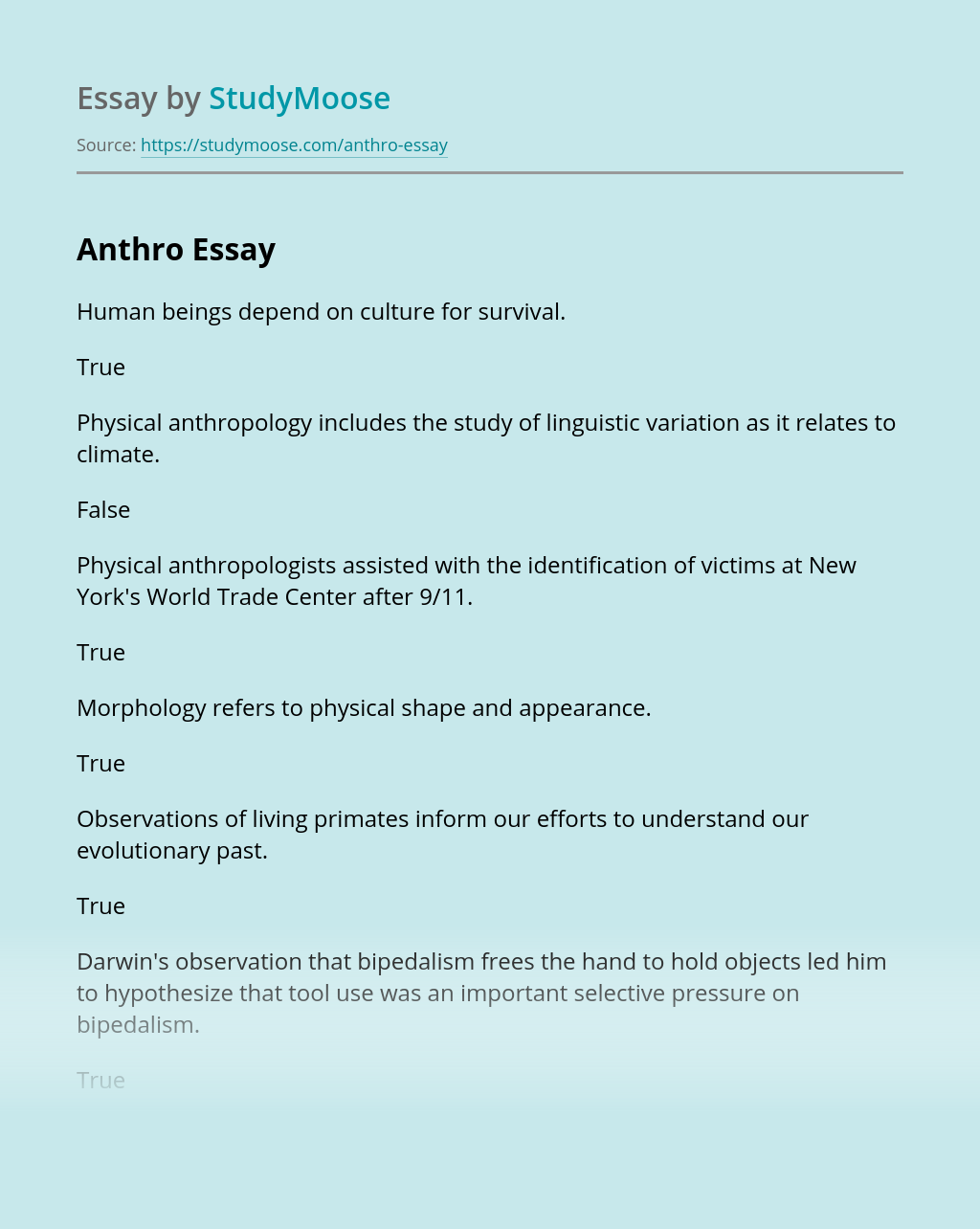