Andy Goldsworthy is able to create something aesthetically pleasing or conceptually pleasing out of absolutely nothing. He takes what he can from the land and produces sculptures by melting ice together, collecting wood or piling rocks in unique ways. Andy Goldsworthy creates his art using his bare hands alone, and while the art is still standing, he creates his own significant places. His art would often erode or collapse but for the brief time they are standing, his creations show bure beauty and amazement.

Don't use plagiarized sources. Get your custom essay on
“ Andy Goldsworthy – Essay ”
Get custom paper
NEW! smart matching with writer

Andy attempts to get closer to nature in all of his artworks. He portrays to the audience the importance of nature by recreating the different sculptures to remind us of the beauty nature holds. “ “As with all my work, whether it’s a leaf on a rock or ice on a rock, I’m trying to get beneath the surface appearance of things. Working the surface of a stone is an attempt to understand the internal energy of the stone.

”- Andy Goldsworthy Goldsworthy tries to keep things simple in what he does. He uses only the materials and tools he is provided with by nature.

If it is snowing, he will use the snow as his material, if it is autumn he works with the colours of falling leaves, a falling tree is a source of twigs and branches. Goldsworthy works with the land and not against it. He believes that the he has to learn about the lands surroundings and portray them through his artworks so that when others see the art they instantly feel the emotions of what is around them.

He causes us to get sucked into the nature of the artwork and its serenity. “At its most successful, my ‘touch’ looks into the heart of nature; most days I don’t even get close.

These things are all part of a transient process that I cannot understand unless my touch is also transient-only in this way can the cycle remain unbroken and the process be complete. ” -Andy Goldsworthy Touch is an important element in the process of Andy Goldsworthy’s art making. He likes to touch before he places any material in order to get connected with the piece and feel the energy of his artwork. He learns from nature and f the piece doesn’t fit right, it could all come crumbling down. This fragile art is what makes his art so interesting to viewers and is what holds to emotion of the piece.

Andy often takes photos of his artwork just after he creates them. He then sells the photos and not the artworks as the artworks often erode or fall. In his photographs, he still manages to portray the emotion seen in all his works. In making this art Goldsworthy must be extremely patient and rely completely on nature. He has had to try again many times after something has not worked and his art has come crashing to the floor. The materials used are very delicate and need to be handled with care, but again, this is what makes his art so interesting and exciting.

Andy believes in the way nature can teach you many things and overwhelm you with such grace and beauty. Each of Andy’s artworks provides a story or portrays information in order to make the audience wonder. Andy takes interest in creating land art because of the serenity he produces through nature and because of what he can learn from his art. He is interested in finding the figure or picture to suit that area. He uses subtle amounts of colours in his artworks to create a contrast in what is real and what is art. His artworks vary in size, they could cover large mounts of land or could just consist of a small rock pile behind a tree.

The size will vary on what the atmosphere of the land holds. Goldsworthy just works with what he has. Every choice counts in his artworks and he has to take his time to create them but in the end, what he produces is magnificent. Emily Kame Kngwarreye- Emily Kame Kngwarreye is an aboriginal artist who strives on creating her work on the emotions and nature of the land. Her land and the closeness and connection she shares with it inspire her work. Emily is an Elder in Anmatyerre, her aboriginal community, and uses this cultural experience as a basis for her artworks.

Her artworks are also based on her lifelong custodianship of the women’s dreaming sites in her clan country Albalkere. The beliefs in the dreamtime stories that have been passed down by ancestors and portray them in her artworks. It was her Dreaming that was the source of the creative power, of her knowledge. So profound was her identification with Alhalkere that it infused her life and her belief system. Alhalkere was the source of her paintings. Even physically, Emily’s pierced nose bore homage to the ancestor Alhalkere, a pierced rock standing on the Country of the same name.

Emily believed purely in this ancestor and gained the knowledge for her paintings form her belief. | Emily tried to convey her land through her art by using colours and symbols in her artworks. Because of her strong Aboriginal connection with the land, she presented this as her significant place and acknowledged this throughout all of her artworks. Often she would use materials found in the land such as what she painted on or with and sometimes even painted using her hands, but mostly she used paint and a brush.

The colours she used were to portray her land and symbolize her connection with the ‘Sunburnt’ country. She would use colours such as warm yellows, reds, pinks and orange to portray her land and chose to represent the nature of the land through rough strokes and dots. Usually she painted what came to mind when she thought about her dreamtime stories or chose to tell the story in her artwork using a number of colours and figures. Her land is what is most important in her belief system and she cherishes her connection with nature and the dreamtime stories.

In her artworks, each action is carefully chosen to portray her belief in the land. They demonstrate the connection between Aboriginals and their nature. Emily’s art also displays the relationship between Indigenous Australians and the dreamtime stories they tell which usually involve their land and ancestors. Emily’s art tells the story of her life. It displays her beliefs and inspirations and also the significance of the land in Aboriginal culture. So by looking at her artworks we feel an overwhelming respect for Emily and her heritage.

We feel the landscape of her land and the hidden treasures that are held close to her community. Emily’s art displays a sense of pride for her land and helps us to convey the same proudness in our lives. Although some of her artworks display sadness and loss, most demonstrate beauty and love. This sense of happiness enters the viewers mid as soon as they set eyes on her artworks. This feeling is what Emily was trying to convey I her artworks. She tries to capture the unseen beauty of the land and reproduce it so that it is no longer hidden to the viewers eye. Emily paints out of pure adoration to her land. 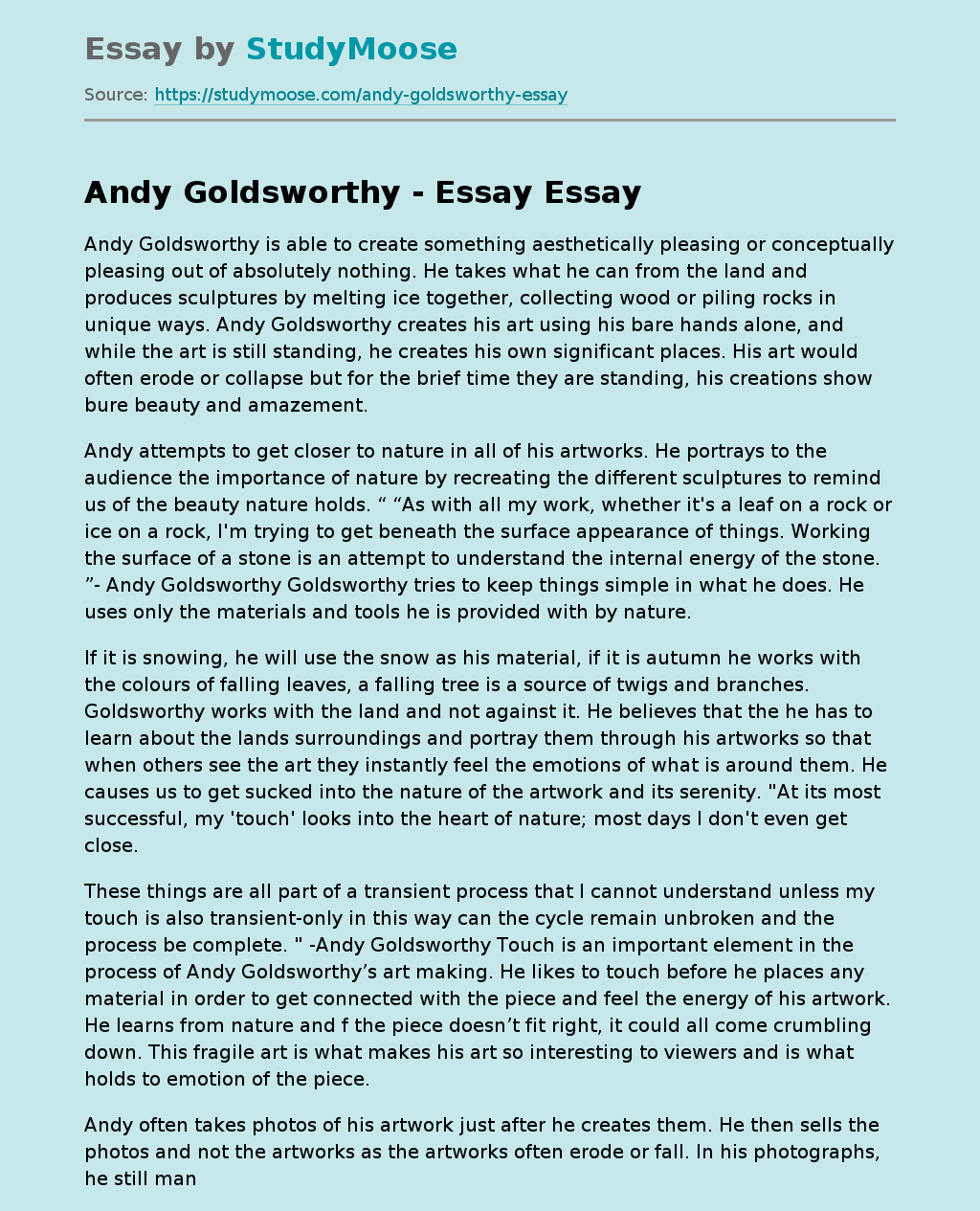