The researcher analyzed Pope Joan’s life focusing on gender issues. The novel Pope joan written by donna wool folk cross is one of the keys to find the most important information and thus answer the questions and attain the objective of the study, also to gather the needed data library research and browsing various websites were done. This study aims to show how the pope upheld her empowerment in three levels of equality: conscientization, participation, and access. The study.

The described how the Filipino women way of living differ to those women who live in the time of pope Joan’s time.

Don't use plagiarized sources. Get your custom essay on
“ Pope Joan ”
Get custom paper
NEW! smart matching with writer

Qualitative method of research was employed in the study.the novel pope Joan by donna wool folk cross served as the primary source of data. The study presented how pope Joan upheld women empowerment in different levels of equality.

Based on the novel pope Joan build an institution for women named st.catherine to be able for them to learn and for them to have good reasons and be equal in decision making as well as to control the balance of power.

these objectives of pope Joan contribute to the participation as one levels of equality. In the sense of conscientization, pope Joan corrected some cardinal priest as they preach that upon resurrection women’s imperfection would be remedied, eliminating that line might helpthe priest to achieve better effect with the female parishioners, pope Joan’s objective and mission did not affect the roman contemporary culture where conforming authority and power are played bt men, while women occupy the subordinate position in terms of access in levels of quality pope Joan rebuild the marcian aqueduct using the papal treasure for the health of poorest people in the city.

She also applies her abilities and knowledge gain in fulda such good reasoning, and medical skill. In the light of the facts revealed, the researcher recommendation to improve critical thinking as well as raising of gender sensitivity awareness, students must have an open mind as they critically analyzed literary pieces on gender and development as they are future community leaders. Teacher of literature must consider instructional materials that will help in deeper understanding of the students on varied ways of advocating gender and women improvement and community. 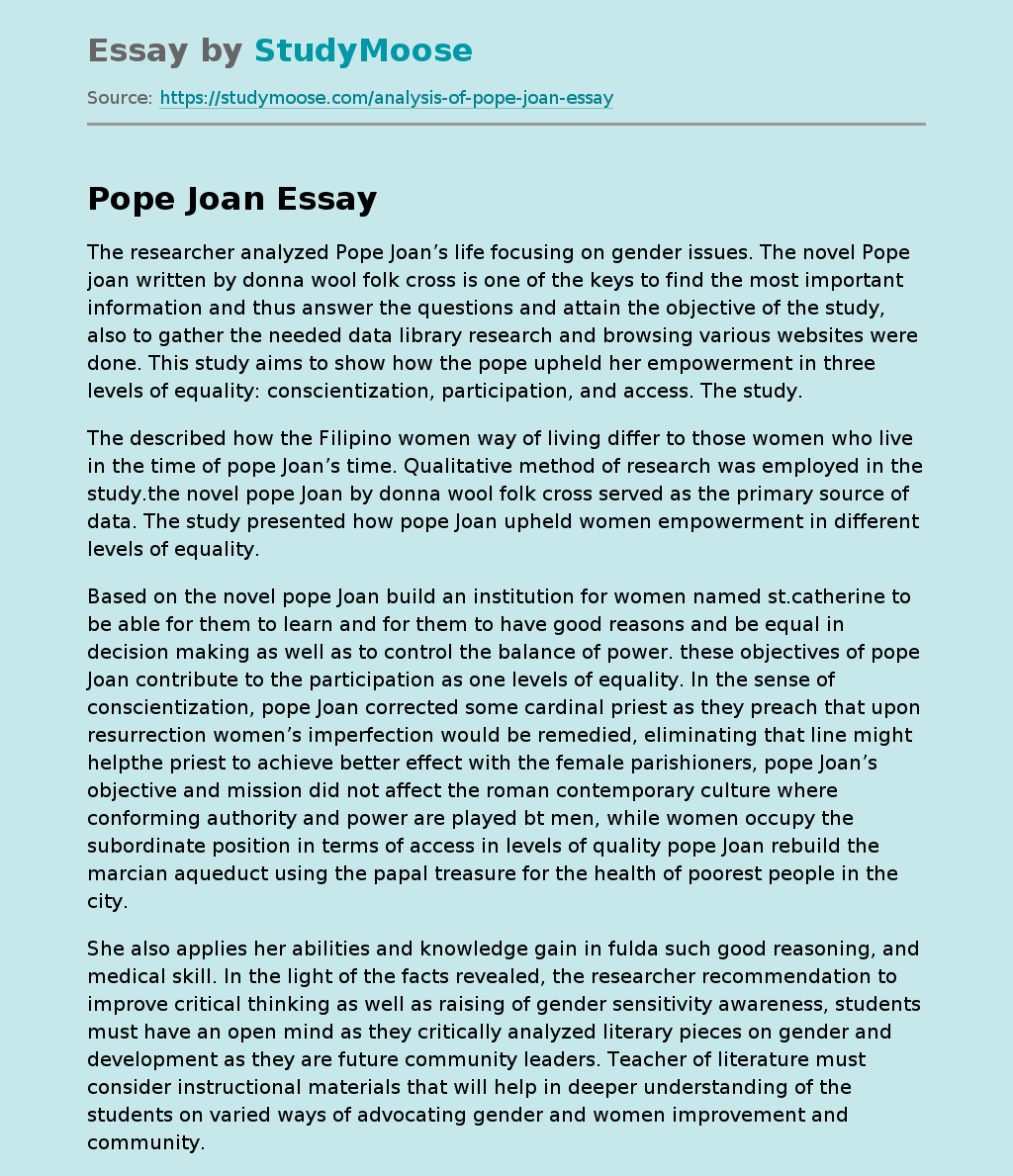