Have you ever been in a situation when you are bored and you don’t know what to watch on T.V?

For those kids that are bored all the time here’s Superman the strongest, fastest and handsome superhero. I’ve been watching Superman movies for over the past five years of my life, and I know everything about him. So the time that you are bored and you don’t have nothing to do or watch think about watching Superman.

Don't use plagiarized sources. Get your custom essay on
“ Analysis of Character Superman ”
Get custom paper
NEW! smart matching with writer

Today I will be telling you where does he come from, his powers and who is he.

Let’s talk about Superman and where does he come from. Superman was born in Krypton, a distant planet which orbits around a red sun, Superman was launched towards Earth as an infant by his dad just before touching down in Kansas Superman was raised as Clark Joseph Kent by a farmer, Jonathan Kent and his wife, Martha Kent, he went to school as the other normal kids, those days were the worse because even he save his whole class from an accident the kids used to bully him a lot by calling him weird or deformed.

Superman graduated from college as a journalist and got a job at the Daily Planet.

Another power or ability that Superman has is his speed, Superman’s speed is four times faster than a jaguar, and can you imagine that. Another ability that he has is his strength, Superman is immensely strong both in terms of muscle power and ability to take physical punishment so don’t try to fight Superman because you are going to get really hurt for days or weeks or even months.

Next, we are going to be talking about Superman’s secret identity and personality. Clark Joseph Kent is a fictional character, he serves as the civilian and secret identity of superman. Clark is so cute that girls and all type of woman’s with different ages chased him so he doesn’t have one minute to be alone without crazy ladies chasing him. Clark’s situation is one of most any working staff can relate to, when they’ve had enough and don’t want to take it no more. Clark became a journalist in the first place because he wanted to speak out things he couldn’t as Superman. Superman’s personality is rough and aggressive but when he is Clark he is so kind and nice with all good people and sometimes even with bad people.

In conclusion we already know a lot about Superman, who is he, what are his abilities or powers and where he came from. 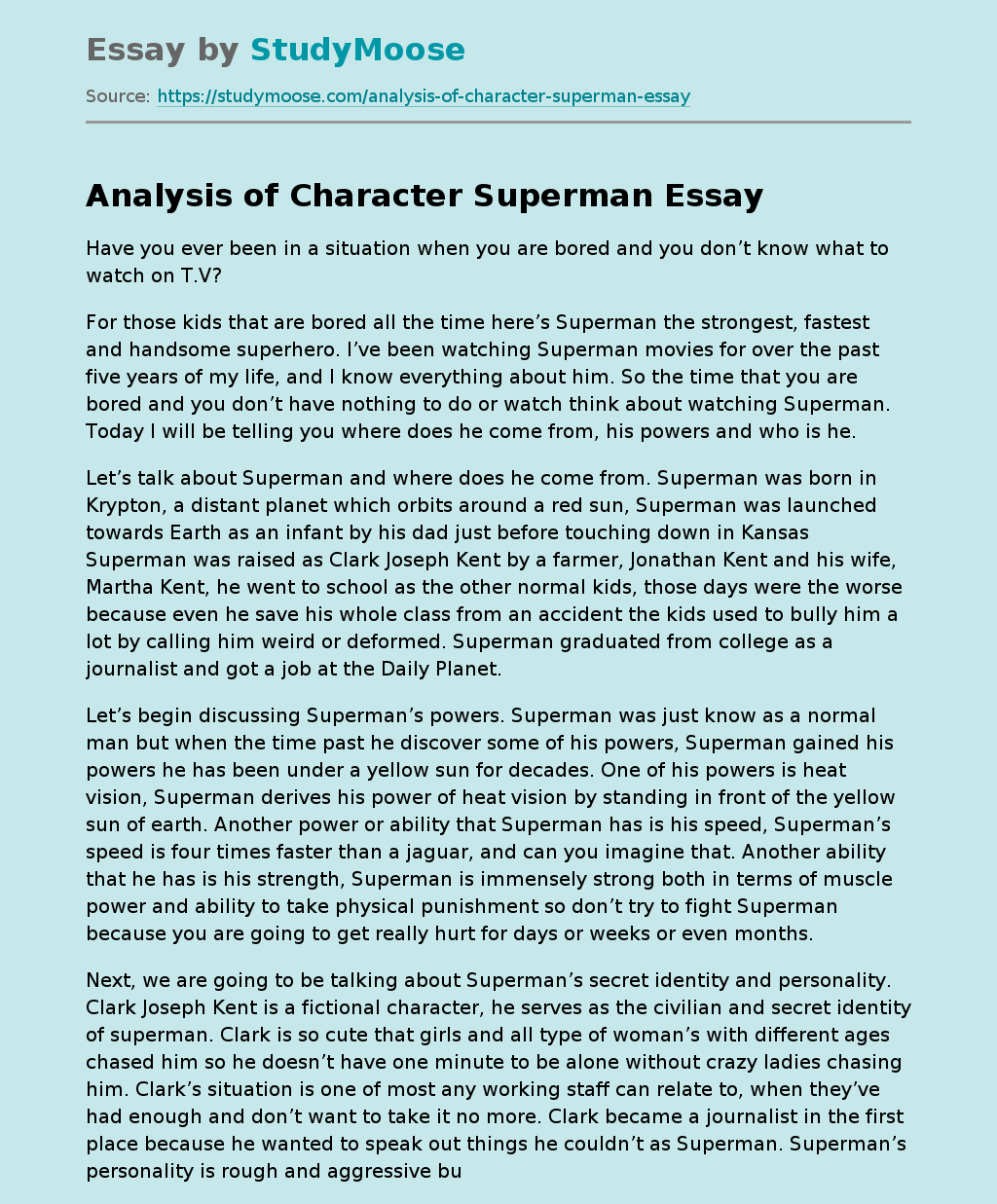