In Bram Stokers novel Dracula, the first chapter presents the audience with the narrator Jonathan Harker describing a sunny day is Munich, however as Mr. Harker prepares to go for a drive his coachman Johann is warned to be back before nightfall because it is Walpurgis Nacht. While on his drive Mr. Harker discovers a road that leads to an abandoned village that Johann refuses to take. Mr. Harker gives up on having Johann take him down this road and determines to travel this road on foot sending Johann home.

Don't use plagiarized sources. Get your custom essay on
“ An Analysis of Dracula by Bram Stoker as an Example of a Well-Constructed Novel ”
Get custom paper
NEW! smart matching with writer

During his travels Mr. Harker gets caught in a storm wrought with snowfall and seeks shelter whereupon he finds himself in a graveyard facing a marble tomb that appears to be impaled with an iron spike. As the storm rages and lightning strikes the iron spike Mr. Harker is knocked unconscious, however as he regains consciousness he discovers that he is beneath a very large wolf. The wolf is chased away by a troop of soldiers who have been sent to find him at the request of Herr Delbruck, who received a letter from a man telling him to spare no expense in finding him, which was signed by Dracula (394-403).

Stoker grabs his readers’ attention by setting an environment that readers can immerse themselves in using many integral elements to construct his first chapter of Dracula. Tim O’Brien and K.M Weiland are two authors who have written advice for authors to help them construct successful novels. In his essay “The Magic Show”, Tim O’Brien touches on the three things he considers most important to writing fiction: plot, character, and mystery.

An Analysis of Dracula by Bram Stoker as an Example of a Well-Constructed Novel. (2021, Sep 28). Retrieved from https://studymoose.com/an-analysis-of-dracula-by-bram-stoker-as-an-example-of-a-well-constructed-novel-essay 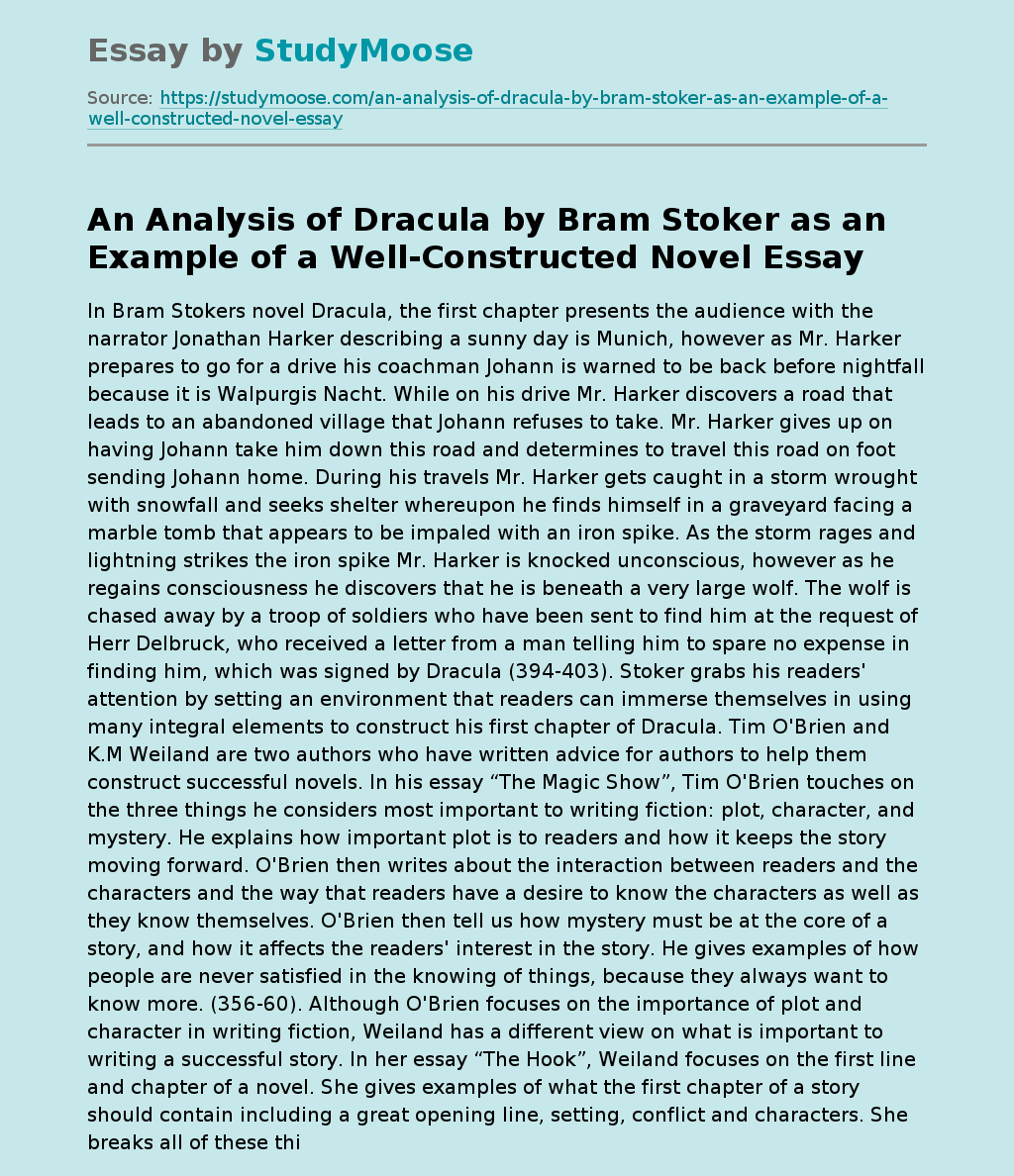