Amusement and theme parks are terms for a group of entertainment attractions and rides and other events in a location for the enjoyment of large numbers of people. An amusement park is more elaborate than a simple city park or playground, usually providing attractions meant to cater specifically to certain age groups, as well as some that are aimed towards all ages. Amusement parks evolved in Europe from fairs and pleasure gardens which were created for people’s recreation. The oldest amusement park in the world (opened 1583) is Bakken, at Klampenborg, north of Copenhagen, Denmark.

The temporary nature of these fairs helps to convey the feeling that people are in a different place or time. In common language, theme park is often used as a synonym for the term ‘amusement park’. A ‘theme park’ is actually a distinct style of amusement park, for a theme park has landscaping, buildings, and attractions that are based on one or more specific or central themes. A plurality of themes is not required to be considered a ‘Theme’ park.

Despite the long history of amusement parks, where many parks have traditionally incorporated themes into the evolving design and operation of the park, qualifying a park as a theme park, the first park built with the original intension of promoting a specific (or exclusive set of) theme(s), Santa Claus Land (currently known as Holiday World & Splashin’ Safari) located in Santa Claus, Indiana, did not open until 1946. 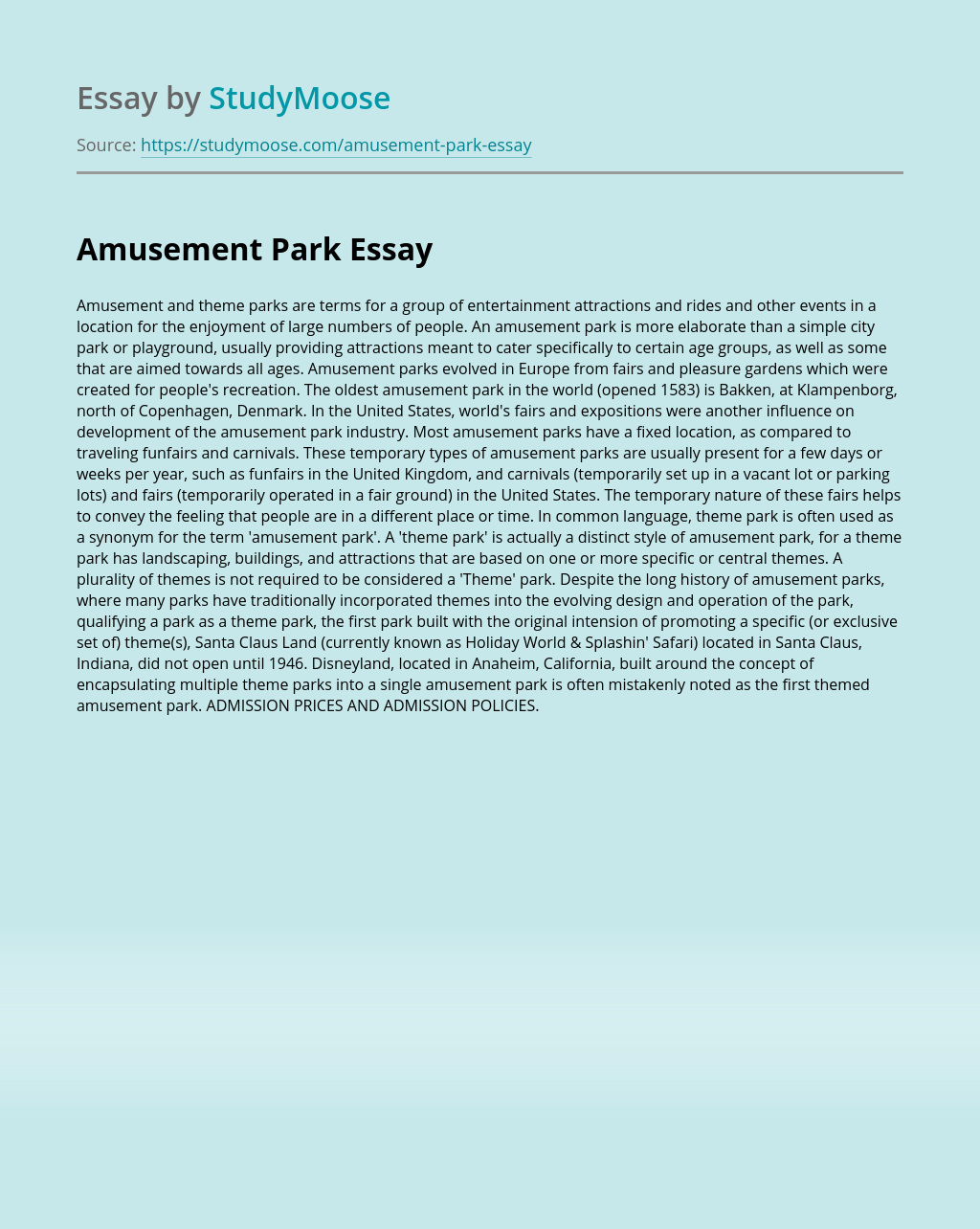