In the age just before Columbus sailed the ocean blue, there was abundant life, lifestyles, and necessities that sustained that. In the 1500s, Europe was as tense as ever. Kings and popes raise armies to fight against one another. The population capacity of Europe at this time was around one hundred million people. At this point, Isabella, the Queen of Spain, is the most powerful woman in Europe as well. Livestock and agriculture grown in Europe became important as the Columbian Exchange slowly overtook the Americas.

Don't use plagiarized sources. Get your custom essay on
“ America Before Columbus ”
Get custom paper
NEW! smart matching with writer

Water and wind were harnessed for power on farms, and domesticated animals were a crucial element of farm life also. Pigs and sheep were the main source of meat and leather. Mules pulled carts, cows gave milk and cheese. Around the same amount of people that lived in Europe also did in the Americas—100,000,000. The first explorers thought that giant mounds of earth were glaciers, but were really enormous ancient cities. People in those cities were mostly farmers.

Mans’ first feat of genetic engineering was corn; it was vital, and also unknown to the rest of the world.

Corn was key to flourishing cultures in Americas, and used to be a tiny grass stalk before it was bred into the lush cobs we know now. However, the Incas lived in the Andes, where corn did not grow, but they were a rich, successful, and powerful empire anyhow. They were famed for gold and potatoes, which they preserved by mashing. They also carved step-like terraces into the sides of the steep slopes they built their cities on to stop soil from eroding and collapsing underneath them.

They had only domesticated the llama, and it was for solely food and clothing. The natives in general set fire to the grasslands themselves because it made them lush and green; it attracted herbivores, and made hunting much easier for the natives. Back in Europe, only nobles were allowed to hunt, and if a peasant was caught, he was punished for poaching. Fishing was a humongous industry in Europe. The Anasazi people tried to live in New Mexico, but they had to use all of the forest and wood provided, and eventually ran out, so that they had to move elsewhere.

In Europe, people cut down forests for fuel and space; wars and huge buildings, like cathedrals also took large amounts of trees, even whole forests sometimes. Venice was the richest city, and it was entirely built on wood—literally. Kings and queens sent explorers out across the globe because they were desperate for resources, and Isabella sent Columbus to India. He set out in 1492 with a ragtag band of desperados and murderers and arrived in Cuba, what they thought was Asia. They left 8 pigs, and in 8 years, the population grew to 30,000 on the island of Cuba alone.

That was only the beginning of the Columbian Exchange. Over the next decade or so, many diseases, fruits, vegetables, animals, plants, and cultures will be mixed together. Monks went to find new converts, Spaniards left death and destruction wherever they went, the mustang was introduced to the Americas, England became the new superpower of the world, and the slave trade began to climb toward an economic peak. I learned many new details of life in the Americas and Europe before Columbus reached Cuba.

For instance, I had no idea someone could mistake a large mound of dirt for a glacier, or the crazy explosion of pig and horse population in the Americas. But I’m struck by a thought: it’s not really the Columbian Exchange, because it doesn’t spread both ways equally. I think it should more correctly be named the Columbian Invasion. I liked that the historians tried to explain why the Exchange didn’t happen both ways, but I either didn’t understand what they told us, or they didn’t explain it very well, because it’s hard to explain why something didn’t happen. 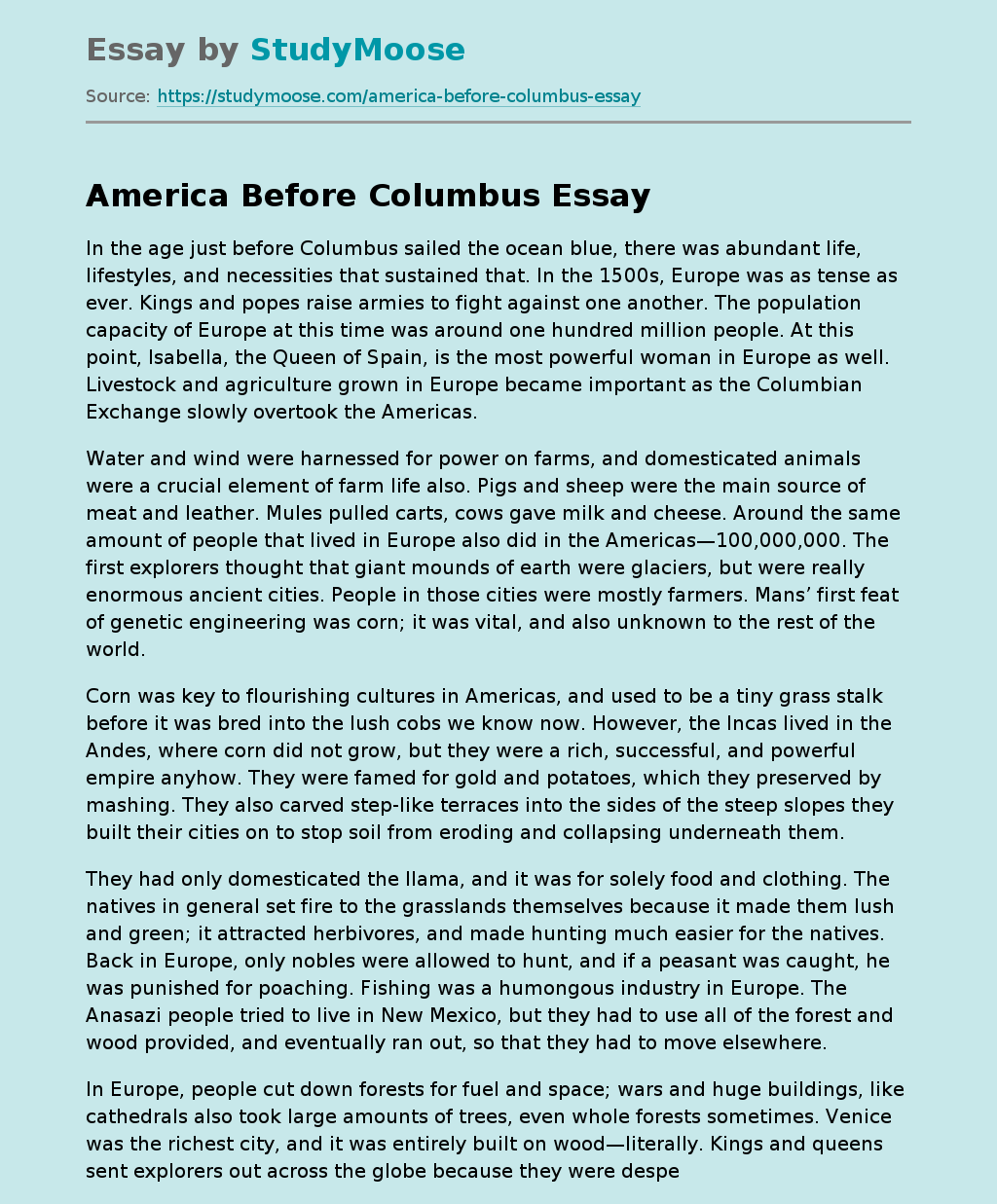