I would have such a fellow whipped for o’erdoing Termagant (II,ii,14)Hamlet is giving instructions to the troupe of actors that has come to the castle. These actors are going to perform a play within a play and Hamlet has added some lines to the play in the hope of exposing Claudius’ treachery. “Termagant” is an allusion to a god that Elizabethans believed Muslims worshipped. It out herods Herod (III,ii,14)Herod is the king in the Bible that had John the Baptist beheaded and was responsible for Jesus’ death.

Don't use plagiarized sources.
Get Your Custom Essay on Allusion: Literal meaning Just from $13,9/Page

This allusion is particularly important to Hamlet because like Claudius, Herod married his brother’s wife. John the Baptist told Herod that this was evil, so Herod’s wife Herodias instructed her daughter to ask for the head of John the Baptist, a request with which Herod complied.

Hamlet is telling the players not to overdo their acting, not to be more like Herod than Herod himself. “For O, For O, the hobbyhorse is forgot”Hamlet is talking to Ophelia.

It is right before the play is to be performed. He looks at his mother and Claudius and complains that they have forgotten all about his father, who has only died two hours ago. Ophelia tells him it has been four months. Hamlet’s response continues his pretext of being mad because he replies that his father has been dead two months, trying to convince Ophelia further that he is mad, but if a man is to be remembered after six months, he must build churches, otherwise he will not be remembered any more than a prostitute. The hobby horse allusion refers to a player in the pagan May-Day festivals and is sometimes associated with prostitutes 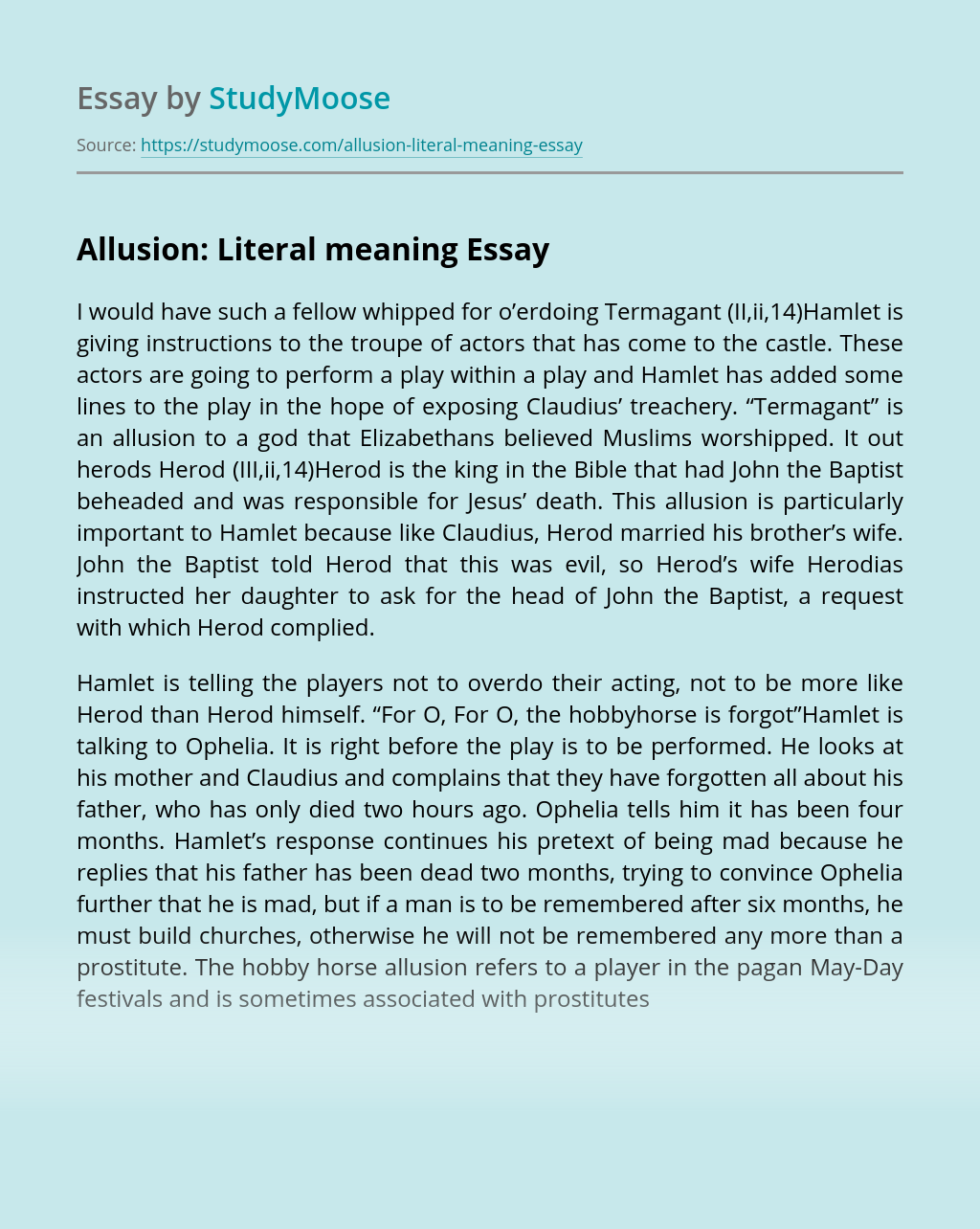