Albert Einstein is and always will be a world icon. He is a world icon because he thought outside of the box, investigated science for the good of the world, and is an inspiration for many future world leaders today. He has impacted the world in a way no one else can repeat. He created and invented many concepts in physics and sciences.

Albert Einstein thought outside of the box. Albert Einstein’s obsession with science started when his dad gave him a compass as a young child.

Don't use plagiarized sources. Get your custom essay on
“ Albert Einstein’s Obsession With Science ”
Get custom paper
NEW! smart matching with writer

According to a (“TIME”) article, “…he puzzled over the nature of the magnetic field for the rest of his life.” and “he tended to think in pictures rather than words.” Einstein was first amazed as how the needle in the compass acted like it was impacted by an invisible forcefield, rather than a touch contact. This theory drove his curiosity throughout his life. Imagination is more important than knowledge. Imagination is something that Einstein had a lot of.

His imagination showed him more than his knowledge did, because anyone can know what everyone knows, but his imagination took him to new places that no one else had ever thought of before.

Albert Einstein investigated science for the good of the world. According to (“Biography Online”), He is in the top 5 greatest scientists of all time. Einstein had completed many papers one physics. The second paper was on the photoelectric effect, contained a revolutionary hypothesis concerning the nature of light. Einstein not only proposed that under certain circumstances light can be considered as consisting of particles, but he also hypothesized that the energy carried by any light particle, called a Photon, is proportional to the frequency of the radiation.

” (Funk & Wagnalls New World Encyclopedia. 2018, 1p.) Einstein also presented his general theory of relativity in the work of lectures. He published those lectures in 1916. “Over the next few years, as physicists and others worked their own way through Einstein’s theory, his extraordinary intelligence became widely known, first within the scientific and mathematics communities and then far beyond, as more and more people came to equate his name with genius.” (Albert Einstein. 8/1/2017, p1-3. 2p.). Albert Einstein also received a Nobel Prize in 1922. ”During the selection process in 1921, the Nobel Committee for Physics decided that none of the year’s nominations met the criteria as outlined in the will of Alfred Nobel. According to the Nobel Foundation’s statutes, the Nobel Prize can in such a case be reserved until the following year, and this statute was then applied.” Although, he was nominated in 1921, he recieved it in 1922. (The Nobel Prize Website).

Einstein is an inspiration for many future world leaders today. According to many recources, he is one of the most well known scientists and influencers of the 20th century. Einstein was also known for not being that good at school. He was actually very smart, but he hated the disciplined style of learning. According to (HISTORY), he also avoided other children and had severe temper tantrums. His parents also worried that he had a learning disability. “…because he was very slow to learn to talk”. (A&E Television Networks) This shows others inspiration because he was a lousy and slow learning student, like most, but he still had tons of knowledge and became famous from his studies. His childhood is one of the most important contributions to his success.

From all this being said, there is no question that Albert Einstein is still the most influential scientist of the 20th century. He is a world icon because he thought outside of the box. He also investigated science for the good of the world. This makes him an inspiration for the future leaders of our world. 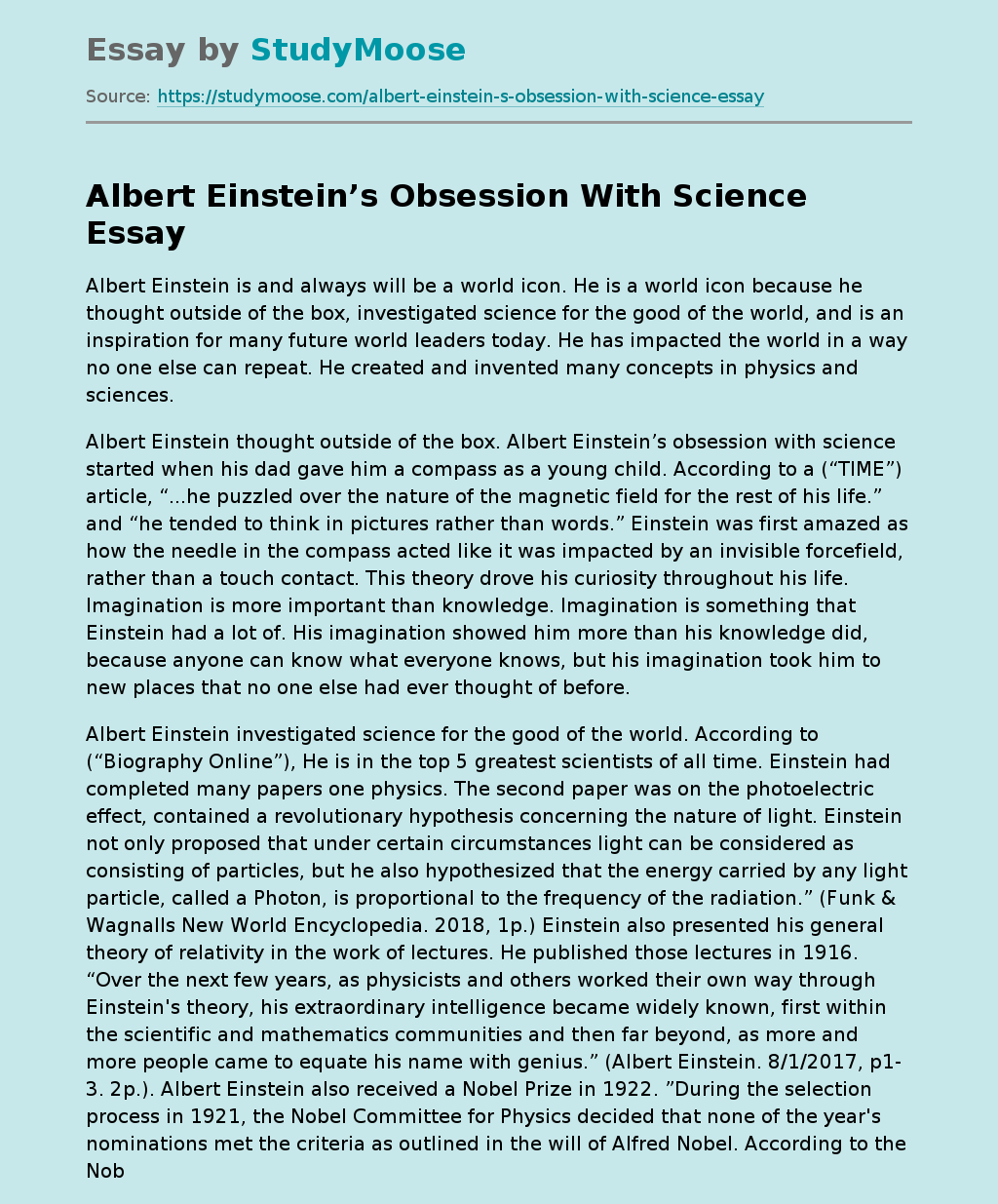