Albert Einstein was born March 14, 1879 in Ulm Germany. He was raised in Ulm, Germany but six years after he was born he moved to Munich, Germany. Albert began going to school in Munich.

Don't use plagiarized sources. Get your custom essay on
“ Albert Einstein ”
Get custom paper
NEW! smart matching with writer

He also took lessons for violin from the ages of six to thirteen. At home he was taught Judaism (Jewish- his religious belief). Albert Einstein’s favorite role model was Gandhi because his quote “Generations to come will sacrifice believe that such a one [Gandhi] ever in flesh in blood walked upon this earth.” He also wrote a letter to Gandhi saying he wishes to meet him. Albert Einstein became very famous in history for introducing the theory of Relativity, birth of the nuclear power, nuclear fusion and fission, atomic bomb, and discovering subatomic particles.

Albert Einstein had many accomplishments like: he did research while working as a clerk. He wrote a famous equation which was E=mc2 the equation showed a relationship between matter and energy. Albert Einstein also figured out and explained how the stars shined. Then later on he developed the theory of relativity which explains gravity. His discoveries helped society because he was able to invent the refrigerator that operated on alcohol gas and advance mathematics and science.

A good role model is someone who is skeptical, risk taking, and influencing. Albert Einstein had a good reputation because as a kid he had very good grades and when he was an adult he was a leader and enjoyed education. He used to love charities because he liked to help and support.

Albert Einstein faced many obstacles through school. He had dyslexia but it went away. He was not able to speak until the age of four, and he couldn’t read until seven years old. He did very poorly in elementary but soon was able to pick up on the pace. He was expelled from school because he was “mentally slow” and had to attend a polytechnic school for a while. 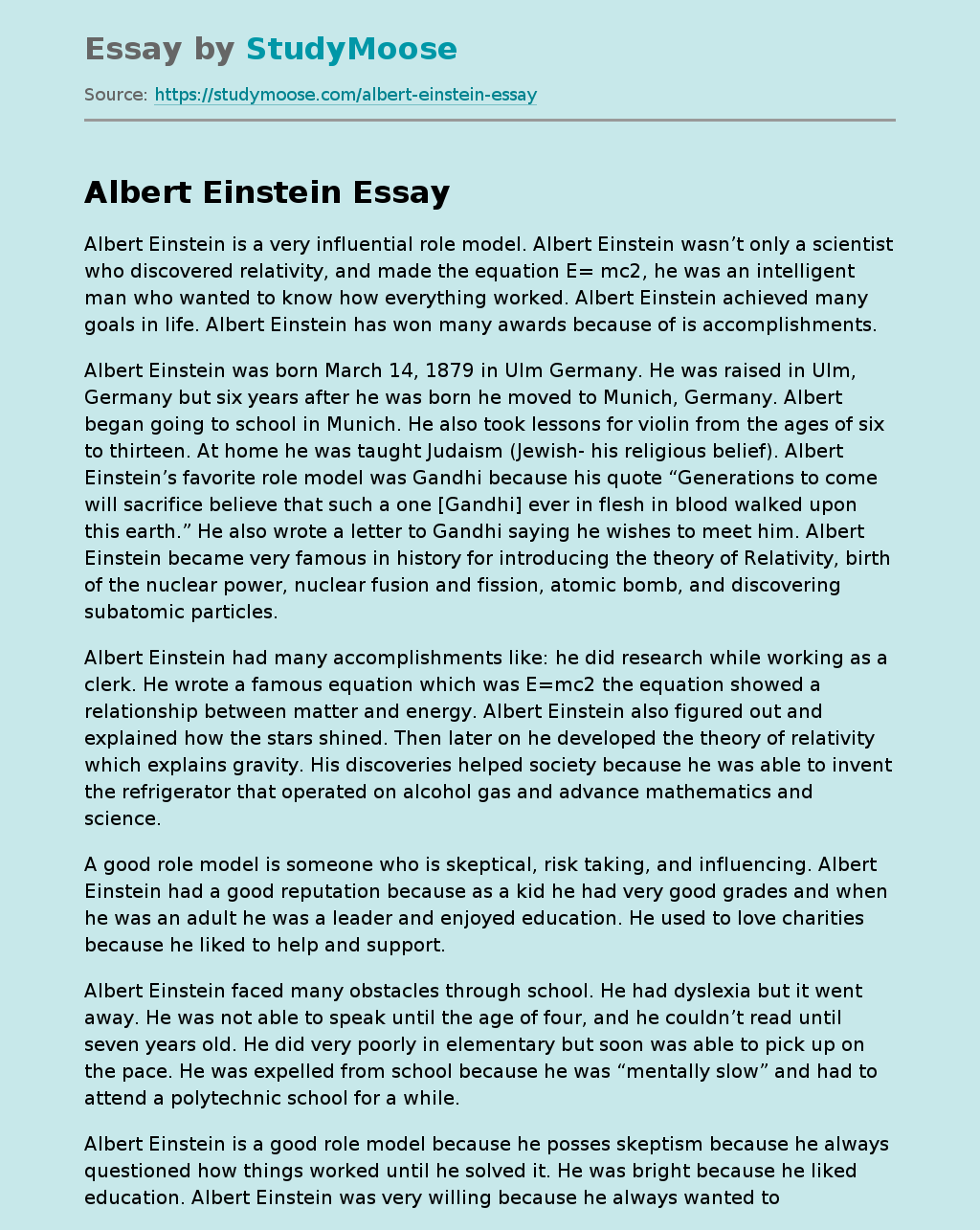