Secondary flight control surfaces are often works mechanically or via computer programming by sensing the correction have to make in order to maintain the aircraft stability. Older aircraft does not have as many secondary flight control surfaces compared to the latest jet design. This is because, over the time the engineer working hard enough to increase the aircraft ability, performance and capability.

Nowadays, all the latest aircraft design are fitted with sophisticated devices to increase its performance and reliability.

It is devices used to improve the lift characteristics and are mounted on the trailing edges of the wings.

It also can be used to reduce the speed at which the aircraft can be safely flown and to increase the angle of descent for landing.

Flaps are extended at a specific value in accordance to the manual. Flap at this configuration are used to trade runway distance for climb rate.

Flaps may be fully extended for landing to give the aircraft a lower stall speed so the approach to landing can be flown more slowly, which also allows the aircraft to land in a shorter distance.

The lateral control system is trimmed by shifting the neutral position of the aileron control system with an electric motor-driven aileron trim actuator. The actuator is controlled by switches on the pilots’ control stand.

Slats are aerodynamic surfaces on the leading edge of the wings of fixed-wing aircraft which, when deployed, allow the wing to operate at a higher angle of attack. A higher coefficient of lift is produced as a result of angle of attack and speed, so by deploying slats an aircraft can fly at slower speeds, or take off and land in shorter distances. They are usually used while landing or performing maneuvers which take the aircraft close to the stall, but are usually retracted in normal flight to minimize drag. 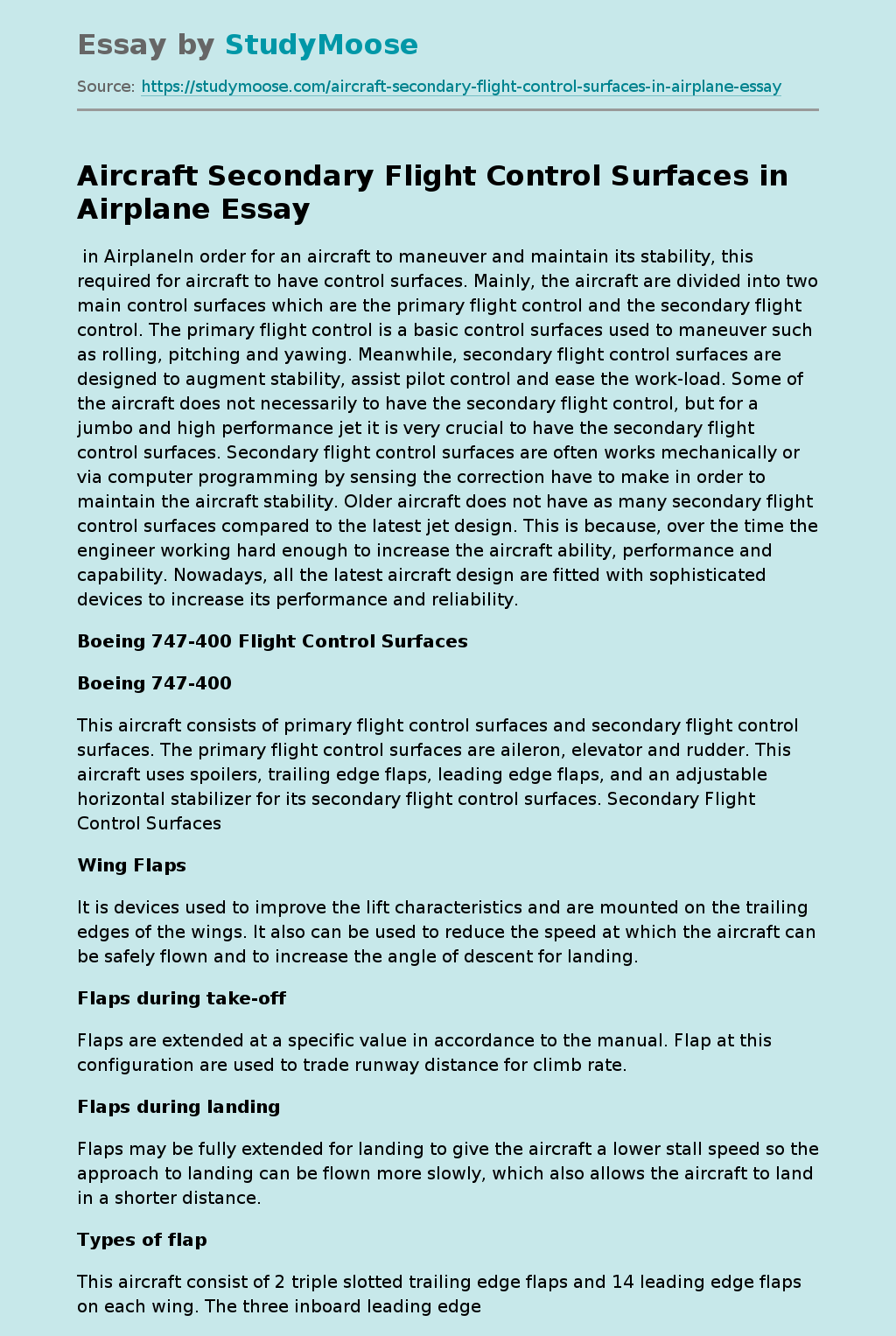