Aggressive driving refers to dangerous driving that disregards safety and courtesy. The U.S. National Highway Traffic Safety Administration defines aggressive driving as occurring “when individuals commit a combination of moving traffic offenses so as to endanger other persons or property.” Driving behaviors that commonly constitute aggressive driving include:

•speeding,
•racing,
•frequently changing lanes,
•cutting off other drivers,
•failing to signal,
•running red lights,
•failing to yield,
•tailgating,
•slowing rapidly to discourage a tailgater, and
•boxing other cars in and using other intimidation maneuvers.

Don't use plagiarized sources. Get your custom essay on
“ Aggressive driving ”
Get custom paper
NEW! smart matching with writer

In addition, aggressive drivers may further try to intimidate their victims by shouting or making obscene gestures at them. Several different legislatively-defined driving offenses are similar in some ways to aggressive driving. While statutory definitions vary from state to state, they include the following: Careless, inattentive, distracted, or negligent driving involves failing to exercise normal care, or endangering people or property, while driving a vehicle. Many states are adding to their statutes specific language prohibiting use of certain technologies while driving.

Some states include negligent driving under reckless or impaired driving statutes so that defendants plead to the lesser negligent-driving charge to avoid the more serious charge. Reckless driving is a more serious form of careless or negligent driving. It is variously defined as creating a substantial or unjustifiable risk of harm, a conscious or wanton disregard of safety, and/or a gross deviation from reasonable behavior in the situation. Aggressive driving addresses many of the same behaviors covered by reckless driving statutes, but adds a notion of a pattern of behaviors occurring over a short period and/or intention.

As intention is difficult to prove, states with statutes that require the standard of intention be met often see aggressive driving charged as reckless driving.

Driving behaviors included in the definition of aggressive driving could result from aggression, selfishness, or competition. As many of the behaviors that constitute aggressive driving could also occur in the absence of aggression (if a driver is inattentive, for example), some state legislatures use a threshold of three or more potentially aggressive driving behaviors committed in a sequence or over a short period in their statutory definitions. Aggressive driving definitions should cover hostile, competitive, and selfishly motivated driving behaviors. Road rage is a more extreme form of aggression that involves criminal intimidation and/or violence precipitated by driving activities. Road rage involves an intent to harm, can involve use of the vehicle as a weapon, or can take place outside the vehicle(s) involved. Driving provokes anger more often than other activities. Driving is a goal-oriented activity, the purpose being to get from point A to point B expeditiously; yet people easily and frequently thwart driving goals. Driving is also a stressful activity that exposes drivers and passengers to potentially significant dangers. Incivility amongst drivers is common and reliably provokes anger in its recipients. For all these reasons, drivers report frequently feeling angry. Anger may, but usually does not, lead to aggressive driving or road rage. Situational, cultural, and individual factors combine to cause angry drivers to behave aggressively behind the wheel.

Two-thirds of traffic fatalities involve behaviors commonly associated with aggressive driving, such as speeding, running red lights, and improperly changing lanes. One-third of all traffic injuries result from aggressive driving. Speeding, a common element in aggressive driving, contributes to about one-third of fatal crashes Several studies have shown that somewhere between 20 percent and 35 percent of drivers have honked their horns, yelled, obscenely gestured, and cursed at other drivers. Estimates indicate that from 6 percent to 28 percent of drivers have tailgated or blocked other drivers’ vehicles. These behaviors can be part of a pattern of acts that constitute aggressive driving, and they can also provoke anger that could lead to aggressive driving in others. Research findings are mixed on whether aggressive driving is more prevalent today than in the past. What is known is that aggressive driving occurs frequently and is a significant contributor to injury and fatality collisions. While the violent and assaultive acts that constitute road rage are rare, they deserve police attention. . Occasionally, motorists have found themselves in unpleasant situations involving abusive gestures or language from another driver who takes issue with how they drive. Anxiety and frustration can quickly spark an aggressive or careless driver who tailgates, speeds, fails to yield the right of way among other behaviours. Aggressive driving behaviour may lead to incidents of road rage where motorists have been threatened and/or subjected to retaliatory actions by angry motorists. If people drive responsibly they will reduce the chances of conflict on the road and help make our roads safer. Experts recommend the following tips to help avoid road conflicts:

•Plan your route in advance. Some of the most erratic and inconsiderate driving occurs when motorists are lost;
•Make a conscious decision not to take your problems with you when driving;
•Combat the warning signs of stress by getting fresh air and breathing deeply and slowly. Listen to relaxing music; •Avoid long drives if you can. If you take a long trip, stop every few hours for a rest. Before and during a long drive, avoid heavy meals which tend to make a person lethargic;
•Drive in a courteous and considerate manner. Give way at busy intersections and where traffic lanes merge;
•Don’t compete or retaliate. If someone’s driving annoys you, don’t try to “educate them”. Leave traffic enforcement to the police;
•Don’t take other driver’s mistakes personally;
•Avoid honking your horn unless absolutely necessary and, if you must, tap on it lightly;
•Say, “Sorry” if you make a mistake. An apology can reduce the risk of conflict;
•If you are being physically threatened, stay in your car and lock the doors. If you have a cell phone call the police. Use your horn and lights to attract attention;
•If you think you are being followed, do not drive home. Go to a police station or a busy public place;
•Don’t carry a defensive weapon; it might provoke a potential assailant. 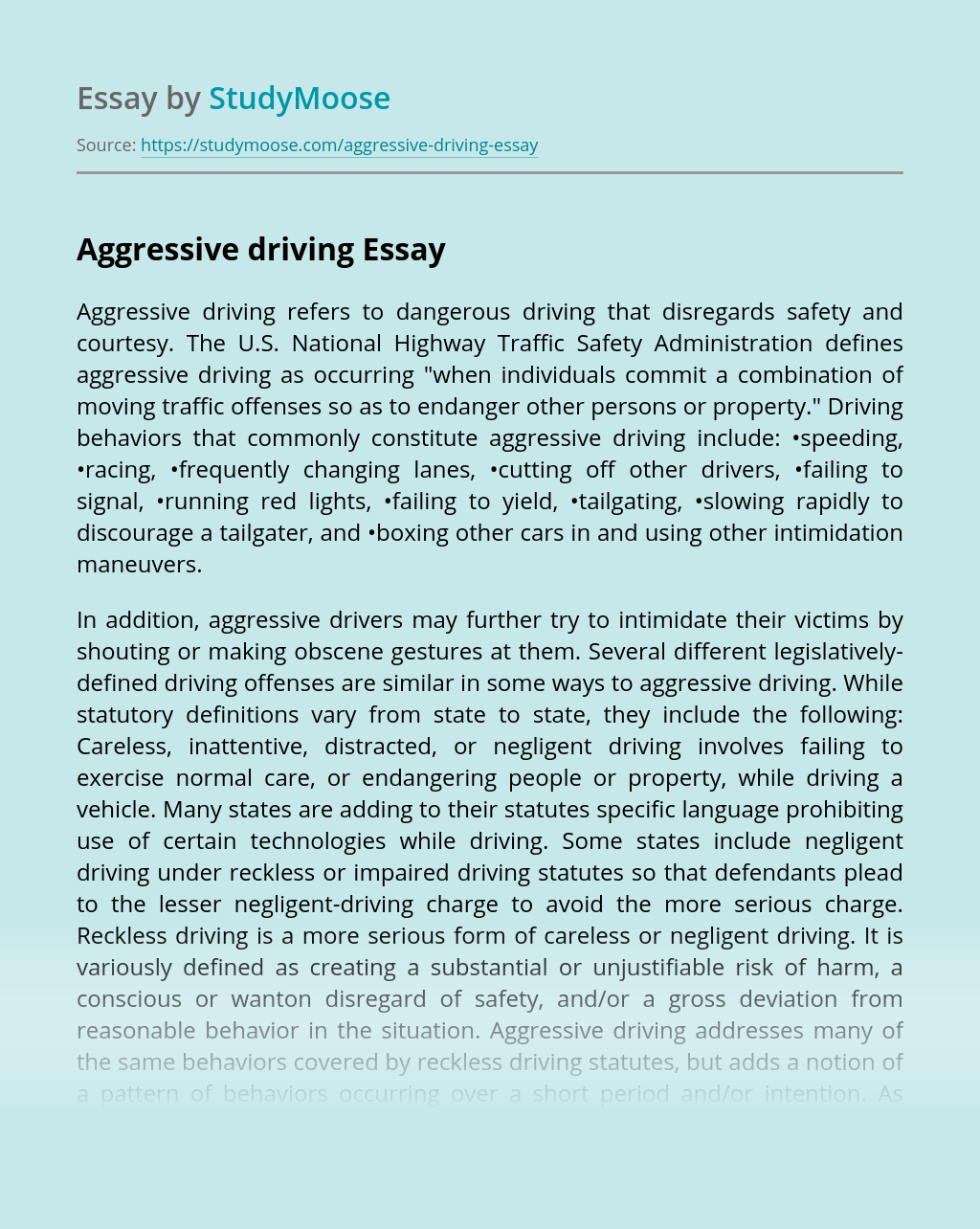