Aesthetics is the branch of philosophy concerned with questions of beauty [Anike.C et al, 2015]. The concept of a ‘perfect appearance” forecasted by the media can influence the way the modern beauty conscious society thinks. Aesthetics is also implemented in dentistry and dental aesthetics refers to the subspecialty of odontology which provides beauty and harmony to a person’s smile [Manipal.S et al, 2014]. It is concerned with the correction of the smile, changing the facial profile and correcting jaw relations.

Don't use plagiarized sources. Get your custom essay on
“ Aesthetics is the branch of philosophy concerned with questions of beauty [AnikeC ”
Get custom paper
NEW! smart matching with writer

Good dental appearances can be a requirement of prestigious professions among some professional groups [Afroz.S et al,2013]. Smile makeovers can also improve a person’s self-esteem [Davis.G et al, 1998]. Therefore, there is an increased demand from the public for aesthetic dental treatment [Morley J et al, 2001]. This essay evaluates the systems used to record and replicate oro-facial related tissues. It also critically analyses how the oral cavity and craniofacial configuration influences dental and facial aesthetics. Facial aestheticsFacial aesthetics is based on principles such as symmetry and facial proportions.

Aesthetics is the branch of philosophy concerned with questions of beauty [AnikeC. (2019, Aug 20). Retrieved from https://studymoose.com/aesthetics-is-the-branch-of-philosophy-concerned-with-questions-of-beauty-anikec-essay 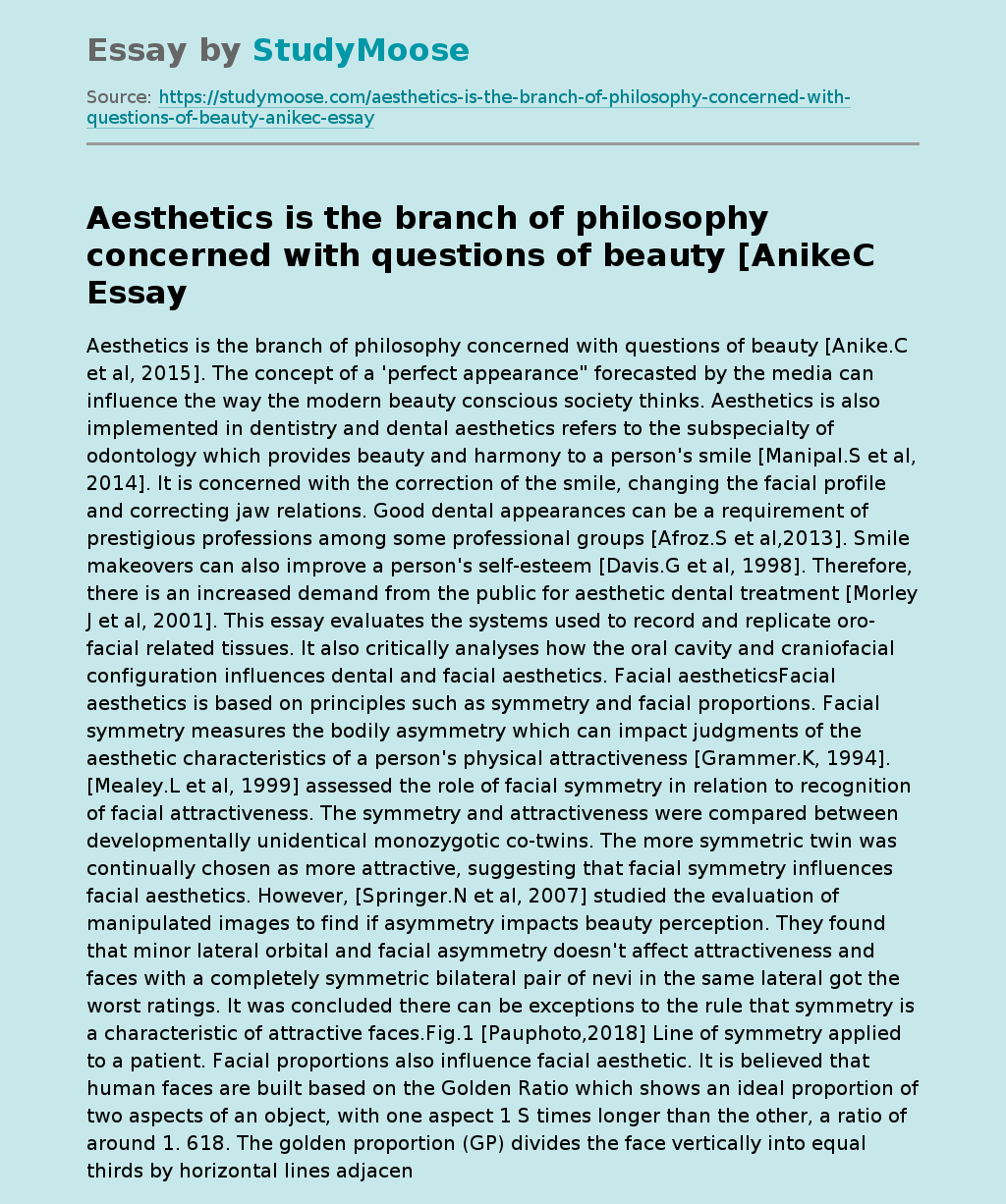